I just ordered an incredibly cheap 4k TV but I have no idea what to do as far as media hubs go. I assume that, given the price band, the TV won’t have many options for media streaming, Netflix or whatever.

So what’s the best option for streaming 4k (non HDR) content? My current housemate​ is far more tech literate than I am and we have jumped between Kodi, Serviio and a couple of homebrewed solutions over the last couple of years.

Mrs. Cynical and I are moving into a new place in June and I want advice from other happy mutants; what do you use, how did you patch it together and what are the drawbacks to your own solutions? I’d like to have an easy-to-use solution that would let us stream 4k content but also drag-and-drop torrents into an external HDD. Any suggestions?

So- here’s what I do (which won’t answer all of your question, but might be useful?):

Why did you go for Roku over the alternatives? I’m contemplating one of the new Chromecast dongles but I’m completely out of my depth, tbh…

I second the choice of Plex + new Roku. What @nothingfuture describes above is what we use. Works fine and I don’t have to mess with it much.

Why did you go for Roku over the alternatives?

We had a Roku 3, and upgrading to a Roku 4 (which does 4k) seemed like the easiest option.

Does Plex require a standalone server rack or at least a dedicated PC to run the media server part? If so, how beefy does it need to be? Could I reformat my ageing laptop (SSD, 4gb of RAM but horribly underpowered CPU) and be done with it?

So: the requirements for PLEX aren’t too bad, but there are a few caveats.

Does Plex require a standalone server rack or at least a dedicated PC to run the media server part? If so, how beefy does it need to be? Could I reformat my ageing laptop (SSD, 4gb of RAM but horribly underpowered CPU) and be done with it?

It depends on what you want to do with it and how many clients you intend to have. If you pre-convert everything and have only one or two users, an old laptop will do it. If you have lots of clients, videos that need to be transcoded, and 4k files, you’re going to need some big iron. We have a home server that handles all that and everything else.

Exactly.
When I started with my PLEX, I used an ancient Macbook Core2Duo with 2gb ram. It did fine with multiple streams of low-ish rez video that was already transcoded. High rez & multiple streams? Nope. Got us started, though.
Now mine runs on a server (which is also my primary computer) in a rack in the basement because I’m slightly demented. I have zero 4k material on it- the file sizes I’ve seen kicking around are… nuts. And given that a lot of “4k” releases are upscaled 2k (because Hollywood shot them that way or whatever…), I’m not in a wild hurry to go accumulating source material. Yet.
Growing amount of 4k YouTube out there, though…

Roku has the best interface, especially for commercial services like Amazon Prime and Hulu. Fire stick is most portable, and it can also sideload Kodi. The Kodi on the Pi has the best video decoders, looks the best (except for the BR player), and plays the most files, plus it functions very well with a usb keyboard.

FWIW, this is what I did recently, just to compare:

I’ve had a Chromecast for a couple of years now, and I love it. I especially like that you can cast TV and podcasts and music and photos and whatever else comes up. After the initial setting up (I had to upgrade the firmware on my oldish router) it just worked.

More recently I got a Western Digital My Passport Wireless Pro. It’s a hard drive + wireless, and you can install a Plex server on it. I installed the Plex app to my phone and use it as a remote to Chromecast media from the Plex server to the TV/stereo.

I’m using the Plex as an excuse to tidy and standardise my files, so it’s taking a while, but at this point most of the music is on there, and it’s been lovely to play.

I don’t download streams, but I suppose if I wanted to I could put them on my phone and then Chromecast them.

Ooh, that’s a cunning solution; I like it. Any drawbacks that you can think of?

It means all the controller apps are on my phone. If someone had Chromecast apps on their device and I gave them network access they could cast their own stuff; otherwise they are reliant on my phone. I don’t let anybody use my phone

Will a Chromecast do 4K?

Hm, mine’s old (but so is my TV), so I just checked, and a Chromecast Ultra will do 4k.

Chromecast Ultra seems to be the best choice for 4k but I’m torn between it and an Nvidia Shield. Chromecast Ultra isn’t available yet in Singapore and I’m not planning on buying another console until Xbox Scorpio launches, so the extra gaming capabilities should tide me over until then.

Anybody got one? Are they any good? 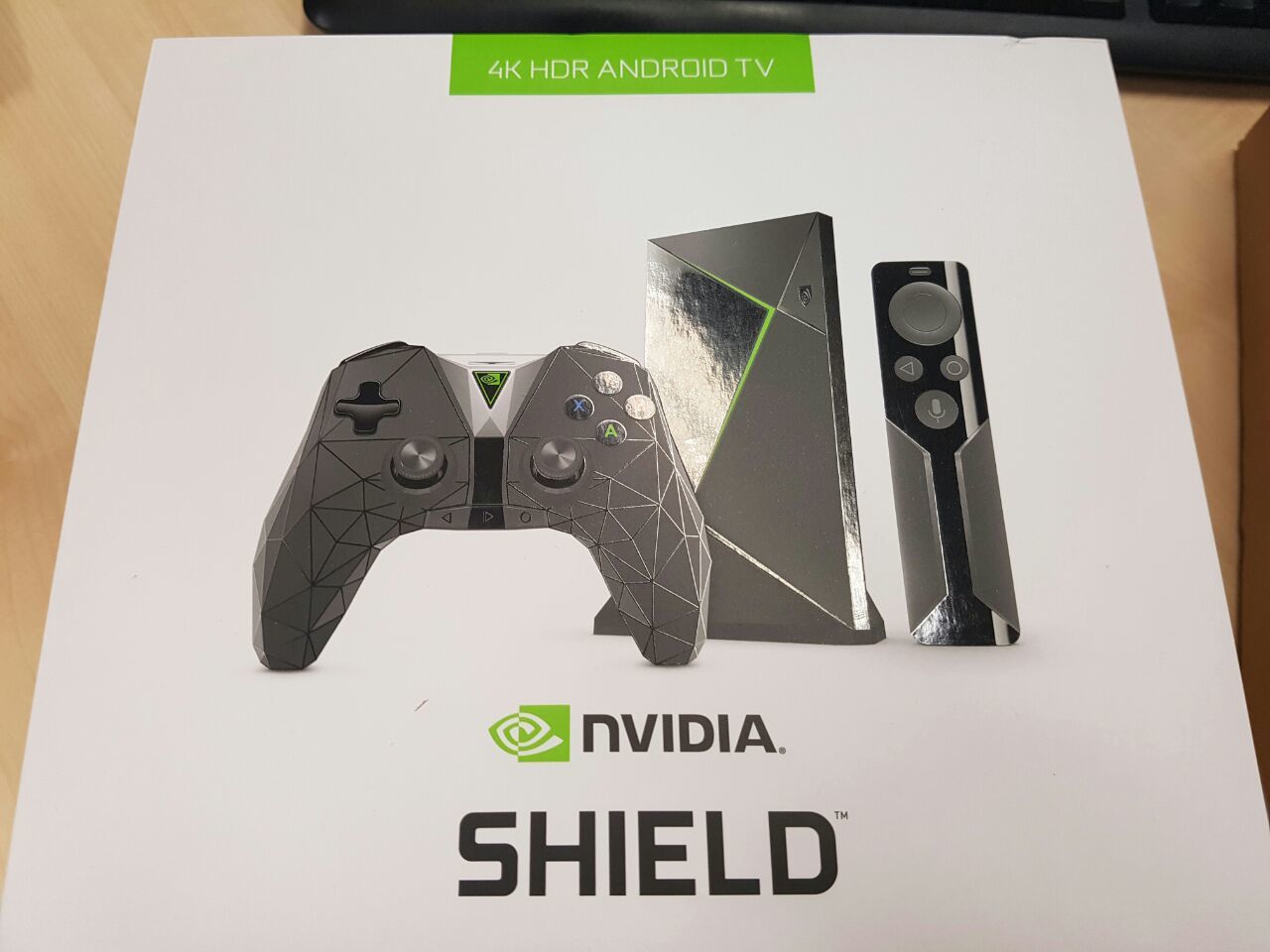 This just arrived at work. I am now desperately trying to think of a reason I need to work from home this afternoon so that I have an excuse to leave early…

You never told us how it worked out! Poot. Any luck?

It’s a seriously nice bit of kit and I’m really glad I bought it. I’m mostly using it to watch Netflix in 4K HDR but I have also mounted a 1tb external HDD as internal storage and am using TTorrent to download other (completely legal, natch) media. TTorrent has a web interface so Mrs Cynical and I can just copy paste a magnet link on our phones and it will automatically move the completed file into the correct Plex media folder when it’s done.

It’s an Android box but it has some serious grunt to it and does a very good job of upscaling videos into 4k or near enough. I’ve also copied across all my music and am using Plex to stream to the PS4 while I play games, which works wonderfully.

There was a little bit of faffing about with the initial setup (mostly me just trying to figure out display settings) but it was mostly incredibly intuitive and “just worked” out of the box.

The GeForce now stuff doesn’t have a server nearby enough for low-latency remote play but I’m buying a second hand PC next month and looking forward to tinkering with it some more and seeing if I can’t get it upscaling the PC’s output onto the TV too.

Definitely happy with the purchase.