I have always loathed diet sodas of any stripe, because artificial sweeteners have such a dreadful aftertaste.

I got used to aspartame a long time ago (took awhile), and now soda with sugar tastes bad to me! And I don’t notice any aftertaste. It’s just two amino acids stuck together, so I figure it’s rather safe (I don’t get headaches or any other adverse effects people have reported). I avoid Splenda, though; its sweetness comes from sucralose, a sucrose with three chlorine atoms attached. That just sounds too weird.

A friend at work bought the store brand of Dr. Pepper, called “Dr Perky.” The name was so dreadful (as was the contents) that he kept the empty can on his shelf as a memento.

Mexican coke doesn’t sound like soda at all though . . .

Mexican coke doesn’t sound like soda at all though . . .

What’s funnier is they actually say Coca down here.

Buy one implant, get the second one free.

Sounds like a thing that should have some booze in it.

Dr. Pepper with a shot of Jameson’s dropped straight into it?

A Lewiston Car Bomb is a shot of Jager dropped into a glass of Moxie, but I think I just made that one up

While this whole line of discussion probably In this Post, I had purchased a bottle of RoxoЯ Gin since it was a Texan Artisanal Gin.

The only thing it paired with was Dr. Pepper. Or, more specifically, Dr. B (The HEB store brand).

So the short lived cocktail - The Dr. BoxoЯ - was drank at my house until the foul bottle was finished.

… I’ve been teetering on the brink of total bankruptcy for a while.

The precariat: the working poor, whomst art but one failed payment from total penury[/i].

I am amazed that The System has managed to remain solvent for this long given the precarious state of the national economy. The population in Canada grew by almost 50% from 1992-2015, while the number of vocational opportunities failed to keep pace.

I know - ans work with - adults who have no savings and have to work two full time positions to make ends meet. Some of my coworkers have three jobs and are still falling behind.

Our country has failed.

As I gaze outside, I see a country of people in chains.

Today, the skies are dark and the sun is blood. 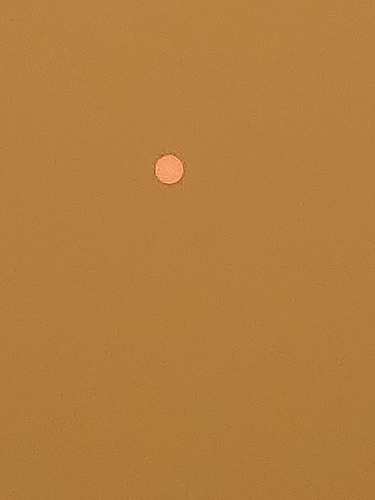 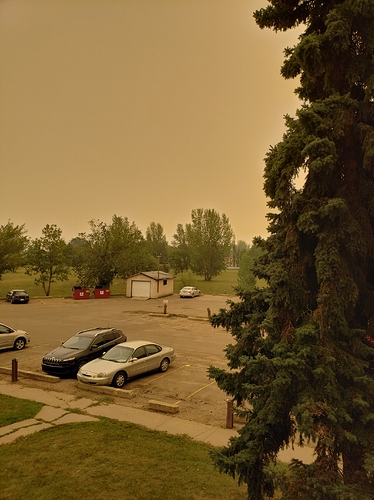 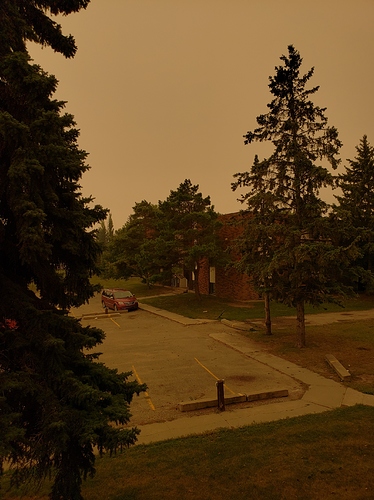 Sorry to hear this. Those pictures are depressingly bleak.
How is capitalism supposed to work when people have no money to spend? I’ve always wondered what business people are thinking when they look at their sales figures going down. Maybe it’s their own damn fault?

Capitalism. It only works in theory.

This is why we must eat the rich…for our own survival.

The precariat is bigger than most people assume, too. Many don’t realise that they’re a part of it until it’s too late. TPTB have done an amazing brainwashing job. They’ve got people convinced that everything is fine, thay failures are individual and that poverty is a failing, because if we recognised the truth, we’d be dangerous.

I wish I could help.

I promise I don’t live on fantasy island, but I like to think that capitalism can also work when all participants are on equal footing, negotiate in good faith, and are participating voluntarily. (I feel like a naive utopian saying that, but if I have a thing & want money, and you have money & want the thing, and we make a square deal that we are both pleased with, that’s capitalism working.)

As soon as one party can overwhelm the other, or use the violence of the state to enforce an unequal situation, it’s a fucked deal. And, the way it works in this timeline, it’s always a fucked deal for the party with less power. They call it capitalism, but it’s oligarchy.

I think it’s been said before, but human beings aren’t very nutritious to other human beings, and rich humans in particular are loaded with all sorts of toxins.

Compost the rich, don’t eat them.

Compost the rich, don’t eat them.

This would be even safer:

Plasma gasification is an extreme thermal process using plasma which converts organic matter into a syngas (synthesis gas) which is primarily made up of hydrogen and carbon monoxide. A plasma torch powered by an electric arc, is used to ionize gas and catalyze organic matter into syngas with slag remaining as a byproduct. It is used commercially as a form of waste treatment and has been tested for the gasification of municipal solid waste, biomass, industrial waste, hazardous waste, an Small pl...

I dunno. I like the “let nature take its course” approach, rather than generating still more hydrocarbons to burn.

Carbon sequestration via reforestation, that’s the key. And here’s a nice, convenient source of fertile soil for those trees to grow in.

As I’ve said before, I’m here to help anyone who is considering a move south to Mexico. Decent non-beach rentals can be had for 200-300 bucks.
“La Medica” and I are still trying to figure out the dating part (she works way too many hours), but I’ll be a citizen eventually.

Good point. I hope one day they can pair that with a mass spectrometer to separate the elements, to recover any material resource from anything. On a large scale.

I like to think that capitalism can also work when all participants are on equal footing, negotiate in good faith, and are participating voluntarily.

It’s just a jab at the old chestnut that socialism sounds great on paper, but only works in theory.

Capitalism could work just fine if we could breed out all the assholes.

Everything would work better without the assholes, for sure.