The right has been instructed to view us as an urban elite. Cities are where people die of strange plagues. The sprawl is somehow different.

I have this weird Malthusian fantasy that all the Trumpers and the aging population that is also voting for him will die off, but I think that isn’t how it would actually play out.

It has been officially confirmed. The infected individual was last in the office last Tuesday. So for the past week I have been working surrounded by it. In the words of Vladimir Harkonnen, “am I alive?”

Tonight the office is being disinfected. Coming to work tomorrow is optional, but for designers there is! no! option!

Right now my nose feels a little stuffy. But I think it’s all psychological.

Right now my nose feels a little stuffy. But I think it’s all psychological.

I have felt that kind of illness just long enough that I know Covid-19 is too new to be responsible. I’m not sure if that’s reassuring or not.

I have this weird Malthusian fantasy that all the Trumpers and the aging population that is also voting for him will die off, but I think that isn’t how it would actually play out.

I really hope it does as little as possible, but I have been sort of hoping Trump himself might not make it. After doing everything he can to dismantle disease control and hindering sensible responses for the sake of ratings, getting leveled by the same virus because nature can’t be fooled…of all the possible endings to the story of the con-man turned president, I think that would be a decently poetic one.

of all the possible endings to the story of the con-man turned president, I think that would be a decently poetic one.

The indecent ending would be immurement.

I think that would be a decently poetic one.

This would be the right’s take:
It’s a left-wing germ-warfare assassination. All these mainstream media stories are just a cover. Trump has been the target all along.

I’m noticing every damn time I sniffle or someone else coughs. But I almost always have some kind of low-grade allergy or sinus thing going on. I figure I’ll probably get COVID-19 and never even notice.

At work there’s been nothing about it from management yet. I don’t expect them to ever react quickly to anything, so this is about on par. Our lead developer said Monday there was about a “0.2% chance” we’d be asked to WFH, and Tuesday the IT guy asked everyone to make sure they can remote in.

As far as I can tell, there’s no reason except company culture why we can’t all work from home on a regular basis – we already have four remote employees on three continents. I basically come to the office, sit in my cubicle, put on my headphones and communicate through email and IMs, except for Monday morning 15 minute meetings and one company lunch per month.

Had a meeting with someone like that yesterday. I have to say, by the end of our conversation, he seemed to be more willing to believe that it was something to take seriously after all.

He also didn’t know that Republican presidential candidates were being kept off the primary ballots by their own party so that the only R one could vote for is Trump. Figured as long as I had his attention – and he seemed to be starting to waffle on how great Trump is as President – I’d go for broke.

And that is the closest thing to a ‘silver lining’ I can see with this horrible outbreak: people are starting to get into survivor mode, which enables them to finally see that their emperor has no clothes.

Major Travel Influencers Say They're Losing Income And Are Being Forced To...

"Things are looking a bit bleak at the moment and there are definitely moments of uncertainty."

Who will think of the influencers!?!?! It won’t be me, because I’m a lot more worried about the servers, janitors, temps, any anyone making minimum wage at one of those “manager says, you should be grateful you even have a job” type jobs. Those folks are looking at something quite a bit more uncertain and bleak. Those are the folks who need a bailout, but that would mean writing checks to poor people, and that seems like a no-go for the GOP.

Daughter’s college going to remote learning. They may not even have an on campus graduation ceremony.

It’s her final semester and her main course is Organic Chem II.

And her Frosh roommie is from Vietnam so I’m planning to host her as well. She’s wonderful so it’s good for me, but this situation is cray cray.

Journal of the Corona Year

The subway was half-empty again this morning. I guess Purim was not to blame yesterday.

In my car, I was the only person to exit at Whitehall Street. Normally so many people exit at this station that it is common to have to fight your way onto the platform. The stairs barely clear before the next train enters the station letting off another equal amount of people. Where did all these people go?

The office was mostly empty, but there was still a lot of work to do. When you’re dealing with email it’s hard to know who is there and who isn’t. I figure the office is safer now than it was yesterday since it was disinfected.

One of the trade papers’ websites reported the situation this morning and said we were closed for business.

In the afternoon, one of the senior brokers came by to discuss his project. He was literally stunned to learn that there is no established protocol to allow design staff to work off-site.

There was no word from IT today about anything.

There are rumors that other companies in the 35-story building are sending staff home because our floor, the 26th, is contaminated.

Last night some of the younger staff members had a Corona Party somewhere.

For the past couple of days my right nostril has been slightly stuffy. Is this it?

Members of the Healthcare Team are workaholics and have alcohol in their communal office. I saw my manager going in there around 6:30. I could hear some of them singing along to “Just the Two of Us.” By 7:00 I could hear “Hotel California.”

As I was leaving around 7:15 my manager waved me into his office. He informed me “this is an unmitigated disaster.” His kids were sent home from school today because someone at the school had read the trade papers. He cancelled his vacation and will probably be working from home for the next two weeks. He was hard to talk to because he was slightly intoxicated. I had to reassure him three times that neither I nor the rest of the design staff were able to work from home. “You do what’s right for you,” he told me.

On the way home I found myself standing in front of an older woman with a repeated dry cough. Did she have it?

So many smokers in Portland on the bus, holding shit in. Even the homeless who use transit to stay warm, which is still an issue. Snow forecast for Saturday.

Tangentially related to the virus…

The legislation put forth by Democrats would guarantee 14 days of paid leave for workers affected by the coronavirus outbreak.

The moves announced Wednesday came as the White House and Congress worked on economic proposals to contain the fallout from the coronavirus. 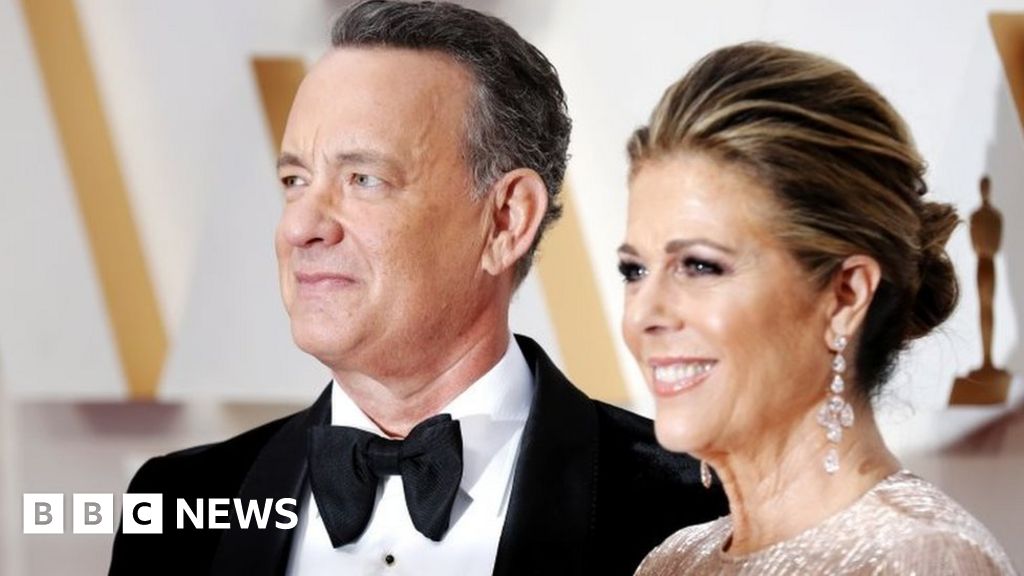 The couple are being isolated after confirming they have coronavirus in Australia, Hanks says.

President Trump's COVID-19 Speech Was Full of Lies That Had to Be Corrected...

President Donald Trump delivered a shocking speech from the Oval Office on Wednesday night about the COVID-19 pandemic, announcing that virtually all air travel from Europe would stop for 30 days, all cargo shipments from Europe would be suspended,...

I would wish they catch Covid-19, but they could infect innocent people, so perhaps they could all die in a fire?