So who do we elect this year? 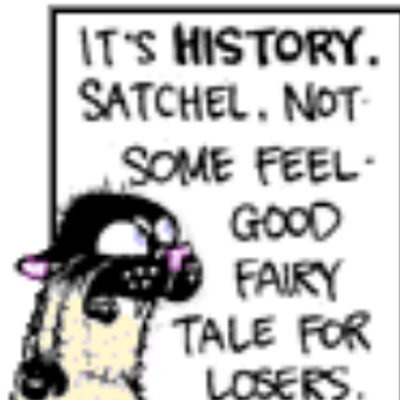 “Opposition party headquarters in provincial capital firebombed as the failed nation teeters on the brink, paramilitaries brutalize protesting citizens, and the corrupt president goes golfing on one of his many estates.” twitter.com/garrett_archer…

Update on @MaricopaDems arson. Officials tell them device used "was researched". It was thrown through a window and exploded about a minute later. Police say they have a "good image" of the perpetrator from surveillance in the area. https://t.co/Pb2s3H8YRc
5 Likes
infundibulum July 28, 2020, 4:29am #827

I don’t know what to do. Trump needs to go, but any power wielded by the Democratic party is illegitimate as it does not represent the will of the voters. 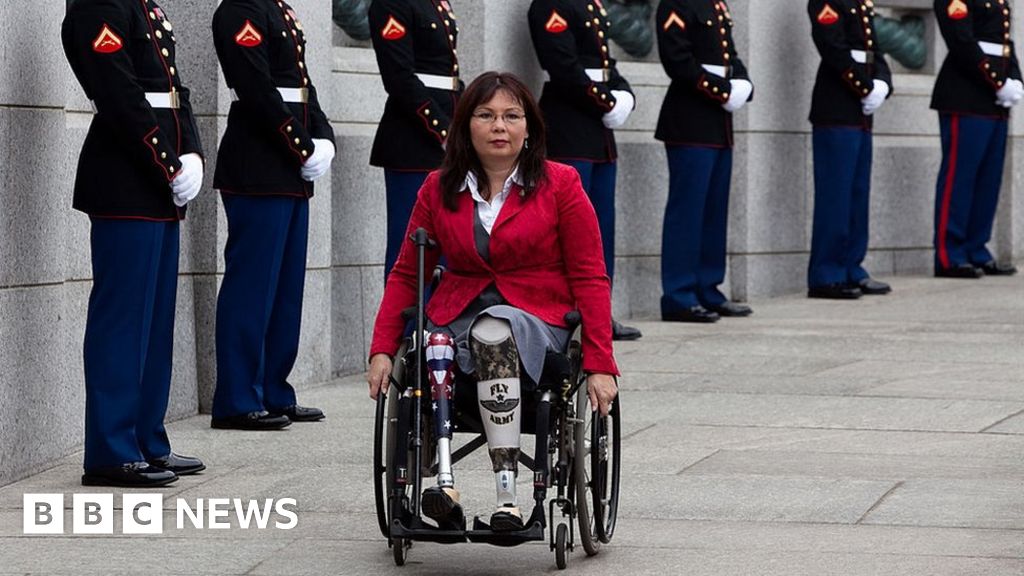 The war hero who could be Biden's running mate

Senator Tammy Duckworth is an Iraq war veteran and the first Thai-American woman elected to Congress.

i know everyone seems to be on board with Kamala, and i know she’d be great, but i really like Duckworth and what an amazing candidate she would be. she speaks to so many groups. I personally want Kamala for AG or something, but i understand why she’s considered Biden’s top contender right now.

I agree. I’m not interested in another prosecutor in the White House. Duckworth holds a lot of positions I don’t agree with, but I respect her a lot personally.

I also remember watching Republican male senators block her from accessing the wheelchair ramp on the senate floor after McCain’s famous No vote on the ACA repeal. She must be made of steel. 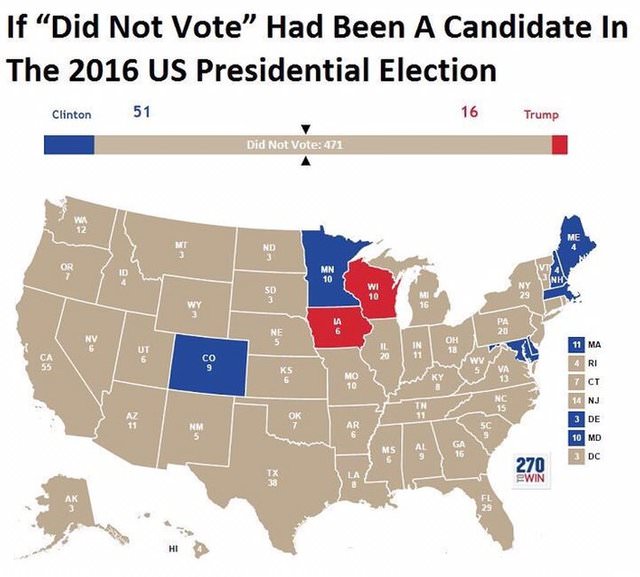 I guess a lot of people have lost faith in the whole country. I know I have but I intend to keep voting.

Yeah. As an old anarchist, I am and have always been one of the Did Not Voters. None of the options are ever good (they’re all politicians), and I’ve always resisted being compelled to publicly support someone that I explicitly don’t want in power. The last 4 years though - It really does make me think.

I voted in 2016, figuring that we needed the strongest possible repudiation of Trumpism at the time. I think we need it even more now. If they get 45% of the vote again, they’re going to take that as a mandate for whatever they want.

I voted for the first time in 2016. I had justified not voting over the years for various reasons, some of which I will attempt to refute now:

None of the above should be interpreted and being targeted at anyone other than my (slightly) younger self. If you find it helpful, excellent.

I’ve mentioned it before, but the catalyst for me finally taking a more active role politically was someone pointing out voting doesn’t just affect the current race, it can also show that there is an audience of people like you that are looking for a candidate they can vote for, so I now try to push left where I can, even in Kansas.

I think it goes without saying, but I’ll say it anyway. If every eligible voter were automatically registered and sent a mail-in ballot, our participation numbers would look significantly better. There are certainly other ways to make voting more accessible, and we should pursue that goal in general. I’m not sure I’d be happy with the all of the results of a near 100% participatory democracy, but it would at least be a more honest assessment of our priorities.

On the subject of voting vs protesting an election, I shall repeat something I wrote on the Other Place back in the summer of 2016:
Your protest is going to cause Trump to get elected, and he’s not going to care what you were standing up for.

This is less an artifact of the state of politics in the US as it is a side-effect of the first past the post voting mechanism.

Looks at the minority governments in Canadian politics

Looks at current BC government

Uh, no. We are FPTP, too. FPTP in a republican-style governing system plus the electoral college, maybe. But straight up FPTP, no. Parliamentary-style systems regularly end up with multiple parties. There are issues with FPTP, but it does not guarantee a two party system on its own. You need to dig deeper than that.

Yes, it can coexist with multiple regional parties, but it usually has 1 or 2 strong parties competing for each position, rarely 3 parties. Since the presidency is a single position, and the electoral college isn’t organized for multi-party coalitions, you end up with 2 strong parties overall.

A Trump attorney delivered his signatures to get on the ballot in Wisconsin.

Biden’s team is fine with a female VP, as long as they’re sure she’ll step out of the frame.

I want a woman in the White House. But not so much that I’ll decline to run and endorse her, no.