Well, that was a fun year.

The good news is, it’s almost over. The bad news is that 2020 left us so defeated that, come January 1st, we half expect it will simply begin anew, placing us inside an interminable loop so that we may be repeatedly confronted by our own collective and individual failings until such time as we absorb the life lessons necessary to escape.

At least we’ll have tweets?

Here now is our annual roundup of the best and worst micro-missives from the broader Canadian mediasphere, in chronological and no other order:

OK, so, I specifically argue in the piece that he has no gravitas. https://t.co/TdJm24yOOX

Everyone thinks I am @tagaq. Was interviewed recently by a journo, who started off by saying, “I loved your performance in Calgary …” had to say I haven’t been to Calgary in 20 years!

My son came home from school with the most boring colouring book of all time. pic.twitter.com/cMQzYBJnhS

The protesters just stand there shitting their pants, totally stunned, as the scent of pure testosterone and vigor wafts past their nostrils and overwhelms their soy-dullened senses.

The original version of this story, and corresponding tweet, had the term ‘Dirtbag Left’ in the headline without quotation marks. That tweet has been deleted. The quotation marks were added to emphasize the term is a self-described nickname. 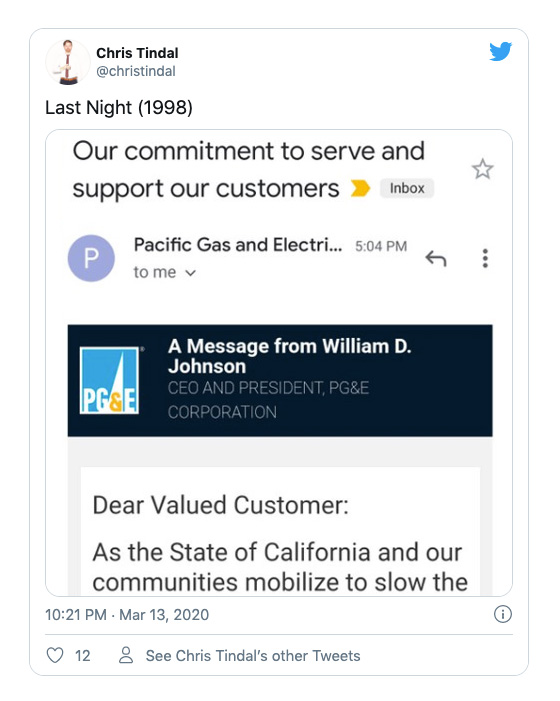 You don't know how generous this is. I work there and I can only read 10 free articles per month on my account. https://t.co/fP3kLn3hkJ

Canadians bristle at stereotypes, and then use “the length of a hockey stick” as pandemic guidance. https://t.co/sPpPp6FdTW 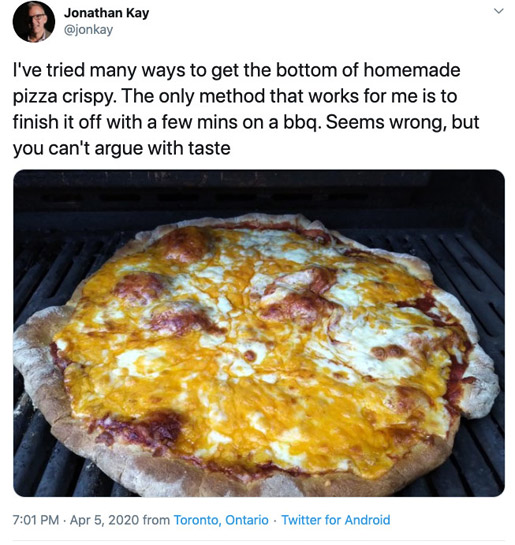 No increase in followers for months @jack.

Nova Scotia, normally equated with stunning beauty and smoked salmon, is now the site of Canada's worst mass shooting, by an apparently deranged denturist who liked to dress up as a Mountie. @ianrausten @Magraki https://t.co/b56CqMLwkY

So apparently this "Stronger Together" show
is happening tonight on TV…
I guess my invitation must have got lost
in the mail :O RS

My gf @Grimezsz is mad at me

Look to all you people who think we are @checkupcbc we are not. We run Xc and distance track. Please stop involving us In Canadian politics.

is it true she’s single?

Suddenly amazed to think that humans even had children before public schools and summer camp existed.

I fully intended to properly physically distance but it was very difficult to do. I wore a mask into the park but I failed to use it properly, another thing I’m disappointed about.

Thank you to the Korean community for their generous donation of PPEs. Incredibly grateful to @MofaToronto , members of KOTRA and The Korean Chamber of Commerce! @StanChoMPP @C_Mulroney pic.twitter.com/pl8g8WuwVZ

If you look closely at the photos in this tweet, you'll see that @RaymondChoPC, a cabinet minister in the Doug Ford government, sent a cardboard cutout of himself to this photo op. #onpoli https://t.co/AtKoylgTIb

UPDATE: Authorities have lost containment of the moose. #ottnews

I have a black lab and a white lab. They don’t fight over their color. pic.twitter.com/G7zDvvMMJO

This also reminds me of the time where the former exec producer of The National had a full conversation with me thinking I was the now current host of the show, who is also Asian-Canadian.

Every now and then he’d see me in passing and call me “Andrew” https://t.co/P6cHv7KhIc

If anyone is interested, the former exec I mentioned in a previous tweet reached out and — well, see for yourself.

How do you flunk the test when I literally gave you the answers? I am done with this conversation pic.twitter.com/18HOANJFPW

Our art was a little controversial but I won’t apologize for having the Adam/Doug Ford figure nude. The original was nude with a classic penis and it would be fatphobic to have him covered. This art was a celebration of legalization and something we will always treasure. pic.twitter.com/tQuAreyzli

In 1883, a drink called "Cronk" started advertising in the Calgary Herald. See if you can spot their ads. pic.twitter.com/yg3dMRDkY6

They are treating him like he’s Jack Handy pic.twitter.com/2NuJ0miUV5

Folks it's that time of year, when everyone grits their teeth and issues a reluctant congratulations to Canadaland like they have a gun to their head. 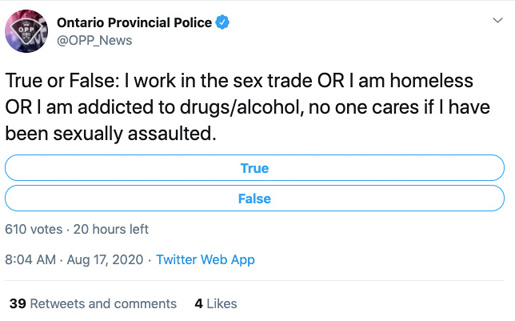 "Rob Ford" is trending right now because everyone in Toronto is flipping back their hair in a cool way and going "Oh, Daniel Dale? Yeah, I was into him before it was cool. Y'know, some of his early underground stuff on the Toronto scene, before he got signed." pic.twitter.com/JoZNGN7Cg0

John Turner played key roles in modernizing Canadian laws and consumer rights; the FLQ crisis; trying to resist the economic tides as the post-war boom fizzled in the 70s; the Free Trade and Meech debates. I enjoyed him once remarking, without irony, on my eyes being so blue.

Star Trek is what the world will look like if the woke win. That may sound like a compliment to those who haven’t stopped to think about what living in such a world would actually be like.

Hello. Some of you might be wanting to engage in the sex this weekend. Please be safe & #BeCOVIDwise:
– stick to sexual partners you live with or consider virtual sex
– wash your hands before/after sex
– use a condom
– avoid kissing/sex if you’re sickhttps://t.co/PxggNSqLqN pic.twitter.com/vVWerNz4Xm

I have never heard anyone mispronounce "Ottawa" the way @TuckerCarlson does here. Very odd. pic.twitter.com/8nHEqEJsJk

I try to tell stories that are depressing and uneventful enough that people can recognize themselves in them. https://t.co/o93NYDx2sw

It’s not something a real @realDonaldTrump friend would do. A friend would know this @POTUS doesn’t give up because the climate is not comfortable. A friend would let him make his own call and not try 2get out front of it to save face. You don’t need friends like that.

Hi Joe, thanks for the expert guidance on what constitutes a ‘real friend’ of President @realDonaldTrump.
He called me for a very friendly 25-minute chat two weeks ago.
When was the last time you spoke to him? https://t.co/GKzqcTy2M5

Oh hi, moose. We have strict instructions about your snack habits. #jasper #Alberta

For all of my followers who don’t know what’s going on:
1 My area had COVID 99.9% under control
2 So much so that the whole country was jealous
3 Someone fucked it all up and ruined our peace
4 His actual government name is CORTLAND CRONK
5 We are coping by cyberbullying him

my friend ordered a meal kit and this was one of the packaged ingredients… we all deserve to die pic.twitter.com/6IYLwsowFH

My mom grew up on the same street as Smokey Robinson in Detroit. So for Chanukah, I wanted to reunite them via @Cameo. But the video takes a strange twist. pic.twitter.com/IZ3S9WusiJ

Get a weekly note about our top stories.

The post The Best And Worst Tweets Of 2020 appeared first on CANADALAND.