20 Years After the Battle of Seattle

This is a decent account of the Battle, but additional documentation and sources came out in the next few months. So it’s inaccurate about numbers on both sides, generally overstating them, and about the timing of tear gas, which started by 8:40 AM.

And an ongoing historical project here:

I’ve mentioned reports of protesters dying in my own thread, reposting here:

According to Stefani Banerian, one anonymous protester died of asthma during the Battle:

I’ve heard a similar story, which may be Key Martin’s or a 3rd. Several accounts also describe grievous head wounds.

And as a boardgamer:

Brian Train’s “Battle of Seattle” is the 1st attempt to tackle the situation. If the protesters spread out, and never attack, they have a game-breaking advantage. (I mean, it’s the best strategy, but it isn’t a sure thing in real life, and no strategy should be a sure thing in a game.) 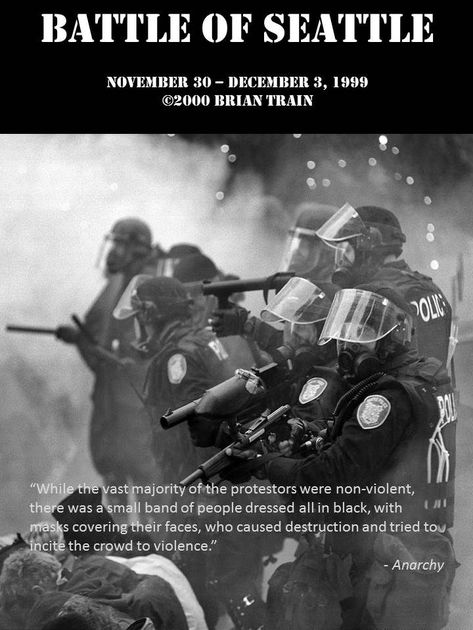 It's protesters against police in a game inspired by the anti-WTO unrest during their 1999 meeting in Seattle. The protesters range from anarchists to organized labor, while the civil authorities range from the Seattle P.D. to the National Guard....

My own N30 3.51 is longer and more detailed. It focuses on the morning of November 30th. 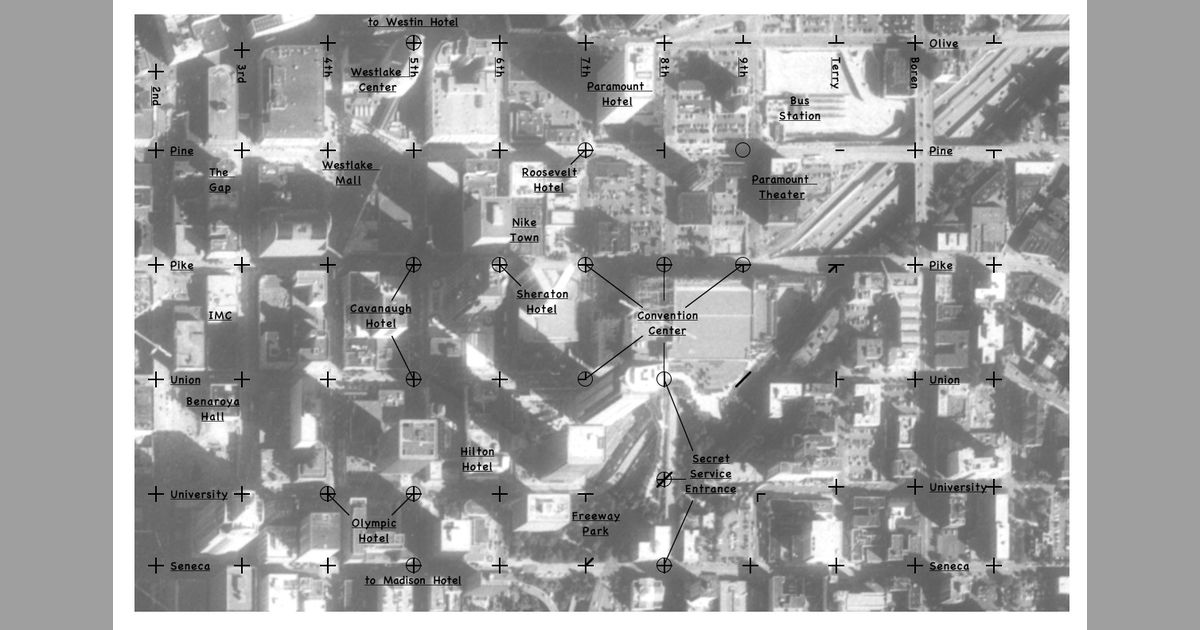 N30: We Are Winning – The Battle of Seattle

I’ve been working on a smaller intro-level “Seattle '99,” but I’ve been very sick, and I haven’t been abe to figure out which protest groups were holding B, C, D, E, or M slices. (I think the Red Noses and a group of Turtles may have been in M slice.)

I think a COIN with at least 2 protester factions, 1 police faction, and possibly 1 media faction might also be possible.