A guide to old-timey candies for our modern times 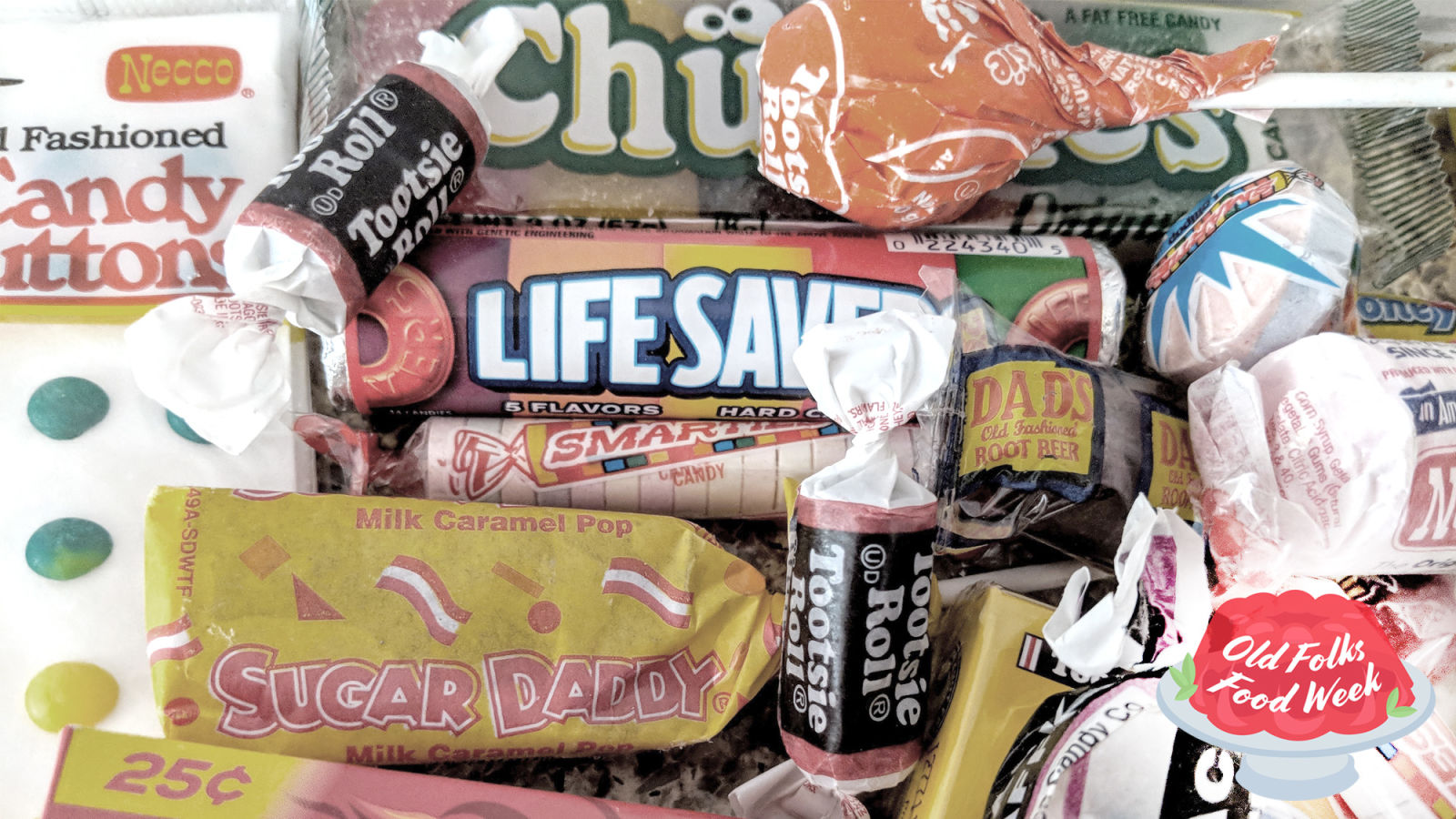 A guide to old-timey candies for our modern times

Welcome to Old Folks Food Week, where we resurrect and celebrate the delicious dishes of yore.

I am apparently an old.

I am an actual old, chronologically speaking anyway, but I don’t like most of these. Goetzes, Smarties, and licorice Chuckles excepted, however.

I often tell my kids that I am their only approved licorice disposal method.

Of course, it doesn’t help that I am spoiled by living in the home of the finest chocolates in the world.

Thank god someone in the comments clarified about Smarties, because I looked at those and read the description and was what? those aren’t Smarties!

I disagree that Canadian Smarties are superior to M&Ms, however.

Clarification for US readers here:

Those disc-shaped, chalk-textured, multicoloured little candies in clear wrappers: Those are called “Rockets” in Canada.

On the other hand, “Smarties” are flying-saucer-shaped, candy-coated chocolates, like M&Ms. The main differences between the two are that with M&Ms, the shell is very thin and just there to keep the chocolate from melting, but the Canadian Smarties’ shell is crunchy and part of the experience of eating them. Smarties are also bigger around, but flatter.

I disagree that Canadian Smarties are superior to M&Ms, however.

I think they used to be, back when Rowntree still made them, and before the “natural” food colouring (there’s an oxymoron for you) replaced the blatantly chemical stuff.

Here’s where you can get some of these:

The “gastronomic experience” sections are fair reviews, but the “my working theory on why old people like them” sections got annoying fast.

Why not spend the afternoon at an old age home and have a taste test with actual old people? Journalism, people.

And we got very little coverage of the idea that these candies are uniquely appreciated by old people.

Oops read that as candles.

There could be other reasons too. Warheads were popular in the 80s because of the strong flavour, but also because they were called Warheads. It was a way to sugar-pacify against the threat of the Cold War going nuclear and make fun of it at the same time.

Today it would just be the strong flavour part, I think, but again it would be nice to talk to people who are them back when.

(I should out myself as someone who likes chocolate, peppermint chewing gum… and that’s about it. Never got into hard candy, not least because it was absolutely verboten. Exceptions for butterscotch and rum-flavoured Life Savers, but that’s because we got those as stocking stuffers.)

Smarties are a colour-varied sugar-coated chocolate confectionery. They have been manufactured since 1937, originally by H.I. Rowntree & Company in the UK, and are currently produced by Nestlé. Smarties are oblate spheroids with a minor axis of about 5 mm (0.2 in) and a major axis of about 12 mm (0.5 in). They come in eight colours: red, orange, yellow, green, blue, mauve, pink and brown, although the blue variety was temporarily replaced by a white variety in some countries, while an altern...

I could have sworn in Ecuador there was a candy just like what y’all are describing the non-US Smarties as called Rockets but thirty seconds of googling hasn’t turned it up so I quit.

In order from least appealing to most:

This is, by the way, a great catalog if you have any olds in your life that you’d like to find a good present for. They have a lot of old time products you can’t get elsewhere, like makeup and perfume that is no longer easy to find in stores, as well clothing and nostalgic home goods. Good service, too. My only knock on them is that their clothing only goes down to size 6, and a lot of elderly women lose weight and have a hard time finding small sizes in styles that cover “problem areas” that they are sensitive about (or may have scars from surgical procedures).