A Panegyric to a Beloved Technology Product

This is a place to mourn for beloved devices that, alas, seem to have passed-on all too soon.

I will start off with a farewell to my iPhone 5s.

You were my first iPhone. You had that new 16:9 screen. You were so long and shiny in your beautiful Space Grey finish that I named you “The Limo.”

I got you in January 2015. It was my intention to rely on you to be the fulcrum upon which the new chapter in my life would be set in motion. Little did I know how much I would come to rely on you.

We went through so much together: two periods of extended unemployment, Skype interviews, countless flights back and forth. And now for the past year you have been my technological Swiss Army Knife. You have been my hot spot, my radio, my alarm clock, my TV, my clock, my game center. And you carried out your tasks quickly and in style, always looking good in you leather case.

But then, this Summer, a change occured. Yor screen popped out. You were suffering from the fatal condition known as a swelling battery. For a while in September, you seemed to be expanding daily. True, the situation eventually stabilized, and an Apple Genius said you were safe to keep using, but still it was like you had an unhealing, open wound. And then there is iOS 12, which wasn’t treating you too well, was it?

Curiously, your screen popped out one day after Apple discontinued the iPhone 6 and SE. I swear that happened. So, I guess no more mini-phone plug for me. Thanks Apple.

I shouldn’t be too sad. After-all, I had decided 2019 would be the year to upgrade. But here we are, two months short of your fourth anniversary. We almost made it. Tomorrow I shall march out and get a gold iPhone 8+, and name it “The White Falcon.” 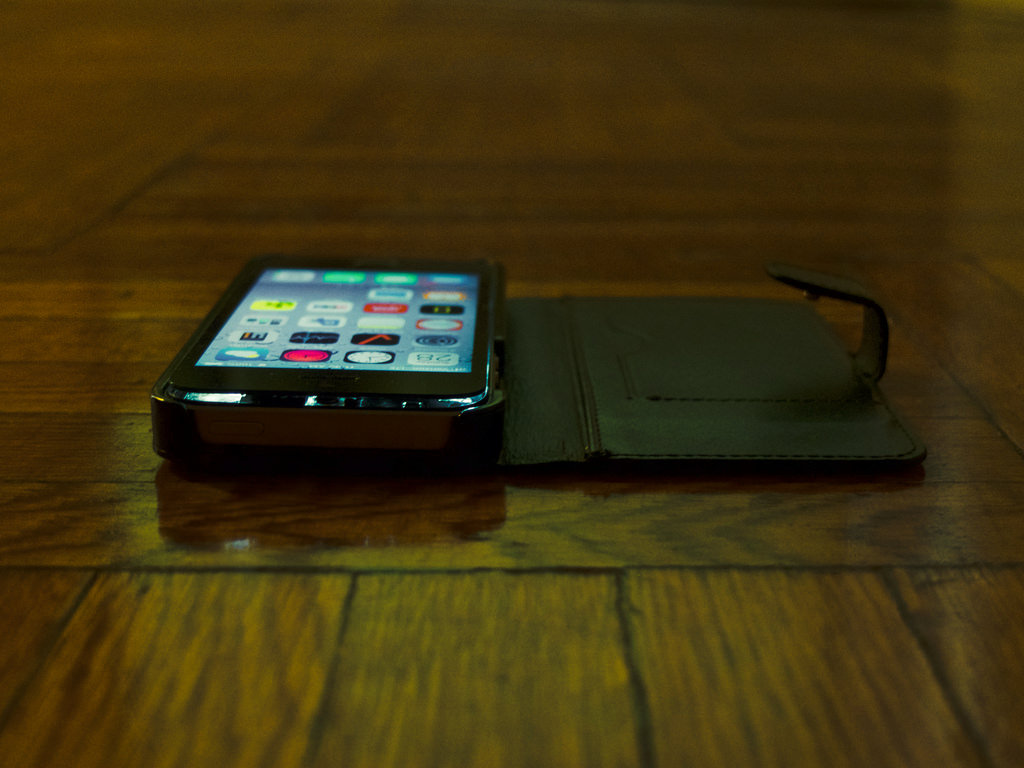 By the way, I also own a 4th-generation iPod Touch that I bought refurbished in 2013. It’s still functioning perfectly with iOS 6.1.6. I named that one “Newton Wave.”