So this is the POS that introduced this legislation.

A text message sent in January to U.S. Rep. Tim Murphy by a woman with whom he had an extra-marital relationship took him to task for an anti-abortion ...

IOW if you’re rich and/or know the right doctors, abortion will remain available. If not, sucks to be you.

That’s the way it always was in American politics. The abortion debate isn’t about abortion at all. It’s about subjugating people of a certain class, and is also a handy wedge issue for keeping other idiots voting Republican.

It’s also about telling wimmenfolks what to do, across every class. Some people think they shouldn’t even have the vote.

Literally the way things have always been. Even prior to Roe vs Wade NY legalized abortions meaning if you could afford to leave your state there’s no problems for you.

It’s the way Texas and Oklahoma are going now, if you can travel to another state it’s no big deal, but as a poor underage girl in a small town you’re going to have the baby of the guy who raped you. It’s as shitty as it gets and it enrages me.

Being pregnant right now, I am so strongly repulsed by this law. The vast, vast majority of abortions after 20 weeks are wanted pregnancies. No one waits that long if they don’t have to - being pregnant kind of sucks. Even if they weren’t, there should be no litmus test on reasons why.

I just can’t imagine finding out at the 20-week anatomy scan that my baby couldn’t live, then being powerless to ease our suffering.

Also, anyone who had access to the best medical care could always find a doctor to do the abortion but say it was something else. It was the poor people, who didn’t have money or good medical care, who suffered. That was by design.

Aaand the POS is retiring. 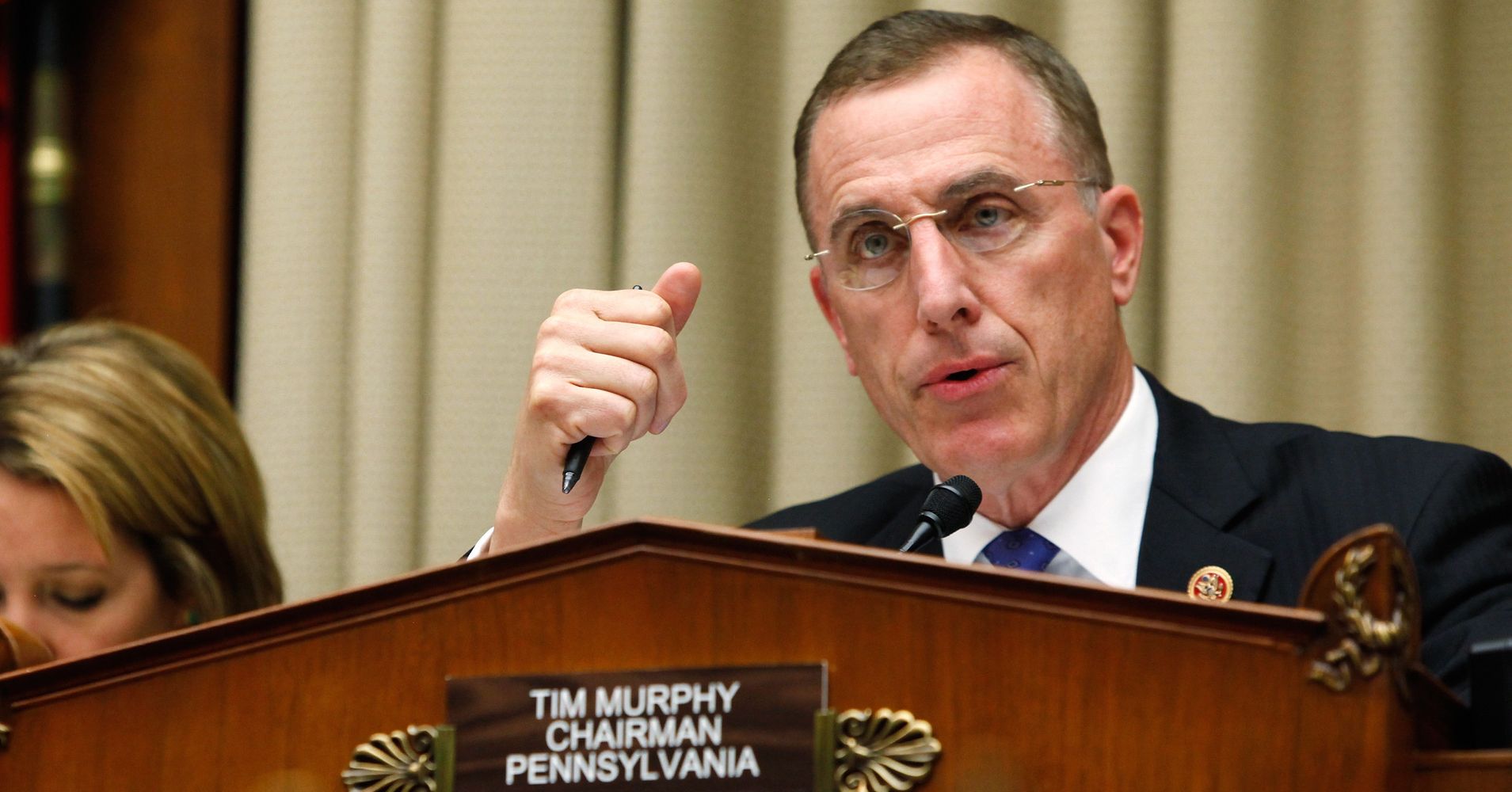 Rep. Tim Murphy urged his extramarital girlfriend to get an abortion. He later voted to bar other women from terminating their pregnancies.

“In the coming weeks I will take personal time to seek help as my family and I continue to work through our personal difficulties and seek healing."

Awkward. But after Jesus forgives him he’ll be back all healed and stuff and the Bible thumpers will welcome him as a prodigal son.

The vast, vast majority of abortions after 20 weeks are wanted pregnancies.

This, right here. The health of one of the parties is at risk if it’s after 20 weeks. You’ve already discussed names. You’ve talked about painting walls and all kinds of stuff because sometimes they come early.

To put those people through any additional trauma is a shitty decision based on a shitty political move, not medical concerns.

Also, congrats on your upcoming kid!

Thanks! We’re going to get to see it on ultrasound for the first time Tuesday. I really think pro-lifers can’t empathize with others. Early pregnancy is so hard because you have symptoms, but you’re not getting a belly, you can’t feel the fetus, etc. Everything is about keeping sane until the first ultrasound and you know it’s OK. I can chart my monthly mood based on doctor’s appointments - the high after seeing the baby, feeling good, then getting agitated because it’s been weeks and anything could have happened in there. Even prolife women, I don’t think, are capable of understanding that other people have emotions and feel anxiety and trepidation throughout this whole process, regardless of what their choice is going to be.

Prolifers don’t think women are people. They don’t think we have emotions, or rationality, or the ability to evaluate evidence and make hard choices. They’re inherently misogynist.

They are capable of it but so many of them are of the belief that the bundle of cells in there should be given the same moral weight as the mother. It’s a 50-50 toss up if the mother is going to die giving birth to the child because most of the time they say it’s “god’s will,” as opposed to “I’d prefer to live and see if I can try to have a child that won’t kill me.”

I think there are at least 4 groups:

(1) Those who want to control women. They may want to ban all abortions and punish mothers for having disabled children so they can de facto mandate sterilization. Examples: Republican health-care policies.

(2) Those who believe that abortion is the greatest evil, and banning it is an appropriate response to that evil.

(4) Those who believe that abortion is a symptom of a society which devalues children, especially of poor, minority, and/or disabled parents, who may call for more access to prenatal care, resources for children, and resources for parents. Overlaps with pro-choice.

I don’t see many in group 4 supporting a ban on abortion. The emphasis there is on reducing the need for abortion, so contraception, childcare, and so forth are emphasized. Insofar as the aim is to have all children be wanted children, banning or criminalizing abortion would be counterproductive.

I meant that all 4 groups consider themselves pro-life.

Prolifers don’t think women are people. They don’t think we have emotions, or rationality, or the ability to evaluate evidence and make hard choices. They’re inherently misogynist.

I wouldn’t put it that way. Some pro-lifers, certainly. The ones in power who make the laws, or the ones who deeply understand the issue and are still against legalized abortion. For the others, it’s too easy to get on the wrong side of the issue given a false debate. They get told that abortion is bad, and that means that abortion should be illegal. There’s no gray area in there. There’s no room for “abortion is bad, but banning abortion will do more harm than good”,* or even “when we say abortion is ‘bad’, what do we mean by ‘bad’ and under which circumstances is it bad?” It’s just abortion = murder and murderers should be punished. Not exactly a whole lot of room for nuanced discussion. Many (most?) pro-lifers are aware that there’s a nuanced discussion to be had.

*The correct approach is to strengthen the social safety net. In fact, strengthening just about any part of it will help, because infrastructure is an investment in the future, not a too-little-too-late Band-Aid slapped on an existing problem. The Republican pro-life position is pro-fetus, not pro-life, because they don’t give a damn about the baby after it’s born.

(4) Those who believe that abortion is a symptom of a society which devalues children, especially of poor, minority, and/or disabled parents, who may call for more access to prenatal care, resources for children, and resources for parents. Overlaps with pro-choice.

I am definitely in that category myself. Whether that makes me pro-life or pro-choice I’m not sure. Probably both.

I think every pregnancy should be chosen and every baby wanted. I want a society where everything we do supports healthy human life (whatever that looks like from person to person) at every stage of development. I also never want to have children. I am pro-choice.

I have a neighbor who is pro-life but not a jerk. She advocates passionately for more welfare, more care for mothers, more care for children. She is also pregnant and carrying her child to term, though they have learned he will be born with Downs. She was disappointed to learn that most of these pregnancies are terminated, yet also is struggling with the reality of the change that will make in her own life.

I disagree with her views as I think abortion is a b.s. ginned up wedge issue created to turn women against one another and keep poor people poor, and devalue women’s lives, but I also see it is her true belief, from her Christianity. I don’t think she has a right to impose that belief on me, but if she wants to believe it, ok.

Yep. A close relative of mine had an abortion before Roe V Wade because she had access to a psychiatrist who she was able to convince that she would harm herself or the fetus if she wasn’t allowed an abortion.

There are at least two levels of privilege there, the money to see a psychiatrist, and the knowledge of what to say to convince them to write the letter, to basically manipulate the system to her advantage. That might not have worked if she had not been white, reasonably affluent, educated and well versed in “how to behave”. I also speculate, and heard her speculate, that being pretty helped as well.

It’s sick and sad, top to bottom. When a relative in my generation needed an abortion, it was just a medical procedure. That’s as it should be for any pregnant person wanting to terminate.

I wonder if Congressman Asshole’s mistress availed herself of the service, but it’s a private matter I don’t have any right to know about.

According to the article, it was a pregnancy scare, no abortion needed.