Alexa, Does My Ass Look Fat In These Jeans?

Amazon has unveiled a new version of its Echo (aka Alexa) device that has a camera. It can take pictures on command, take live streaming shots so you can look at yourself (via an app) in 360, and it connects to an “AI algorithm plus fashion specialist advice” to help you decide what outfit to wear. 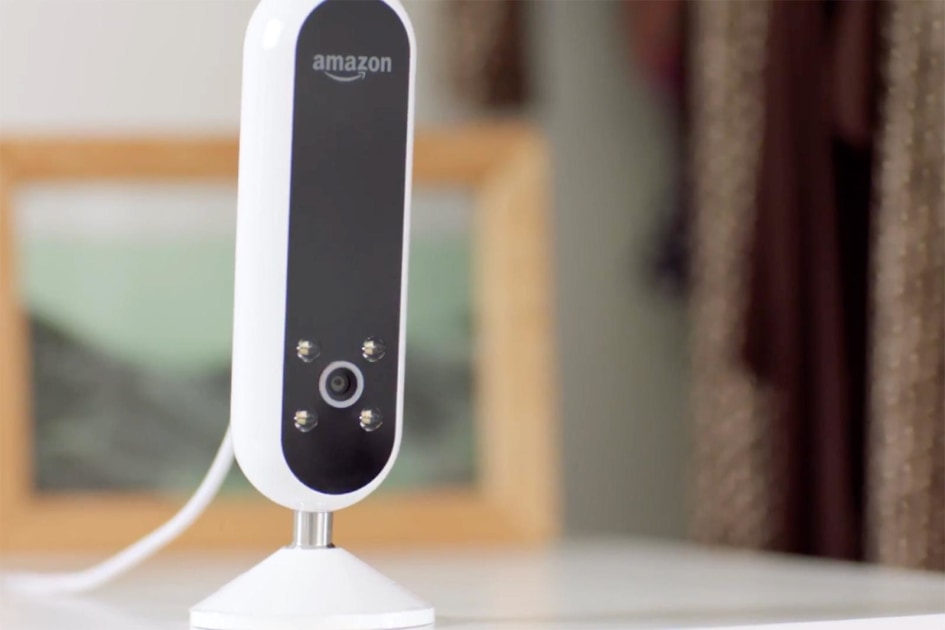 Amazon Echo Look is a voice-controlled camera for fashion tips

Amazon's Echo smart speakers just went in an unusual (but potentially very helpful) new direction. Meet Echo Look, an Alexa-powered camera designed around taking your own fashion photos and videos. If you want to show off your daily wardrobe, you...

Personally I love my Echo device for a lot of things, but I have no interest in having it help me choose an outfit or look at my own ass. From the ad, it certainly seems like this is something targeted at women - am I just out of the demo or is this a really stupid product?

When it gets wheels and a robot arm then I might get one. Also a plutonium core and a laser.
Did I mention I want my Alexa on mars.

I am such a Luddite that I’ve never enabled Siri. So I recognize that my perspective is potentially skewed. I don’t want a digital assistant. It’s not that difficult to do my own search-engining, use my own calendar, put in an address for maps, or order my own junk.

HOWEVER. I do understand how fit affects clothing, and how bad fit is a problem. But this is not actually a difficult thing, because using a camera over one’s shoulder (no flash) into a full-length mirror does exactly this. The only time this doesn’t work is when trying to fit shoulder seams (because holding the phone over your shoulder will distort the seam), at which point a tripod or a helper is useful. But most people who don’t make their own clothing don’t know enough about fit to know what to make of a back shot. Reading wrinkles takes a level of clothing education, one that most people don’t get and don’t need. It mostly sounds like a way to make people who are already self-conscious more so.

Thus… given that Alexa voice command records are already being subpoena’ed, I put this in the supremely stupid category, and expect it will sell quite well. /end rant, goes to shake cane at kids on lawn.

I am no fashion genius, but I’m not going to take advice from an internet-enabled robot camera made by a company that keeps recommending quack medical books, women’s luxury watches, sandpaper, and country music after having had 17 years to try to figure out what I like.

I have an Echo Dot that I only use for weather and, very occasionally, news. But I might be tempted by this, especially if it can turn to face you. Sometimes all day I wonder if my outfit only looked good from whatever weird angles I could see in the mirror; I’m really tall so most dresses are shorter on me than intended, and I’m not always sure how much I’m showing, way down there at the hemline

When it gets wheels and a robot arm then I might get one. Also a plutonium core and a laser.
Did I mention I want my Alexa on mars.

Shit. Sounds more like a Dalek than anything else.

When it gets wheels and a robot arm then I might get one. Also a plutonium core and a laser.

Thus… given that Alexa voice command records are already being subpoena’ed, I put this in the supremely stupid category

I put Alexa itself in the supremely stupid category. It seems to be consumerism on crack.

On the spectrum of needs, Echo certainly falls more on the luxury side, not necessity. But I find it it handy for listening to music (Amazon’s music service is pretty good, and has replaced Pandora and Spotify for me, and it’s half the price), and I use Echo to listen to NPR every morning. I use it to keep a shopping list for the family too, which has actually cut down on the trips to the store quite a bit. And yes, I have told my wife to ask Alexa what the weather is going to be rather than ask me. And now that I think about it, I wouldn’t mind it if she asked Alexa about her outfit too - she doesn’t ask me if anythingakes her look fat, but she does ask me what she should wear based on the temperature. I flatly refuse to answer that question, since I know she’ll blame me if she is cold (which she usually is).

I’ve thought about trying to make an app that would tell the user what the weather would be, but present that data as an outfit (i.e. 60 degrees is a coat, 70 degrees is a sweater, etc) that could be adjusted by a user based on whether that person tended to be hotter or colder than average (for my wife, for instance, 70 is a regular coat, 60 is a winter coat). If Alexa Look could do that, maybe I’d buy it…

Edit: oh, and I added a new skill today - now I can ask Alexa when the next bus is coming to take my son to school. Super handy in the morning when I’m juggling a million things to be able to get that info hands-free.

My Echo Dot (which, for $30, was the cheapest “luxury” item I’ve ever gotten) is a wonderful help around the house for news, weather, setting alarms and alerts, keeping track of my calendar, or most often, playing music while I cook or clean. If I was to add something to my Echo it’d be a source of manual input for the times she just can’t figure out what I’m saying. I can see a camera being helpful if I could use it for, say, scanning items in the kitchen to add to my shopping list. Checking my fashion? Alexa, that’s the last thing in the world I care about. 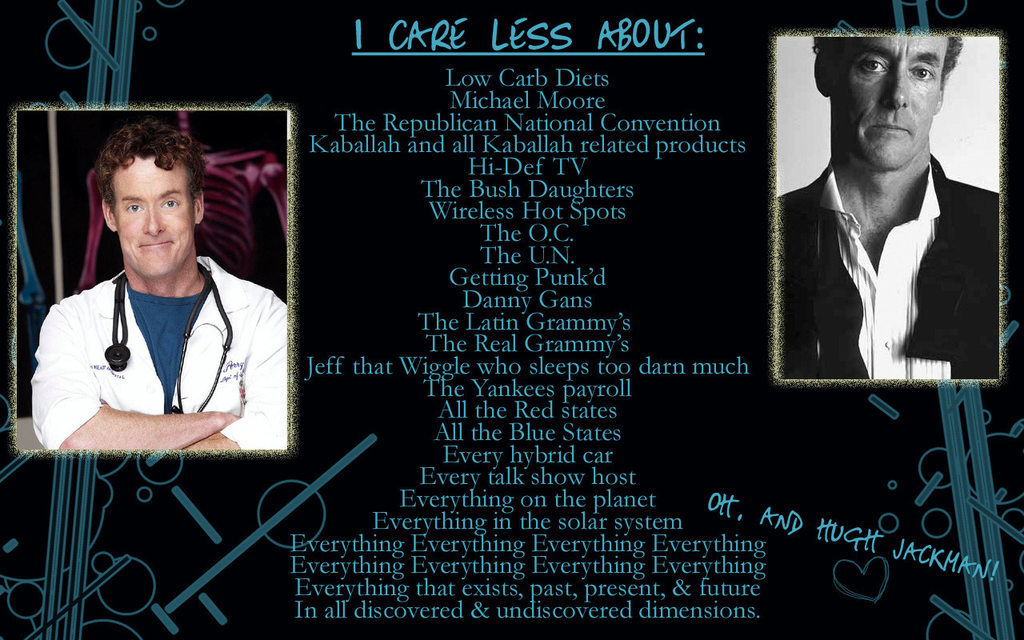 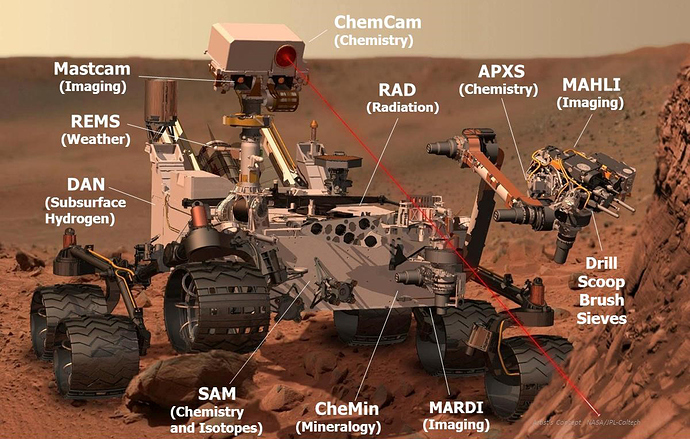 Yup, a Dalek. I, for one, welcome our new robotic overlords, but from a safe distance…

… .or from the top of a flight of stairs…

The canny darlek just blows the stairs up and leaves you stuck there to starve or break a leg trying to get down.

(For when you absolutely, positively have to ext-ter-min-ate that meatbag human)

I’m 1.93 m, I very much understand this! Even when dresses are long enough, often the sleeves stop several cm short of my wrists. (Or I can order custom, which is a bit more expensive, but can be very much worth it.)

I’d actually be curious to know what Alexa would recommend, in a kind of abstract way, but I’m not so curious as to actually get one of these things, or allow it to take pictures, be connected to my network, or do anything like order something for me. I’m also fairly convinced that it would trend strongly towards gender norm reinforcement anyway, so … very much, not for me.

but I’m not so curious as to actually get one of these things, or allow it to take pictures, be connected to my network, or do anything like order something for me.

I know I said this before on a related discussion in the other place, but it’s still relevant:

All the ‘personal assistants’ and ‘slates’ (and the like) in science fiction, inform things like {Alexa, Siri, Google Now/Home and even the general way mobile phones and tablets are developing}, in the mind of the public (even if only via TV).

But all of those (fictional) devices are discrete - even if they reach out to other systems for data, they do all the processing themselves, internally, so it’s all the user’s to control, smash and erase, and privacy is a significant part of the concept.

With the current set of devices, we’ve taken a shortcut by throwing a lot of the processing and control onto external servers. Which means we get there sooner, and with cheaper hardware, but we reliant on devices we don’t quite control, that are significantly ‘on the cloud’, where selling data on our data is part of the model.

they do all the processing themselves, internally,

that’s really struck me too. in most sci-fi, ai assistants are unique, discreet. “my” ai. but, it makes much more sense from a practical standpoint there is one ai, shared by many.

sure, it might know where you’re from and put on an appropriate accent, but it’s never going to develop a “personality” specifically for you.

more importantly, it will never ever have your best interest at heart… even though it will strive to make it seem that it does.

it seems ai needs lots of processing power and lots of data: nothing that a lone inventor will have the resources to develop. even an “open source” ai seems far-fetched right now. you just need too much storage, and too many, largely private, data sources.