Continuing the discussion from Molesters Being Outed:

I suggest a neologism of “almost” and “apology:” almopology.

This a thread for those times when people try to do damage control for negative press they’ve been receiving, but stop short of actually offering any concrete admissions of fault or any way forward. 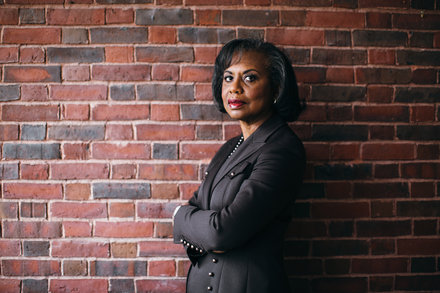 Joe Biden Expresses Regret to Anita Hill, but She Says ‘I’m Sorry’ Is Not Enough

Former Vice President Joseph R. Biden Jr. called Anita Hill this month to express his regret over “what she endured” testifying against Justice Clarence Thomas in 1991.

On Thursday, the first day of his presidential campaign, the Biden camp disclosed the call, saying the former vice president had shared with Ms. Hill “his regret for what she endured” 28 years ago, when, as the chairman of the Senate Judiciary Committee, he presided over the confirmation hearings in which she accused Clarence Thomas, President George Bush’s nominee to the Supreme Court, of sexual harassment.

In a lengthy telephone interview on Wednesday, she declined to characterize Mr. Biden’s words to her as an apology and said she was not convinced that he has taken full responsibility for his conduct at the hearings — or for the harm he caused other victims of sexual harassment and gender violence.

“I cannot be satisfied by simply saying, ‘I’m sorry for what happened to you,’” said Ms. Hill, now a professor of social policy, law and women’s studies at Brandeis University.

The Biden campaign said Thursday that it would have no comment beyond its initial statement on Ms. Hill’s reaction to the call from Mr. Biden. “They had a private discussion where he shared with her directly his regret for what she endured and his admiration for everything she has done to change the culture around sexual harassment in this country,” said the deputy campaign manager, Kate Bedingfield.

He has been reluctant to show contrition, but the pressure increased after new questions were raised about his sensitivity toward women.

Factoring in the decades of delay, the timing coincidental with the launch of his campaign, and the arm-twisting necessary to even wring “regret for what she endured” from him, I’m giving this one a solid zero. 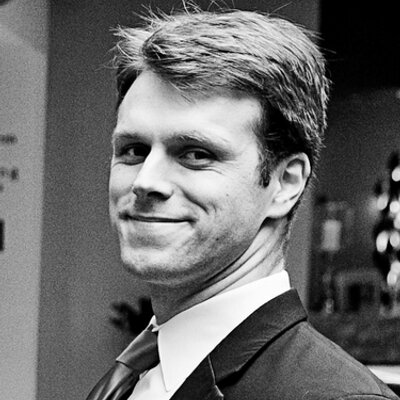 So much "contrition" from this law school professor who just resigned his post after a Title IX investigation. https://t.co/ilSCMizqfq 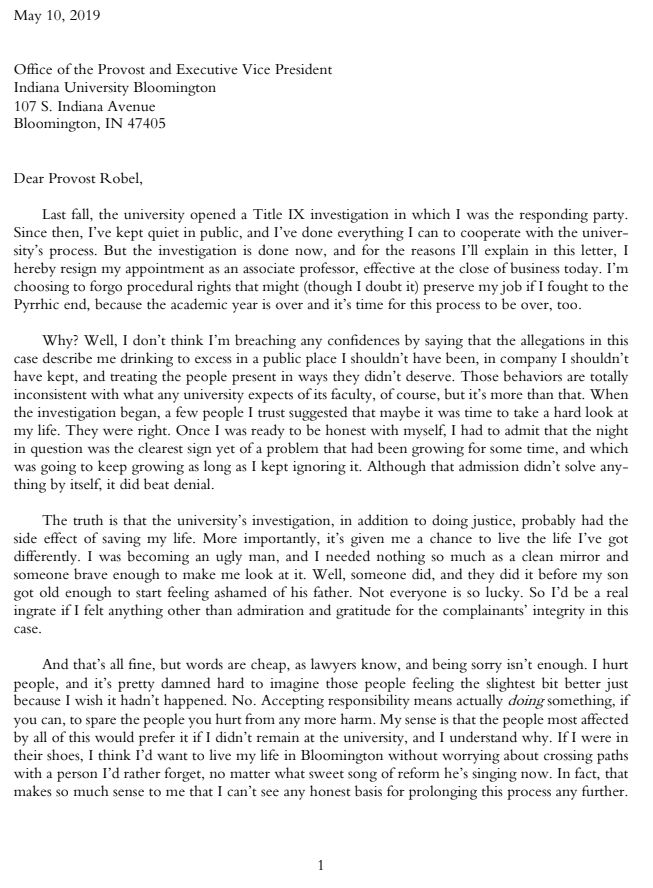 Not so much an almopology as unreadable bloviating dipshittery.

And lacking, if I read it right (bleagh), either the phrase “I’m sorry” or “I apologize” in any form.

Lacking any mention of any consequence to anyone other than him; lacking any offer of reparation. “Lacking,” I think, would be the best word to describe it.

Making it seem like he’s punishing himself out of the goodness of his own heart, rather than being run out of town on a rail

Wow. Just wow. Anyone else mighty curious what happened on the aforesaid night?

Yeah, but everybody is being really closed lipped about it.

I’m guessing it’s pretty banal. Forced himself on a woman while drunk, probably, then blamed the alcohol instead of his own damn self.

This is what he looks like, by the way. Yep, this kid is a professor : 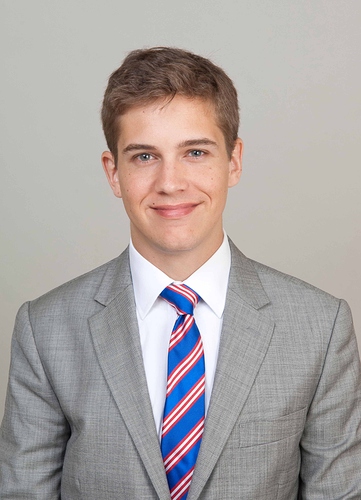 Sure that wasn’t the cover from White Privilege Weekly?

Winner of the 2019 Mr. Affluenza contest.

You’re fucking kidding me? The way he wrote I assumed he was some 67 year old lush who was all to seed.

No, it’s not an old picture.

No, he wasn’t a child prodigy. He was in his early 30s when he took that picture.

How soft a life must someone have led if they look like that in their thirties? He looks like he’s still in high school.

The way he wrote I assumed he was some 67 year old lush who was all to seed.

Yeah, it’s hard to believe someone that young could be so pompous.

Sure that wasn’t the cover from White Privilege Weekly ?

The cover story that issue was “‘Nice Guy’ Rapists: Sometimes They Are That Obvious”

I feel I know this particular douche. Not THIS particular one, but this strain. Yes, met him a few times at fraternity parties, so smug and sure of himself despite having no particular charm.