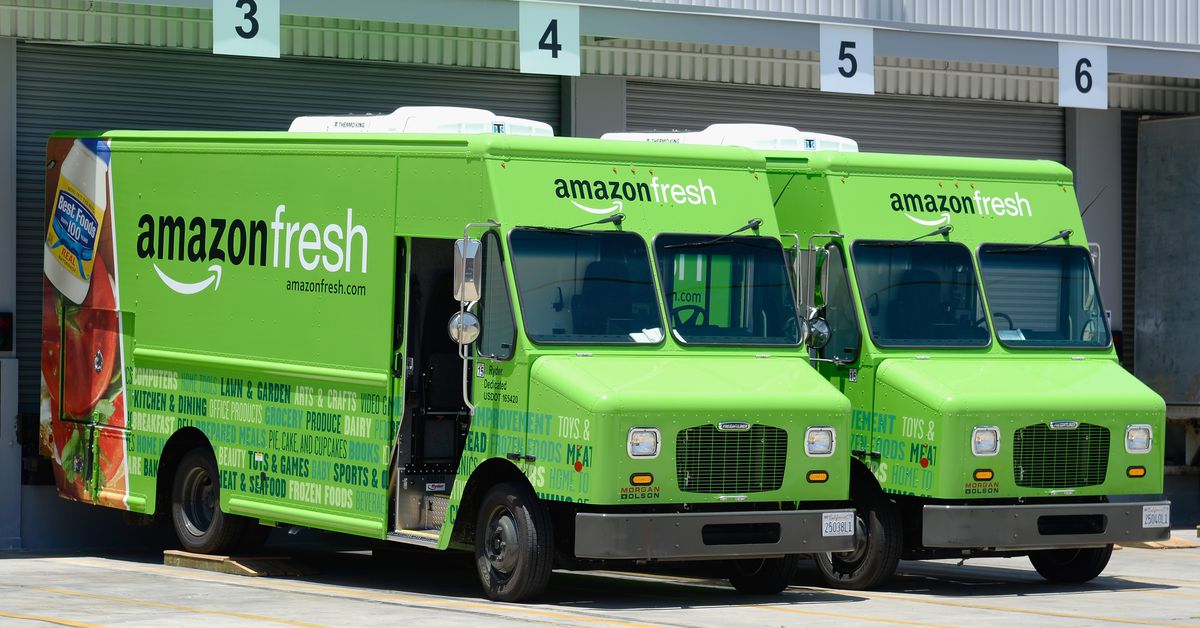 Too many late or missed deliveries, company officials have told partners.


Amazon relied on USPS for some of its Amazon Fresh deliveries, which turned out to be a big mistake, so it’s curtailing its operations in several regions. No doubt this will stymie Amazon’s attempt to break in to the grocery market, but it will also hurt the USPS which Amazon has given a big boost to in the last few years.

I see the USPS as one of the biggest missed opportunities of the digital age. In an age where far more is being delivered to the door, but mail deliveries have dropped, the USPS has really missed the chance to leverage their logisitcs expertise and network of tens of thousands of door-to-door service providers. Their poor service opened the door for FedEx and UPS decades ago, and now they’re being even more sidelined with services like PostMates and similar companies. It’s a shame (though perhaps not surprising) that such an historical service provider failed to keep up with the times.

. . . but it will also hurt the USPS which Amazon has given a big boost to in the last few years.

amazon has given a boost to parcel volume but at the cost of rates which have been reduced for the amazon contract to just barely a break-even proposition. it has also resulted in enormous levels of overtime for carriers, some unpaid because of the nature of the rural and city craft contracts and the time required before a route may be re-evaluated, including carriers and supervisors who work sundays because of the amazon contract. there are carriers in my local post office who have been working 7 days a week for the past two months. additionally, because rural letter carriers use their own vehicles and have no depot lockers being serviced on their routes, once their vehicles are filled with parcels they have to leave anything that won’t fit. the amazon contract has also caused increasingly strained relationships between management and carriers. it is also increasing the accident rate among carriers who are working 12-14 hours a day and delivering parcels into the night. my wife was forced into an early retirement because the strain of the deliveries broke her health to the point that she was unable to continue working. the amazon contract has been a disaster for the postal service and will be a disaster for any other delivery company in the market because of the incredible volume and the drive of amazon to keep their delivery services at a razor thin profit margin.

add in @enceladus correction to your post and you have a recipe for disaster. the wonder is not that the usps is having trouble accommodating amazon, the wonder is that they were able to keep it going as long as they did.

I was surprised the first time USPS showed up on Sunday. Startled when they came by at 7:30am one weekday. (They made a point of saying that this was just the Amazon delivery and that mail would come at the usual time) But now, we’ve been getting a lot of the personal vehicle and plain white van deliveries for Amazon stuff lately and I’m not sure what to think.

The road I live on is two lanes and no parking or shoulder to even pull onto. So either you get strange vehicles parking in the lane while they get the packages ready or they pull into my driveway which annoys me to no end. And all the Pearl-clutchers on NextDoor report it endlessly.

And then the delivery people themselves range from professional to a way too personal. (Hey. Sure got a lot boxes here! What are you doing with it all!)

Add to that the number of packages that I get texted say “Delivered!” when they haven’t. Sometimes it shows up much later that night. (9:30PM is the latest delivery I got after the Delivered Text came through at 3:00 PM) and a couple just never showed up.

My relationship with Amazon is definitely drifting into “Its Complicated”

we’ve been getting a lot of the personal vehicle and plain white van deliveries for Amazon stuff lately and I’m not sure what to think. 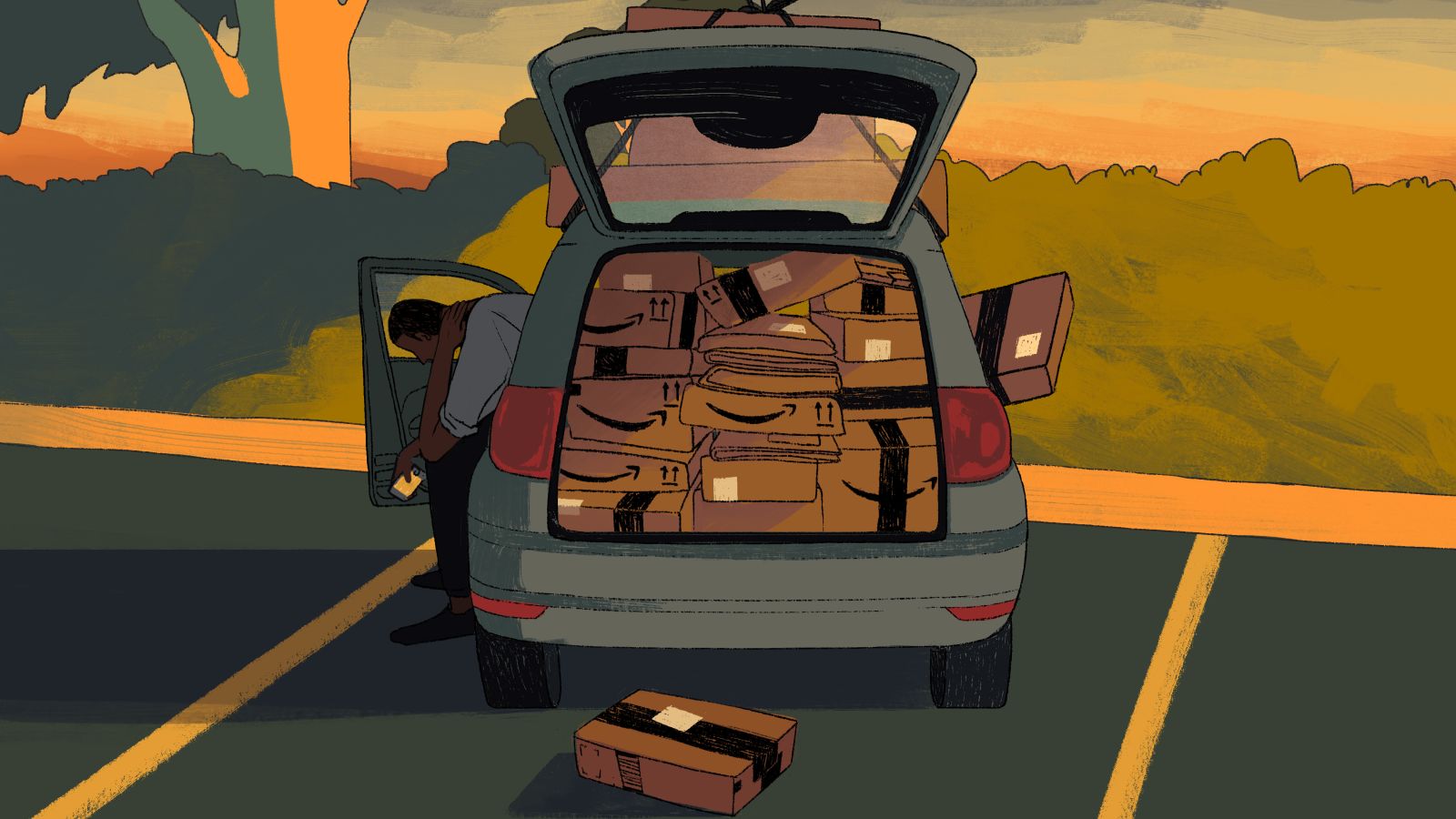 Who delivers Amazon orders? Increasingly, it’s plainclothes contractors with few labor protections, driving their own cars, competing for shifts on the company’s own Uber-like platform. Though it’s deployed in dozens of cities and associated with one...

Well from what @navarro was saying, it sounds like the USPS was already “gigging” deliveries anyway.

My first point was that the USPS should have been in a better position to take advantage of their scale, but obviously it’s a little more complicated than that.

When I lived in a downtown highrise, had one bewildered deliveryman who somehow bypassed security and made his way up to my room to drop off a package. Several times got called about a delivery and no one seemed to understand what I meant about dropping it off with the concierge. And I lost track of the number of times Amazon claimed my package was delivered when actually the deliveryman had just marked it delivered to meet quota or whatever and didn’t bother actually dropping it off until a day or two later. The routing system didn’t seem to realize that delivering downtown is a completely different affair than to a suburban house.

There’s settings where you’re supposed to be able to tell Amazon not to deliver on weekends or to avoid certain carriers but nothing I did seemed to stop deliveries with contractors who were in way over their heads.

contractors who were in way over their heads.

Reminds me of the time I was over at the company headquarters (not my usual place of business) and this poor bewildered woman clutching an Amazon box is asking everyone where the loading dock was. I felt terrible i couldn’t help her, but I didn’t know either.

it could be that your route has reached overburdened status and the postmaster is too lazy to adjust the routes. that would sometimes happen on my wife’s route when it got overburdened and she’s be out delivering mail in the dark and the supervisor would finally tell her to come in. it also can results in other carriers being assigned different parts of the route to try to relieve the primary carrier. that last can also result in hold orders being apparently ignored.

i advise you to use the resources on the following page to complain about late or erratic deliveries–
https://www.uspsoig.gov/hotline-helpful-links

it might get the postmaster off of his or her ass and fix the route.

that’s a shame. i can tell you that after living with a rural carrier now for 20 years that i understand things about the postal service i never undrstood before. for one thing, the various crafts are paid based on an evaluation which represents a time and motion study the likes of which have been uncommon since the gilberts were raising them cheaper by the dozen. another thing i know now i didn’t know before is how much the attitude of the postmaster sets the tone for the post office they run. if you are having trouble with the post office that serves you it is the fault and the responsibility of the postmaster at that office above all other things. so keep complaining and get that bastard fired,