Another German state plans switch back from Linux to Windows 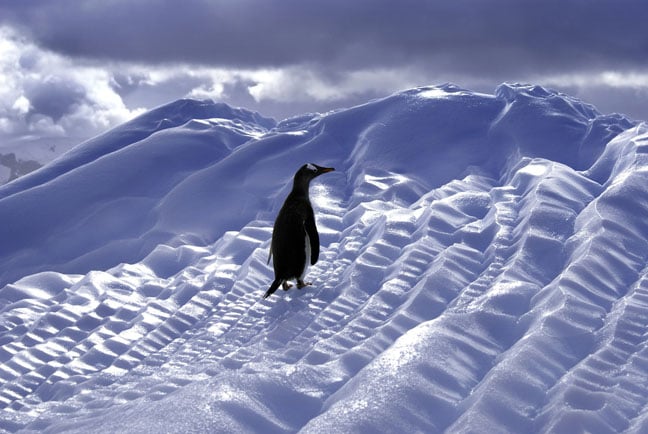 Another German state plans switch back from Linux to Windows

New government administration suddenly cozies up to Microsoft, pisses all over the IT infrastructure of previous administration. Brown envelopes and American spirit much, Lowe Saxony?

As my old landlord said when the downstairs neighbour let her estranged, abusive husband move in: “She was free and clear – why’d she do that?”

It’s especially mysterious now when so many apps are Web-based, making your local machine’s OS more irrelevant than ever.

So much of this.

Why switch back? The big hurdle of going to Linux (app compatible) was already solved.

I’d say users are going to be pissed. Hell, some of my users will bitch when the icon changes color. To suddenly have new “everything” after 15 years…

Wouldn’t want to be that Hell Desk

I once read a follow-up story on the city of Munich, five or ten years after they switched to Linux. The support lead said every time someone complained about using Linux, nine times out of ten he’d discover they were stuck on an XP laptop. That is, they didn’t know what they were running, just that it was annoying them.

I’m all for treating end users with empathy, but not with making them gods.

The tax office argues its decision is driven by compatibility: field workers and teleworkers overwhelmingly use Windows, while the OpenSUSE variants are installed on its office workstations.

I use Windows 10, Ubuntu, and Mint on my home PC and Mac OS X and multiple different Linuxes at work. Everyone else at work uses a mix of OSes as well. Many use iphones or ipads, some use android. It’s no big deal.

The only compatibility issues that we’ve seen in many years all come from people sending data that they’ve corrupted in MS-only proprietary software which they then want imported into a different system. (Our support staff has learned how to remove invalid BOMs, re-encode characters that Microsoft encodes incorrectly, convert proprietary to standard file formats, etc., before passing along the data.) At least they pay us well to handle their garbage.

Moving from Linux to Windows for compatibility is like fucking for virginity.

So I have a question for you Linux peeps. I’m buying some hardware for my lab, and using Linux. Is there a laptop that minimizes peripheral conflicts? Last time I used Ubuntu 16.04, an update broke my webcam right before a big meeting. This time (18.04), the wifi seems to go in and out for no real reason. It’s mostly been fine, but I do worry with undergrads that there’ll be a time when the problems are big enough to be a day or more long outage.

Just going with the mass built hardware, stick with the Business Lines (for Dell it is the Latitude and Precision). It has been sometime since I’ve tried, but MacBooks were usually good about Linux support.

I know there are some niche Linux laptop companies. But for laptops, I prefer something built by the thousands, not artisanally crafted and unable to be repaired in a year.

Right, I’m purchasing a System76 16-core desktop that I can serve my data science class off of, and still have some cores leftover for software testing a profiling. But for the laptops, I loan them out of students for research, so I don’t want to spend niche or Mac process. But a lower-end Inspiron looks pretty feasible. The students might run R or Python on them, but outsource all the heavy shit to a cluster (i.e., memory for reading enormous text files is more important than parallelism).

WRT individual components, stick with the Intel WiFi for best compatibility. Video chipsets seem to be okay any more for support. Audio and Cameras and the other random bits seem to be the most likely to have issues and the hardest to find chipset info on.

I was just about to write: I’ve been happily running Ubuntu on an Inspiron since 2012. I’ve never had any hardware issues. Okay, the microphone is crap, but they usually are.

I did have some problems with a Tex update once, but the solution to that was simply to uninstall all the relevant packages and then reinstall them.

I’m seriously considering selling my gaming desktop and buying a second hand Inspiron 15 for a third of the resale value of the PC.

Is there anything specific about the build that is too crappy to consider?

I know the screen is not great and it’s definitely a budget option but it’d be nice to have something portable that I could use to scratch my gaming itch occasionally while traveling; what makes you so vehemently opposed to them? Is it anything that can’t be fixed with a fresh install of Windows?

The newer ones may be better, but had a bad run through with them a few years back.

I think my main reason for liking the business models of laptops is the spare parts are available on the secondary market for years. If the keyboard on a consumer laptop dies after 4 years, maybe you can find one, maybe you can’t.

Last few years though, can’t say I see it anymore

If that twiddler thing doesn’t bother you then yes, absolutely. We use them at work. The battery power duration alone is fabulous.

Personally the twiddler thing annoys me greatly – enough that it’s a showstopper for personal use.

I got used to it early and like it as a way to control the cursor in that microscopic way that’s sometimes necessary when I’m doing graphics or small text. I hardly use it any more otherwise because I’m always going from dock to dock and not stuck with the damned wrist-killer, a.k.a. trackpad.