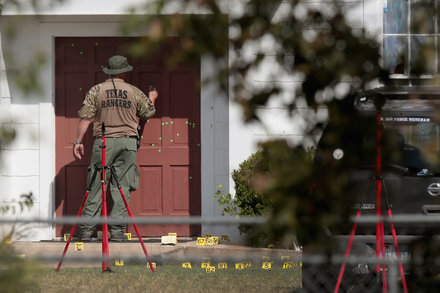 Devin P. Kelley, who killed 26 churchgoers in Texas, may have been deeply disturbed. But severe mental illness cannot explain most cases of mass murder.


Personally I don’t want to live anyplace that mass shootings are considered “sane” behavior, though I understand there’s an inherent conflict with the idea of being found non-guilty because of insanity. Is there a middle ground? Can we call people who commit mass shootings insane without relieving them of culpability?
6 Likes
Stuff That Really 'Grinds My Gears...'
mdh November 9, 2017, 7:08pm #2

Can we call people who commit mass shootings insane without relieving them of culpability?

If they’re not mentally incapacitated, does it matter why, under the law?

We’re not going to fix them, all I see there is an abyss to stare too long into.

Can you call mass shooters insane without reinforcing suspicion, the discrimination, and the violence towards people who have mental illnesses or are neurodivergent or are just different?

Can we call people who commit mass shootings insane without relieving them of culpability?

Is there any value in generally calling them insane, or mentally ill? Certainly we know that the vast majority of mentally ill people are utterly harmless, and do not deserve our fear and suspicion.

I think the problem stems from most people’s need to “make sense” of horrific tragedies like this. They can’t imagine a circumstance under which they themselves would do such a thing, and thus find it incomprehensible that someone else would have anything like a coherent reason to do it, and so they conclude “he must be insane.”

But I think we too often suffer from a poverty of imagination. A fella named Tom Ferebee pulled a small switch that dropped a revolutionary piece of ordnance that directly murdered around 66,000 people (over two-thirds of them civilians) and injured 69,000 more. A Major in the Army Air Forces at the time, he rose to the rank of Colonel, retired, became a real estate agent, and died at home at the age of 81. He was awarded the Silver Star.

He may not have been fully aware of the actual potential magnitude of that switch-flip, but he surely knew that a whole lot of unsuspecting people were about to die as a result. What the hell, we were at war, it was a job that needed to be done, and he was convinced that he was the man to do it. Who knows what nightmares (if any) the next 55 years held for him? It’s certain that if he refused to do the job, there would have been a long line of patriotic young men ready and eager to perform this duty for flag and nation and apple pie and mom. In the end, many believe that ending WWII with the atomic bomb saved more lives than it cost. We’ll never know for sure.

But war is, apparently, a Special Circumstance. Hell as it is, it’s made up of state-sponsored murder, with kids in their teens trained and equipped and paid to take lives, and awarded medals if they do it well and efficiently. We’re used to the idea that our boys (and girls these days) are trained to place a specific value on an enemy life, and when that value is in doubt, to end it before that enemy ends them. A mass murderer makes this same calculus more or less alone, without the dubious benefit of the President and the Departments of State and Defense telling them which way to point the weapon.

When someone signs up for military service, one kind of cedes decision-making control to the brass. One does what one is told, or faces stiff consequences. If one has no desire to ever be compelled to kill, one avoids military service at all costs… 'cause one never knows when Uncle Sam is gonna need one, and in what capacity.

But more often it’s a result of unfortunate circumstances, a perfect storm of motive and opportunity and irresistible pressures unknown to bystanders… People can and do make what appear to be perfectly evil decisions that are based upon unassailable logic and widely understandable motives. Is that illness? Is that insanity?

No. Life has no measurable value except that which we ourselves place upon it. When the Cypress Street Viaduct collapsed onto the Nimitz Freeway during the 1989 Loma Prieta earthquake, killing 42 people, did Nature shed a bitter tear? Did the concrete pause in regret? Did the sun slow in its arc to note the occasion? Did the swallows in San Juan Capistrano stop singing? Probably not. We people noticed, and mourned, because we did not want to be the victims of such a tragedy, nor do we like to see others suffering when their loved ones perish in such an event.

But we are not outside observers who have no effect on the experiment. We’re in the petri dish. We’re part of the system. A falling tree is a force of nature, as is an offended bear, a hurricane, or a “madman” with a gun. We can try to avoid these things, or minimize their effects. We can build stronger structures outside of floodplains, we can try to avoid getting between a bear and her cubs… but you can’t prevent the wind and rain, nor should you exterminate all bears. You can make every effort to make it as difficult as possible for anyone to get their hands on a gun, particularly guns which make it ludicrously easy to kill a whole lotta people in very little time. And while that’s working its way through the political system (or not), you can try to avoid treating the people who feel the need to use those weapons like incomprehensible “raving lunatics.” You usually won’t identify them in time to prevent all attacks. You’d have a much better chance of saving lives and helping the aggrieved if society’s path of least resistance was something other than cheap weaponry at Wal*mart.

Because yeah, we’ve gotten to the point where it’s easier to get a big gun and buckets of ammo and a high-up corner suite with a view than it is to find any other, more constructive solution to one’s problems.

Because yeah, we’ve gotten to the point where it’s easier to get a big gun and buckets of ammo and a high-up corner suite with a view than it is to find any other, more constructive solution to one’s problems.

So maybe we make it harder to get that? I dunno, maybe thats a start?

That would be ideal, yes.

My aunt had this really interesting book about the insanity defense. It varies wildly from state to state how easy it is to get it and what the criteria are.

IANAL so I may be a bit fuzzy on the details.

Thread. It’s long, but touches on a lot of factors:

Issues like this are also, however, why as an atheist, I still believe in evil, it’s just that evil to me is an utterly human thing. Many of these people are perfectly capable of not doing the thing they did, but they choose to do it anyway.

I know what it’s like to get compulsive thoughts and have feelings you wish you could but can’t control. But look at the interviews with mass shooters. It’s not the feeling that they are not in control, but rather the opposite. They don’t describe thoughts or feelings being intrusive. In most cases, even if the perpetrator does have a mental health issue, it’s incidental to what they do, not the cause.

They can’t imagine a circumstance under which they themselves would do such a thing, and thus find it incomprehensible that someone else would have anything like a coherent reason to do it, and so they conclude “he must be insane.”

I can imagine it. It happens nearly everyday (on average) in 'Merica! People should damn well be able to not only imagine it, but not feign surprise when it happens again.

As if that really makes a difference.

People are people. Some become evil and/or violent, some have mental problems up to insanity. Those are orthogonal though.

Violent != insane. Evil != mental problems. May as well say they’re witches or possessed by demons. Or perhaps their humours have been corrupted by the vapors.

. Legal insanity means that the person is not aware that they are committing a crime, regardless of whether or not they have a documented mental illness. 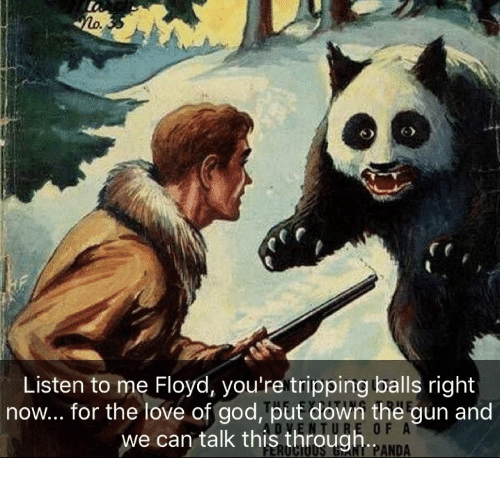 their humours have been corrupted by the vapors.

that does seem to be going around lately.

As if that really makes a difference.

In the sense that these are large numbers of wholly avoidable deaths, you’re right that it makes no difference when considered in the context of the question of whether or not the USA has a problem with gun violence.

However, in the context of this thread, I think it makes quite a big difference. Unfortunately, gun violence when it has a “purpose” (i.e. the control of territory or resources) is seen as inherently more understandable than spree killings, whether it is carried out by the police, the military, gangs or terrorist groups. People don’t need to question the motive behind this sort of violence because its purpose is apparent.

That’s why you don’t see people questioning the sanity of members of the police or military, and why people see gang violence as somehow unavoidable. However, when a spree shooter kills a large number of random people for apparently no reason, it seems incomprehensible. No one in their right mind would want to kill a bunch of people for no reason, so the killer must be insane, right?

FWIW, I don’t think mass shooters are insane in any meaningful sense of having a uniform pattern of diagnosable mental illness that is common to all of them. Rather, “insane” in this sense is a shorthand way of saying “incomprehensible”. 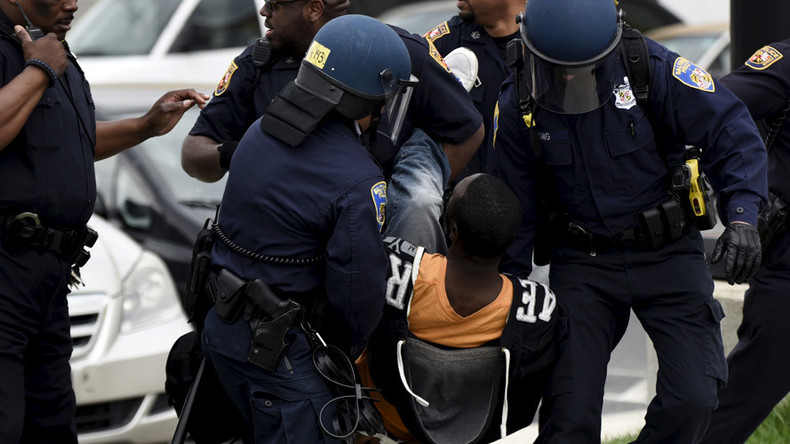 'Rape by cop': A woman is suing police after she says they 'penetrated' her...

Charnesia Corley said she was subjected to a roadside cavity search for marijuana after officers ordered her to pull her pants down.

A culture of racism, violence, and cover-ups is flourishing.

I mean hey, who wouldn’t consider a violent response to a violent assault? I think the desire to inflict that kind of humiliation is a clear sign of mental imbalance. Sane people don’t go around violating peoples sex organs in the name of anything but primate on primate violence, and that’s insanity.

That’s kind of my point though; it’s perfectly possible to be a violent sadist with anger issues but not be mentally ill in any meaningful sense of the term.

We absolutely should take these people to task for violent, sadistic behaviour but for most people “violent sadism” is so far off their radar that they don’t know how to explain a thought process that they cannot understand other than through the prism of mental illness.

how lucky they are

for most people “violent sadism” is so far off their radar that they don’t know how to explain a thought process that they cannot understand other than through the prism of mental illness.

So how do you explain anti-immigrant politics?

So how do you explain anti-immigrant politics?

I’m not entirely sure what you’re asking here; do you mean “anti-immigrant politics” generally on a global scale or do you mean “post-9/11 anti-muslim policy in the US”?