Artistic depictions of "Judith" and "Salome"

So, I belong to a facebook group on illustration (I’ve since been suspended for posting Beschizza’s “We are Zogg” but that’s life…

Anyway, this was posted: 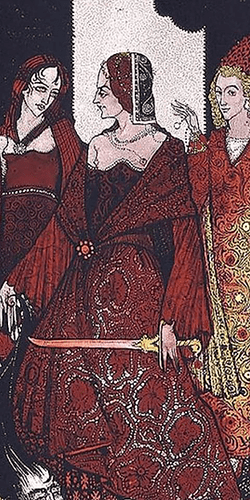 which looks to be a depiction of Judith-- the jewish heroin who seduced Holofernes and then killed him. 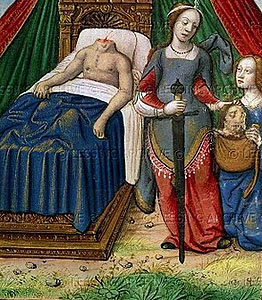 fo instance, but it’s quite common in rennaissance deepictions-- and in post reformation germman art.

And then-- there’s Salome the daughter of Herod,. who put out a hit on John the Baptist. 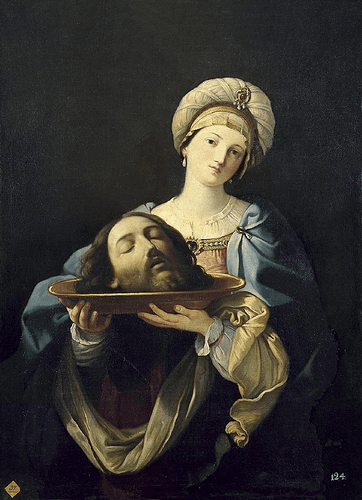 Now, in Aubrey Beardsley’s illustrations for Wilde’s Salome, the same iconography of uncovered breasts is used 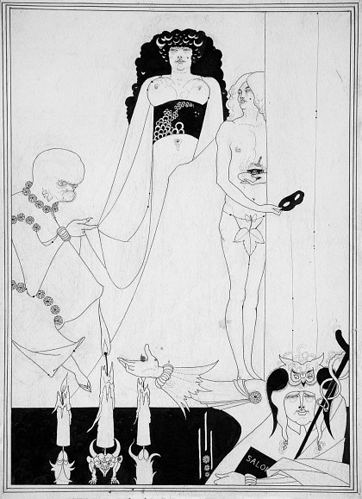 And of course, there’s Gustav Klimt’s paintings Judith and the Head of Holofernes

So it seems to to me that Judith (a jewish heroine who killed an enemy of the jews) is confused with Salome (a jewish villain who killed someone important to Christians). And this disturbing connection is reinforced in German art after the reformation. Why? Is it some sort of Lutheran anti-semitism? Does the Lutheran translation of the Book of Judith add details that might encourage this translation?

I feel like a good week with JSTOR might disentangle the threads, but I don’t have that kind of subscription, or that kind of time.

Oh Hell, this has nothing to do with Post-Reformation Germany - Klimt was Viennese (and presumably nominally Catholic), and Beardsley wasn’t German at all. Paintings of Judith showing off her titties tend to fall into set places and times. For instance, Cranach the Elder (a friend of Luther) painted Judith dressed very stylishly, but a small group of his contemporaries in Nuremburg, e.g., Sebald Beham, did paint nude Biblical works, including Judith. It is perhaps telling that the group around Beham were called “the Godless painters” and chased out of Nuremburg by the city council.

If you look around depictions of Judith over the years, you will find a cluster of nudes in 15th-16th century Flanders (Jan Matsijs; Ambrosius Benson, who was a transplanted Lombard; Vincent Sellaer), and another cluster around the 19th century fin-de-siècle Symbolist movements, into which both Beardsley and Klimt (and other members of the Secession, such as Franz Stuck) fit. Now Flanders was not (and is not) Protestant territory, and the Secession had its centres in Catholic territories (Munich, Vienna). I don’t know the provenance of the first print in your post, but it looks very much like 19th century Symbolist work.