Atlanta's (the souths!) first recording studio or a Margaritaville? 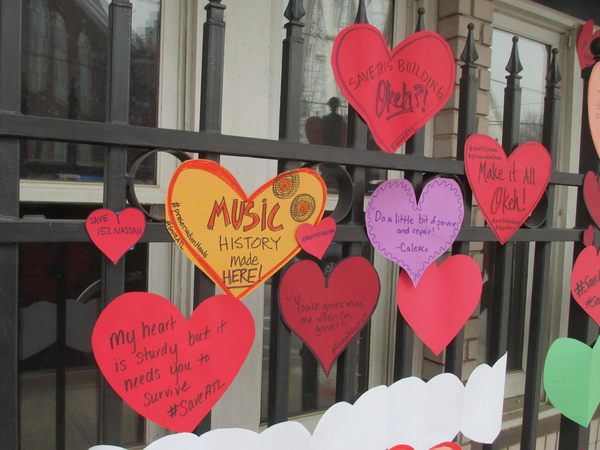 A nondescript building in Atlanta, considered a birthplace of country music, may soon be demolished—and become a Margaritaville.

That’s a bummer. I hope they work something out.

I’m not much of a history buff (by which I mean I don’t necessarily have the knowledge or background to fully appreciate, for example, why a given location or building is particularly historical), but I do appreciate the preservationist aspect of these sorts of efforts. Old things are just interesting, sometimes, and I think the physicality of a building (or artifact) imparts a certain visceral authenticity to the experience of learning about the associated topic.

I didn’t notice what it is now, but I think the building might be interesting as a local museum of some sort. Although I can see how programming for tours and exhibits might be a bit of a challenge.

The story is also bound up in the city’s legacy of prejudice. Carson got an early taste of celebrity from a song he wrote about the 1913 killing of a pencil-factory worker named Mary Phagan. Today, it’s known as the case that led to the lynching of Phagan’s boss, Leo Frank, a Northern Jewish transplant.

The Frank case led to the creation of the Anti-Defamation League—and the rebirth of the Ku Klux Klan. Carson played at Klan rallies and performed at political rallies for segregationist politicians, Kessler says. But he was also involved in labor issues and played a 1933 benefit for a jailed black Communist union organizer that’s now seen as Atlanta’s first integrated concert.

On the plus side, I learned a new word: pluperfect.