The Gathering churns toward its inevitable finish. As two Immortals fall to the prowess of their opponents, the fierce hearts that remain prepare to face each other in the final confrontation. The long journey across the millennia is complete. The Prize awaits.

[Opponents that faced each other have received their results via PM. Those players are encouraged to reveal the story behind those clashes to the rest of us.]

The ash grove, how graceful, how plainly 'tis speaking
The harp through it playing has language for me.
When over its branches the sunlight is breaking,
A host of kind faces is smiling on me.
The friends of my childhood again are before me
Each step wakes a memory as freely I roam.
With soft whispers laden the leaves rustle o’er me
The ash grove, the ash grove alone is my home.

Down yonder green valley where streamlets meander
When twilight is fading I pensively rove
Or at the bright noontide in solitude wander
Amid the dark shades of the lonely ash grove.
‘Twas there while the blackbird was cheerfully singing
I first met that dear one, the joy of my heart
Around us for gladness the bluebells were ringing
But then little thought I how soon we should part.

My lips smile no more, my heart loses its lightness;
No dream of the future my spirit can cheer.
I only can brood on the past and its brightness
The dear ones I long for again gather here.
From ev’ry dark nook they press forward to meet me;
I lift up my eyes to the broad leafy dome,
And others are there, looking downward to greet me
The ash grove, the ash grove, again is my home.

“There must be millions of them. Not very tidy for a librarian.”

“No, Mom, don’t pull that out! You’ll bring the whole pile down.”

“It’s wonderful to see you, Other, even under these circumstances. Give me a hug.”

"Good to see you too, Myf. Ow! Are you still wearing that thing? Doesn’t it pinch your, uh… "

“Only a little bit…

“Look, everyone, if we piled these books up to make walls we could have our own rooms.”

“Has anyone found the kitchen? I could bake some cookies.”

“I dinna suppose there’s a chance o’ a whiskey in this naff midden.”

So, I was to meet with Jane. Someone who’d apparently defeated the devil himself. Other than that, I knew nothing about her. I’d made sure the table was set appropriately, but she’d brought her own steak knives.

All told, I thought it went rather well. We kept the topics light, and covered a wide range of subjects. It was all going rather swimmingly. At least until we got onto the subject of DIY. That killed the conversation stone dead.

And so, now, just two remain, and there can be only one. I gather that the last man standing is my old accquaintance from across the Mediterranean, “Mr Collins”. Over the long years, I’ve come to think of him as…someone I’ve met. Odd character. A man of contradictions. The pacifist quaker who’s surprisingly happy to decapitate people. He certainly didn’t hold back with me. Still, there is recent history of people of that religion being surprisingly keen on violent action. I wonder if Mr Collins has been getting advice from the same sources? 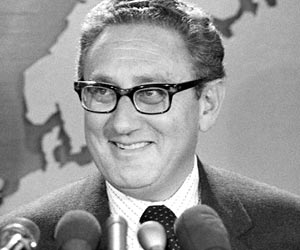 And on the plus side, I’m not getting any “advice” in my head from that Welsh pair.

Ahh, the old Zero. So knowing, yet missing so much.

I do no delight in decapitating. Indeed, I abhor the entire idea.

But I do seek the Inner Light, and I accept those that choose to join theirs with mine. These are not easy conversations.

Our Inner Lights are about to be joined, Zero.

It’s only a question of who (your corporeal essence or mine) and how (edged violence or sharp dialogue). 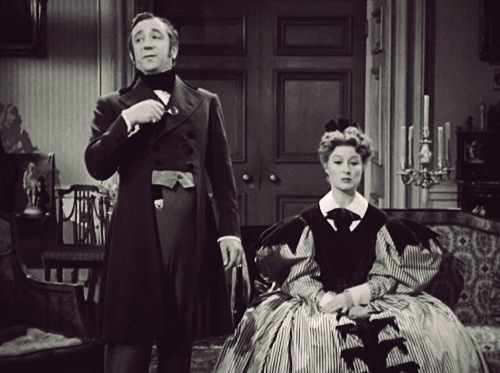 [*] The term “Quakers” was originally an insult, derived from adherents claims to “quake in the sight of God.”
The actual name is “The Society of Friends;” Congregants call themselves Friends.)

Hokey religions are no match for an ancient weapon by your side.

Sometimes the hunter falls to her prey. She gets reckless and forgets the so very inhuman thoughts that it thinks.

He cheated. He tipped his blade with the toxin of Phyllobates terribilis; I felt it as soon as it entered my bloodstream. A concentrated dose, enough for an immortal. Oh, he must have thought himself clever for thinking of it – using a poison dart frog to bring down me, of all people.

But I may yet win, in the end. Because I bring the gods with me, and we have the power for yet one more curse.

Should I fail to be avenged, I will curse him to never know silence. Every moment, awake or dreaming, he shall hear what I have always heard: an incessant ringing to drive him even madder than he is, to cripple him. And he shall have to live with it for all eternity. There is no acclimation to it, I know that well.

Sometimes even if she falls, the hunter still has a few tricks.

Hah! Chance’d be a fine thing.

Allow me to to introduce you to Bon. You’ll be spending eternity together.

So cocky and yet I think that sounds more like bravado.

You should be afraid.

Allow me to to introduce you to Bon. 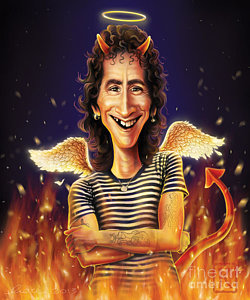 “Oi! Aengus! What’s that incessant ringin’ in our ears, ever since we shuffled off this mortal coil?”

“Ah, that’s the Tinnitus of the Gods, that is.”

I’m rolling thunder, a pouring rain
I’m coming on like a hurricane
My lightning’s flashing across the sky
You’re only Young but you’re gonna die

I won’t take no prisoners, won’t spare no lives
Nobody’s putting up a fight
I got my bell, I’m gonna take you to hell
I’m gonna get you, Satan get you

I’ll give you black sensations up and down your spine
If you’re into evil you’re a friend of mine
See my white light flashing as I split the night
‘Cause if good’s on the left, then I’m stickin’ to the right

I won’t take no prisoners, won’t spare no lives
Nobody’s puttin’ up a fight
I got my bell, I’m gonna take you to hell
I’m gonna get you, Satan get you

All this arguing is reminding me of my long-departed dear ol’ ma and pa.

Ah, but you would know it.

He was waiting for me at the arranged place. “Punctuality is the politeness of kings, Mister Pendragon,” he sniffed.

I chose to ignore the “Mister”. “Apologies,” I said, saluting with my sword. “The traffic was a nightmare. But I am here now. Am I addressing the Mr. Collins who I came here to compete with?”

“Actually,” he smirked, “it’s “with whom I came here to compete””. “And I think you will find that, in saluting, the hilt of the sword is brought to the lips by simply pulling the elbow back as the arm is raised.”

The bout had not begun, and already he had me on the defensive. “Oh, yeah?” I replied.

“But wait,” he said, “Come closer. If we are going to have a contest, we need to establish the rules.”

“Right,” he said, “no rules”, and unleashed a kick that might have ended the debate on the spot, if I had not taken Hep’s advice and worn an iron codpiece.

“That was ad hominem,” I objected. “I came here for an argument. That was just abuse.”

“No it wasn’t,” he sneered. His reckless overconfidence was a weapon I could use. I cautiously tested him with a logical feint. “Mr. Collins,” I asked, “do you have any words on that scroll?”

“No,” he replied smugly.

“Mr. Collins,” I asked, “do you then have some words on that scroll?”

“No,” he answered again, with a jesuitical smile, falling neatly into my trap.

“Mr. Collins,” I asked, “do you then have words on that scroll?”

“Yes, curse it!” he shouted, raising his scroll and trying to poke me in the eye.

Battle had now commenced in earnest. I opened with the classics:

“Well actually,” he interrupted aggressively, “the Latin v is properly pronounced as a w.”

“Good to know, and I thank you,” I replied. “When the bards write of this day, and ask me to describe you, my answer will be “whiney, weedy, weaky”.” He feigned insouciance, but I saw him flinch.

He recovered quickly, though, and sprang at me, pulling out a copy of On the Origin Of Species and beginning to read. With a quick parry-riposte I returned to the attack with the opening stanzas of the Mabinogion, and we battled back and forth for some time. I recited Talhaiarn from memory, he countered with Philosophiæ Naturalis Principia Mathematica. I switched to Paradise Lost, he responded with his own synthesis of Alfred North Whitehead and Maimonides (dubious at best).

I could feel myself tiring. All the chanting of choruses and tapping out the metre with my feet was taking its toll. In desperation, I said, “I will now recite the poem that won me second runner-up at the Llangollen Eisteddfod in 1214.”

A self-satisfied smirk came over his face, and from his satchel he drew a massive tome. It was the moment I had dreaded, the one no man could prepare for. It was Robert Barclay’s Theologiæ Vere Christianæ Apologia.

I could feel the weight of the Third, and then the Fourth Proposition pressing me to the ground, and still he read on—the Fifth, the Sixth. With my last strength I staggered to my feet, but he cast aside the Apologia and, with a triumphant leer, drew out the collected speeches of William Wilberforce. I recoiled, and sagged to the ground again.

Dawn was breaking. As he approached, unrolling his scroll, the morning sun glinted blood-red off its razor edge.