I was thinking of assigning some films for my summer class - any suggestions? The 3 themes I’m covering are US foreign policy (broadly defined here), social movements, and mass culture. I have a few ideas, but I’d love to hear everyone’s thoughts (especially non-USians) on good films set during the 20th century.

The first one that came to mind for me was Bobby:

Directed by Emilio Estevez. With Anthony Hopkins, Demi Moore, Sharon Stone, Harry Belafonte. The story of the assassination of U.S. Senator Robert F. Kennedy, who was shot in the early morning hours of June 5, 1968 in the Ambassador Hotel in Los...

The last public speech Bobby Kennedy ever made, earlier that day, was focused on reducing pollution (I can’t remember if that’s in the film or if I just knew that). There’s a woman going to marry a guy she knows from high school to help him, if not dodge the draft, at least get a better position in the army after he’s drafted. And there’s a lot going on about civil rights.

It’s a snapshot of where things were in 1968 – including, I suppose, Kennedy’s assassination itself.

This list has a lot of the standards, although it covers more than the 20th century.
http://www.teachwithmovies.org/best-us-history-hs.html

Social movements: Grapes of Wrath, Malcolm X, Selma, Hidden Figures, A League of Their Own, Good Night, and Good Luck

Us Foreign Policy: Many good WW2- and Vietnam-era films, but really, Dr. Strangelove and The Men Who Stare at Goats pretty much cover it.

I hate to say it, but I kind of want to avoid Dr. Strangelove. It’s a classic, and I bet lots of the kids have not seen it, but pretty much everyone shows it.

I was kind of thinking about Matinee, with John Goodman. The men who stare at goats would be good, too.

I hate to say it, but I kind of want to avoid Dr. Strangelove.

I can understand that, although you might want to mention it in passing.

I was sort of joking about The Men Who Stare at Goats, although it does make a point about CIA Cold War bumbling, which had some serious consequences we are still dealing with.

I just thought of Bridge of Spies, a better Cold War choice.

I am really surprised how difficult this is.

This may sound stupid but forest forest gump.

Are you avoiding documentaries? If not, how about Woodstock, Wattstax, The Life and Times of Rosie the Riveter, Before Stonewall, Berkeley in the Sixties, The Murder of Fred Hampton, Atomic Cafe?

Argo is problematic because, while it’s a good film, it’s a lousy documentary. What isn’t distorted is made up whole cloth, although I suppose that could lead to a good discussion about filmmaking’s place in mythmaking. I also noticed cough that when they showed Argo on Netflix, they cut off the card at the end the Canadian diplomats who were involved and who saw the film’s debut at TIFF requested.

If you can lay your hands on a copy of Our Man in Tehran, the two would be a good compare & contrast.

It’s a problem of too much stuff out there, I think.

Not at all. The list I’m making has the Black Panther doc, the Marsha P. Johnson doc, Atomic cafe, Wild Style… The Fred Hampton one might be good, also the before Stonewall.

I was thinking of that one, too.

That’s a good idea, a compare and contrast.

Directed by King Vidor. With Eleanor Boardman, James Murray, Bert Roach, Estelle Clark. The life of a man and woman together in a large, impersonal metropolis through their hopes, struggles and downfalls.

And, of course, Network

Directed by Sidney Lumet. With Faye Dunaway, William Holden, Peter Finch, Robert Duvall. A television network cynically exploits a deranged former anchor's ravings and revelations about the news media for its own profit.

Directed by David Cronenberg. With James Woods, Debbie Harry, Sonja Smits, Peter Dvorsky. When he acquires a different kind of show for his station, a sleazy cable-TV programmer begins to see his life and the future of media spin out of control in a...

Either Videodrome or UHF?

That’s a good idea, a compare and contrast.

You could compare and contrast U-571 with, oh let’s see, facts? 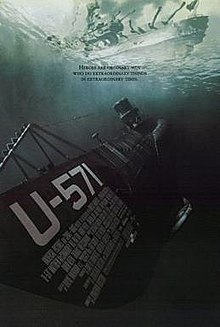 U-571 is a 2000 French-American submarine film directed by Jonathan Mostow and starring Matthew McConaughey, Harvey Keitel, Jon Bon Jovi, Jake Weber, and Matthew Settle. The plot concerns a World War II German submarine boarded by American submariners to capture her Enigma cipher machine. Although the film was financially successful and reasonably well received by critics, the plot attracted substantial criticism as it was British sailors from HMS Bulldog who, in May, 1941, captured an Enigma ...

I was looking for Bulworth and found this: 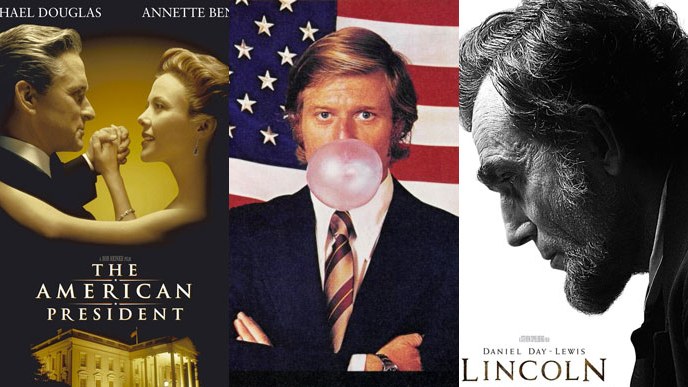 The 25 Best Movies About American Politics

From 1934’s *Gabriel over the White House* to 2012’s *Lincoln*, these films represent Hollywood’s best examinations of the only American institution more powerful than itself.

it’s not a great movie except for the fact that it shows the culture from the inside and has many of the real players in it. What you want is Style Wars, which is EXCELLENT, both in terms of the subject and in the execution of the presentation. And, the DVD has really cool extras, the buttons to access the individual writers and b-boys are their tags and includes “where are they now?” segments. Shit, I’ll swing by GSU and lend it to you.

Network sounds good. Malcolm X sounds good. I feel like everything easily thought of is lopsided towards the 2nd half of the century. I know there’s good stuff about the first half, but I’m confounded.