This was published by Forbes, no less, not a progressive site. 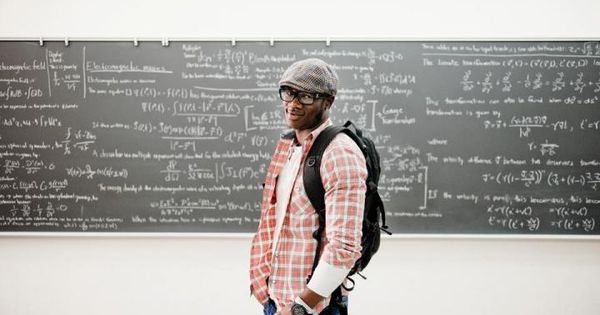 A new study shows that white admissions officers at colleges discriminate among different African-American students, look for those with a highly reduced emphasis on their own black identities and interests.

I feel like we could just call it “Colleges aren’t very progressive.” There are many things I like about academia, but the same biases that exist everywhere exist here.

I actually wrote a blog post (on Kinja) to respond to him publicly, as well as a beautiful scathing reply to one of his comments on a different thread.

I’m so sick of shit people.

A Message To MoDeRaTe MiKe:

ALL politics ARE Identity Politics, dude.

You can’t go kicking out the existing redresses for systemic oppression without first fixing the problem at the core of it. Abolishing capitalism is not a cure for racism. If you magick’d away capital overnight it would not reduce the amount of hate crimes in the US, nor the existing poor living conditions people of colour were forced into, nor would it fix racism one whit.

Your take was so incredibly out of touch I went and wrote a whole damn essay. But I’ll respond here, too. Let’s take a look at what you wrote, shall we?

Except morality is a construct built on selfish wants and needs. The fight for inclusion is a fight I can get behind a fight for reverence beyond everyone else I cannot. We either are equal or we are not and expecting corporations which is who your argument enables are going to change it in a good way and not just to push those of already high credibility even higher is not just idealism, but absolutely not going to fix any systemic issues.

Your philosophy puts more money into already rich peoples hands, raising the minimum wage is corporate gladhanding to keep their profits high, and hiring quotas remove the ability for the best individual to get a job.

You claim to be a former conservative, I’ve never been one and always hard left but tbe democrat party is pushing to the right and authoritarian I can’t get behind that when it limits the people more than it helps them. I don’t think Mr. King would be on your side as you aren’t doing enough to fight the real problem not race relations but help for the sick and the poor. All your post and agenda proclaim is bucking the status quo but to what my friend?

Wow. That is a lot to unpack, and I’ve moved house five times in two years.

Except morality is a construct built on selfish wants and needs.

“Morality is actually a front for personal greed! Therefore, I will defend my position in society that I earned by dint of my hard labour and sheer grit. I got here not because I was white - I am - but because I worked hard and therefore anyone who isn’t succeed isn’t working hard enough!”

This is… not at all an exaggeration of how you come across, Mike. You come across as a typical wypipo: uncaring for the lot of others. What came in your next paragraph lends credence to my reading of your attitude.

and hiring quotas remove the ability for the best individual to get a job.

There it is. You don’t give a flying fuck about the systemic, daily oppression people of colour face. You just want the “best individual” with the best skills and best education - that coincidentally, is only available to white people, mostly white men - to have income and you don’t give a shit about anyone else. You claim to be leftist but your own words betray you.

“Hard left” means smashing oppression in all forms - economic inequity, gender-based discrimination, AND ending racism. And you’re not interested in fixing any of that. Not race. Not gender. Not capital - all you want is for the good ol’ moderate white man to succeed at all costs.

Doctor Martin Luther King, Jr, dude. Was a socialist. A full-throated, honest-to-God, socialist. Intersectional before it was a thing: he recognized that oppression was a structure with many pillars - one of them being racism, and another being the feudalistic-like nature of capitalism.

I’d like to think he’d consider me an ally. I’m not the dude whining about Civility or that protests are inconvenient to me. I’m fighting to end the structure of systemic oppression. And you can too, if only you wished to grow a moral compass.

Except morality is a construct built on selfish wants and needs. The fight for inclusion is a fight I can get behind a fight for reverence beyond everyone else I cannot.

I’m often vengefully fantasizing Tom Clancyesque WW3 scenarios to win all the arguments while grinding my enemies to irradiated dust, but ideological battles happen on the surface when they go hot. The majority in the multidimensional sea underneath are just trying to get through the day and make things a little bit better. That’s always been better for peace and prosperity than drone strikes to keep the power politics of fifty years ago going. More predictable for the market players and yet more murderously unstable.

Maybe we can be both prosperous and peaceful and let the sea work a bit on its own rather than be all bro-methful and revengeful.

Argh. I’m glad you called him out on the morality thing in particular (though it’s all awesome). Adam Smith’s “all morality is selfishness” had been disproved so many times in so many ways, but people continue to cling to it.

I’d hoped after the release of A Beautiful Mind people would click it’s not an idea that holds, but you know.