I was listening to the testimony this morning and found it pretty interesting. Perhaps the most interesting revelation so far was that Comey specifically leaked his memos to get a special prosecutor appointed. While that’s great (and it worked) I’m sure Republicans will characterize this as a political act by a disgruntled ex-employee, and try to undermine his credibility with that statement.

Another thing that I found interesting is the way this is all being set up by Republicans to be no big deal, not an impeachable offence. Early on Nunes (again, I was listening on the radio so I’m not sure) said something about how the President told Comey that he “hoped” the investigation would be dropped, and went on to ask whether Comey knew of anyone who had ever been convicted for hoping. I thought this was particularly ridiculous because it’s the intent, not the words, that matters. I’ve spent some time as a cog in the criminal justice system, and I’ve watched enough crime dramas, to know that the mob boss doesn’t actually need to say “kill that rat, Jimmy” but even using euphemisms is sufficient. And in this case it just seems so clear; Trump demands loyalty and essentially makes a condition of Comey’s employment, and then on two seperate occasions suggests that Comey should drop the Russia probe. And then he fires Comey when the probe isn’t dropped, and says that not dropping the probe was the reason he fired him! Is it a 100% lock-tight criminal case? No. But it’s pretty damn good. I think Comey missed an opportunity to bring home the point that the words don’t need to be explicit for it to be considered a threat and obstruction of justice.

Kamala Harris got all over that “hope” thing.

On another note (pun intended):

I missed that part - any link to her questioning on “hope”?

"“In my experience of prosecuting cases,” Harris said, “when a robber held a gun to somebody’s head and said ‘I hope you will give me your wallet,’ the word hope was not the most operative word.””

I wasn’t able to listen to most of it, but following the coverage it doesn’t seem like much has really changed. Comey confirmed what we’ve already heard, and gave the Republicans a way to shift the conversation—“See! He was a dirty leaker all along!” The main benefit of all this is that it distracts and embarrasses the Republicans, so hopefully it will keep dragging on.

Impeachment is a political decision. If Congress wants there to be a case against him, they’ll find one. Otherwise, they’ll continue to ignore his corruption.

Yeah, I’m not hopeful about Comey’s testimony leading to anything, at least this “public” session. What happened at 1pm behind closed doors might be more interesting, but that might never leak out.

I’m more hopeful about the independent prosecutor, assuming he doesn’t get benched because of Comey’s testimony today. If he really is allowed to follow all the evidence wherever it leads, I think that there’s a good chance Republicans would be confronted with evidence that they would be hard-pressed to deny is impeachable. Trump has worn out his welcome with the Republicans, and they’re sick of defending him. I think if they’re given a very good reason, they’ll swap Pence in and try to move on as quickly as possible.

I think if they’re given a very good reason, they’ll swap Pence in and try to move on as quickly as possible.

Which is why I’m rooting for just the right amount of chaos and ambiguity to keep them from governing effectively.

Yep, let TrumPence dodder around for the next couple of years, ineffectually, that’d be better than letting an effective despot into the White House. I think that’s what Paul Ryan would be, unfortunately.

But for the love of all that is good, I want to see Sessions in prison.

But for the love of all that is good, I want to see Sessions in prison. 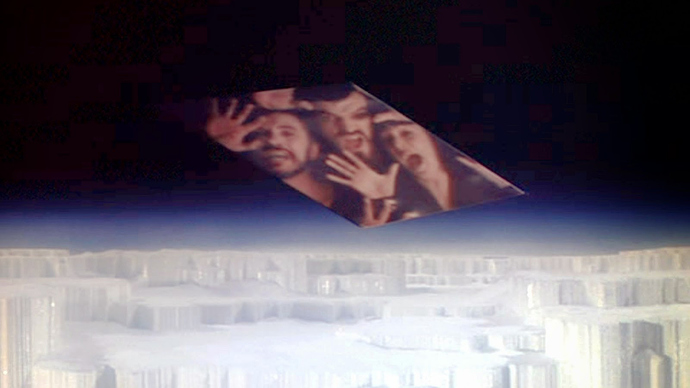 That works too. Save room for Trump. And Pence. And…

Do they make Phantom Zones big enough for this?

The thing that really struck me about Comey’s testimony was just how much better at this kind of thing he is than the senators questioning him.

“Stupid, bullshit, leading question”
“Answer from a professional who does this kind of thing before he has even had his morning coffee”
“Stupid follow up question”
[Very, very slight look of total incredulity] “Umm… No?”

The thing that really struck me about Comey’s testimony was just how much better at this kind of thing he is than the senators questioning him.

well. to be fair. he’s a trained professional, while most senators get by on people skills and meet-and-greet fundraisers. and, if they’re experts at something that seems to be a mark against them.

i seriously wonder if there’s a way to compare us officials against those of other countries. number of hours spent fundraising vs number of advanced degrees. that sort of thing.

the emperor of japan is also an ichthyologist for goodness sake. american politicians don’t even believe in evolution. sigh.

I think you give our elected officials short shrift; we have senators and congress members who are scientists, doctors, lawyers, accountants, and teachers. Indeed, about 3/4 of the Senate have advanced degrees. The number of advanced degrees in the House is lower, but the diversity of the degrees is higher. Source: http://m.huffpost.com/us/entry/2737382

Degrees, of course, are just a piece of paper. That statistic doesn’t reflect the quality of the education or what those people have done with it. But then again, I don’t know if the Emperor of Japan is a good icthologist either.

I think you give our elected officials short shrift

fair enough. i get so used to republican congress critters yelling about global warming, evolution, and conception that i forget some have had higher education. ( why were they graduated? why!? )

my core point was: comey’s whole career is based on asking and answering questions. while that should be the job description of someone in congress, the actual job description is about how much money they can raise for their party. ( it’s not a coincidence that we have had so many celebrities in higher office. )

fwiw, hirohito has had fish named after him. but maybe people were just being nice.

my core point was: comey’s whole career is based on asking and answering questions.

And getting people to answer questions they don’t even realize they’re being asked. The FBI are freakishly good at interrogation. He had to have been thinking to himself: “amateurs.”

While no smoking guns, I would hardly day there was any “vindication” here. Hopefully this is one of the many small cuts that will eventually cause this whole shit show of a presidency to finally bleed out.

one of the many small cuts that will eventually cause this whole shit show of a presidency to finally bleed out.

This am I read strategic intelligence analyst @EricGarland’s Twitter opus, which raises the hopes of an “administration”'s death by a thousand cuts. However, it’s Twitter, therefore devoid of nuance and citations. The flooring parts for me were how the interference was planned for years, and how many US politicians were presented with the choice to support or reject treason, and jumped on the treason train, expecting foreign meddling and involvement to be superior and enriching than what they had at the time, and of course, expecting not to be found out. “Well I’m not committed to values, and I’m with such-and-such party, therefore my fellow party members are as uncommitted to values as I am, and no one would ever rat us out or take notes.”

There’s a meme going round that says since a February NYT story is bullshit, the entire thing is bullshit. Apparently Chris Matthews says so.

And there’s this, smh

Seriously, can these people even try to cook up a plausible lie???