I got an Instant Pot as a gift some months ago, but other than allowing me to get rid of my slow cooker (which I haven’t used in years) I haven’t found it to be indefensible. I use it for beans – great for saving time and money using dried beans to make hummus, refried beans, and my Amazing Three Bean Salad. And it’s good for making chicken stock. But I haven’t found any meal that is both easier and better with the Instant Pot.

Does anyone else find this thing to be essential? Are there any great recipes that I should be trying?

This topic is not what I expected at all; I freely admit to being mildly disappointed. 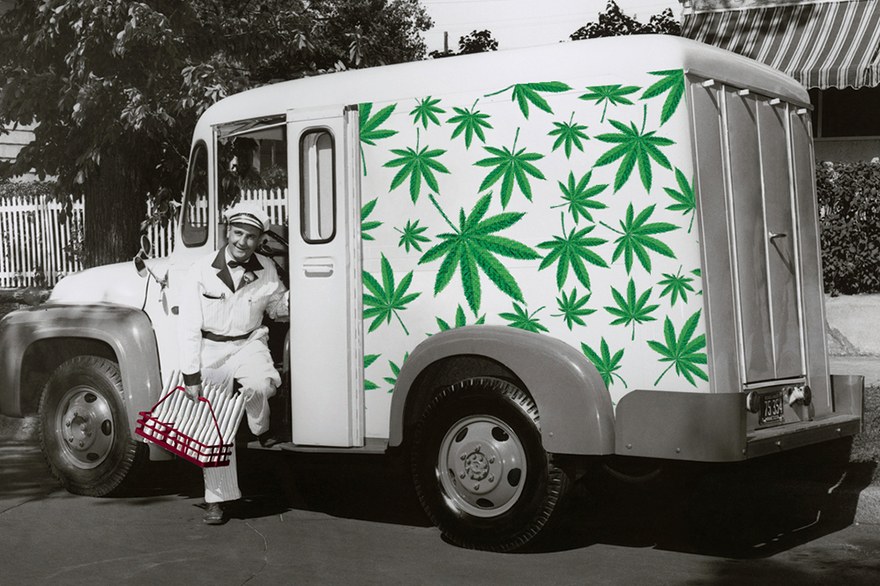 Ok it’s not specific to the instant pot, I use a plain old fashioned pressure cooker for short ribs, or other really any meat I’d like to fall off the bone. I don’t know if it’s better, it’s not worse, but it is faster. Anything you would boil or steam can be done faster under pressure. It doesn’t take long to cook broccoli but artichokes feel like they take forever the no-pressure way.

How easy is it to clean? I kind of wanted one but it looked like it might be a pain to clean up.

Does anyone else find this thing to be essential? Are there any great recipes that I should be trying?

My brother in law has one and swears by it. I have too many kitchen gadgets and not enough space so I’m not adding one.

I’ll try and ask him over Turkeyday if he can send any recipes on.

I actually have some ribs in the freezer earmarked for the instant pot. I usually do them in the smoker but it’s not the season for that. I have a recipe I’m trying out and will report back with results but if you have one, please share.

Cleaning the instant pot is actually pretty easy. There are some recipes I’ve tried that are only easier because there’s only one pot to clean. Whether that makes them worth making is another story, but it is easy to clean.

I’m with you on this one - I haven’t found the killer dish that moves it from the ‘convenient’ to the ‘essential’ category. I don’t have a rice cooker, so it’s great for doing bulk rice for dinner parties and freeing up a burner. Like you, I find it very convenient for big batches of beans as well - but would also love to know if I’m missing something.

If a slow cooker or a pressure cooker are not your thing, then no it is not essential.

I use my slow cooker all the time: broths, chili curries – I have even done beef roasts in it when I don’t feel like running the oven. Prop the roast up on something (aluminum foil balls work well, or if you have a rack that fits in) and it cooks up just like oven roasting. But everyone has their own preferences. It’s not a question of whether or not it’s a good thing, but whether it fits your life.

Glad to know I’m not the only weirdo here.

Man, that is flagrant false advertising!

I don’t really recipe very well. But I add something acid, something sweet, something salty, some water if there isn’t enough liquid, garlic, onion, cumin and whichever other herbs and spices feel right.

I’m a pretty good extemporaneous cook myself, which is why I find the pressure cooker so balffling; it’s more like baking than cooking. You have to put everything in then seal it up and wait an hour or more, and hope it comes out right. There’s no adjusting along the way.

Man, that is flagrant false advertising!

Start your own damn thread!

I use my slow cooker all the time: broths, chili curries – I have even done beef roasts in it when I don’t feel like running the oven. Prop the roast up on something (aluminum foil balls work well, or if you have a rack that fits in) and it cooks up just like oven roasting. But everyone has their own preferences. It’s not a question of whether or not it’s a good thing, but whether it fits your life.

Is it better to make curries in a slow cooker or over a burner? I’ve only ever made curry on the stove and some curries probably wouldn’t work in a slow cooker (beef rendang being an obvious example), but I was wondering if, say, palak paneer (spinach and cheese curry) or sayur lodeh (Malaysian vegetarian coconut cream+shrimp paste curry) would do better in a slow cooker. I mean, you have to fry the spice paste regardless, so it’s not like you wash fewer dishes by using the slow cooker, but it seems like such a fire and forget thing to toss it all into a pot and go away for a while.

to toss it all into a pot and go away for a while.

This is basically how I use it. I cook my broths on low for a couple of days (yes, it’s still safe. 1) it stays at a hot temp all the time up to the point of straining and freezing and 2) when reheating from frozen is brought to a boil.), and basically anything that can (or is required) to simmer for a long time works well in a slow-cooker with less worry about having to go stir it all the time. I can go do other things and not worry about it, and I generally use it for batch cooking of stuff I can then freeze in meal-size packets for days when I don’t want to cook, but need something nutritious.

My wife loves it and swears by it. She used it almost every day for months and still uses it a lot. Apparently it’s good for making Indian food, chili, yogurt, and various other things. There are tons of recipes, cookbooks, and enthusiastic fan clubs out there.

But it’s not my style. Personally I like frying, or boil and stir food. From the time you start until you eat, you’re cooking, creating - it’s an experience to be enjoyed. Instant Pot appears to be more of a way to avoid that - prepare some stuff and toss it in, then go do something else and come back later to eat.

I saw one very similar to that in NYC dispensing medical Mary Jane.

I was skeptical about your claim because I know that New York State is one of the most restrictive when it comes to medical marijuana (Cuomo’s an ass) so I did a little research. It turns out the truck you saw was likely not a medical marijuana truck, because no mobile dispenseries exist in New York (AFAIK). Instead, what you saw was a truck that sells lollipops and possibly other items that have cannabidiol, which is derived from hemp, legal in any state, and has questionable psychoactive effects. There is no THC (the main psychoactive component of marijuana, which I’m sure most people know) in their products. And though the Weed World operators, who have 16 trucks in the New York City area claim that the lollipops have a “relaxing” effect, the amounts of any CBD in the products are minimal. So really, it’s just a truck selling novelty marijuana themed candy, which is kinda disturbing in an entirely different way. 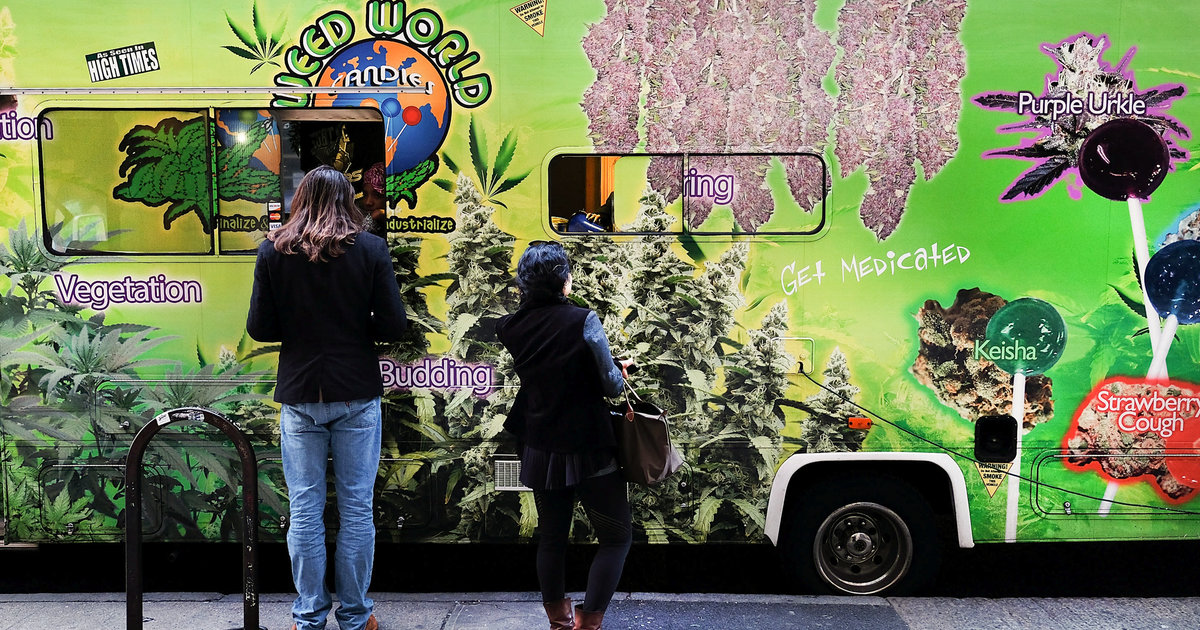 What's the Deal With Those NYC Weed Trucks? We Did a Weed Lollipop Taste-Test to...

It can't really be weed, right?

Interesting. I was curious about it as well but since pot isn’t really my jam, I didn’t do the follow-up work that you did.

I’ve never seen one myself, but when I read that article I realized what a brilliant bit of chicanery that those trucks are. They probably hang out in highly touristy areas, selling to people who come to New York assuming it must be the kind of place you could buy marijuana from a truck. And of course the truth is that marijuana is readily available and there are delivery services, but they’re not legal and you won’t find them operating in plain sight.

Pot’s not my jam either, but I am looking forward to the legalization of it in NY - it really should be legal recreationally, and access to medical marijuana should be much greater. I’m hoping that the medical distribution laws are greatly relaxed, and that NY goes the way of MA and allows personal growing. I want to be among the first of Brooklyn’s rooftop artinsal organic pot farmers. Because pickling is so passe.

I have changed the title of this thread to better reflect the intended discussion.

I mean, you have to fry the spice paste regardless, so it’s not like you wash fewer dishes by using the slow cooker

That’s the specific advantage with an Instant Pot that I use most often: set it to saute to start with (to saute onions, mirepoix, whatever) and then when they’re done add everything else and set it to pressure or slow cook to finish.

So it really can be considered a “one pot” appliance.