Today, I sent a letter to Her Excellency @GGJuliePayette expressing concern over recent comments mocking the religious beliefs of millions of Canadians. She will always be welcome in Saskatchewan, but I ask that respect be given to all our peoples, including those of faith. https://t.co/dH3OzspAnF 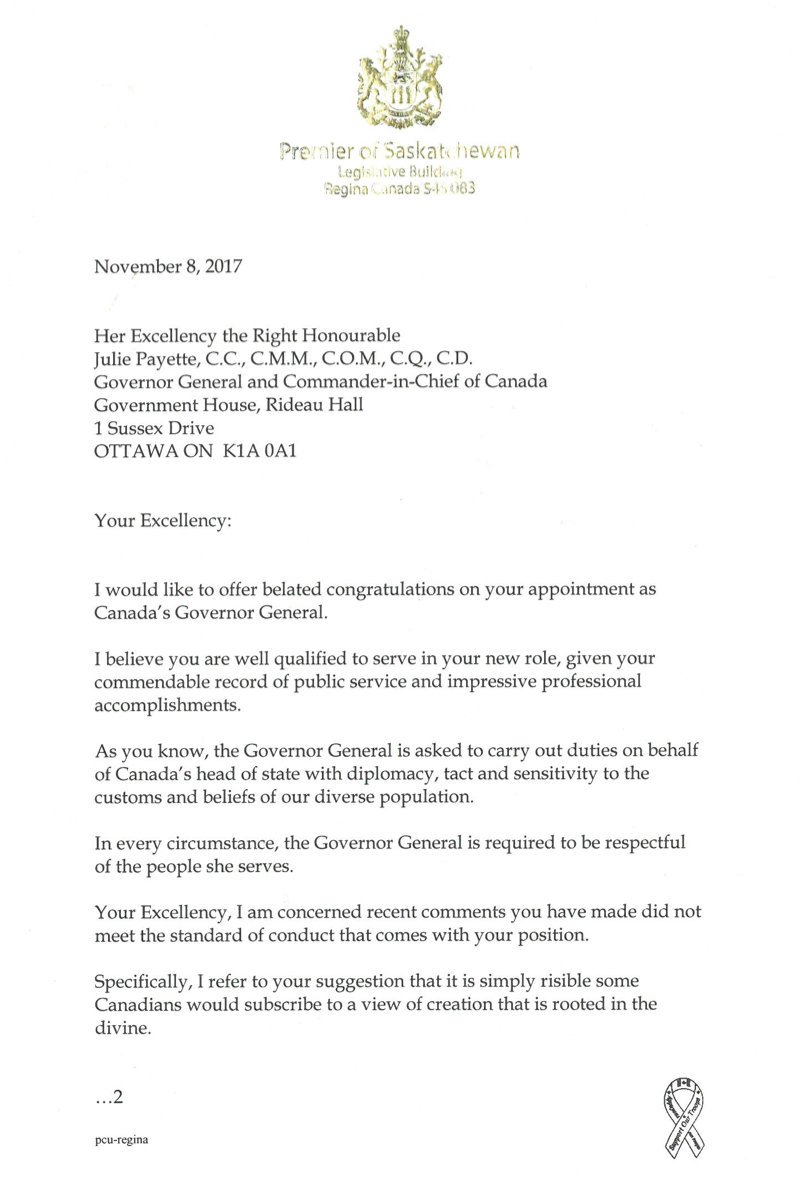 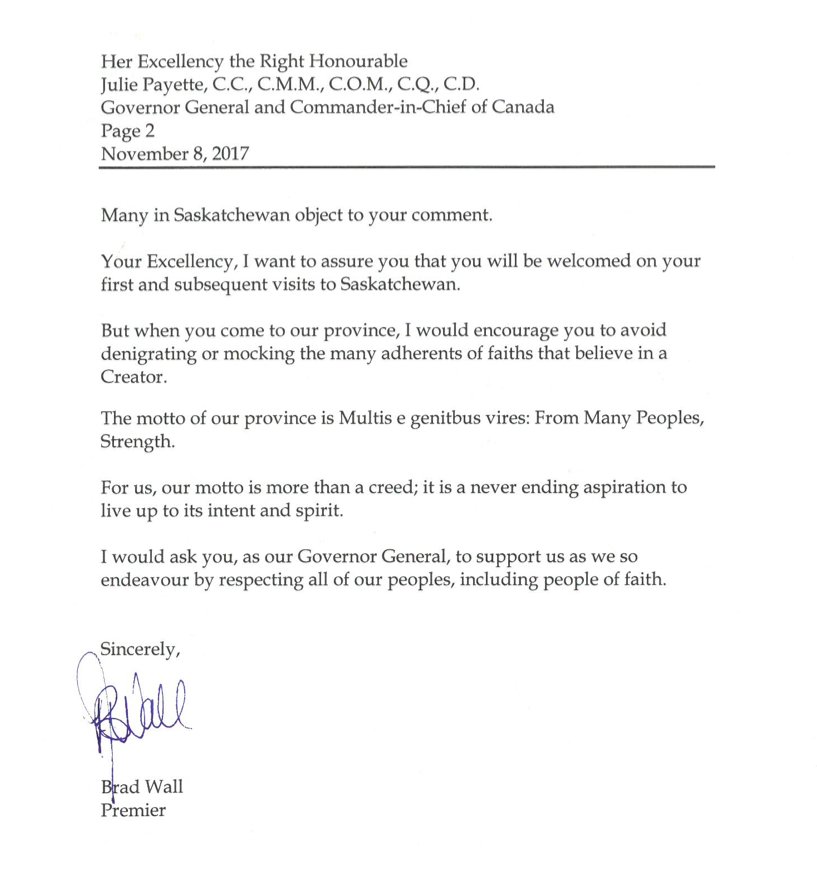 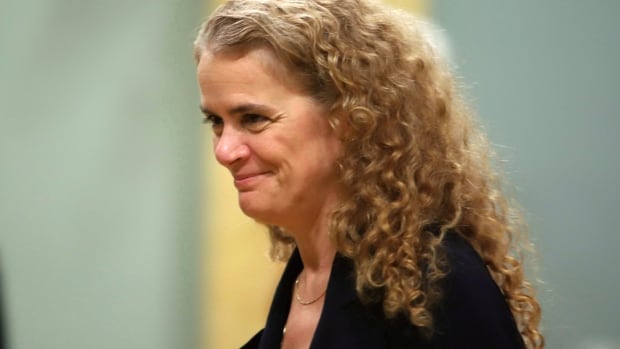 One month into her new job as Canada's Governor General, Julie Payette is taking on fake news and bogus science.

Brad Wall and the regressive conservatives (rebranded as the SaskParty) are every bit as dangerous as Trump, voted in by a base largely madr up of spiteful old fools, who grossly pander to the fundamentalist sort of morons and yet hate on Muslims at every opportunity. Hypocrites and insider traders make up his party.

Maybe we could do a state swap; you give us Saskatchewan and I’ll bring NY up to you…

That explains why so many people from Saskatchewan have shown up in TO lately.

I haven’t met a one who wasn’t a totally cool person. Saskatchewan’s loss.

I know people looking to have their religious feelings hurt will get behind this anyhow, but it is so, so making political hay it’s pathetic.

I would buy it more it people of his ilk respected everyone else the same way he wants to be.

WTF?!? I thought the US had the lock on crazy “Christian” types?!?!

Sorry if it doesn’t say in the Bible to be nice to others, then it doesn’t apply.

And if it does say that, it doesn’t apply in modern times.

Nope, the Western provinces have them too.

I’ve heard Alberta described as the Texas of Canada. Saskatchewan and Manitoba don’t sound that much different, from what I’ve heard.

Ugh, whenever religious hatred shows up, Texas is somehow involved.

A friend of mine from Vancouver, BC are and I were talking years ago and I’d mentioned going up to Calgary and Regina and other middle-o-Canada places in my youth.

And her eyes grew wide and she said “The Prairie Provinces? Why would you ever go there?” in her oh-so Canadian way.

The only parts of Canada she thought highly of was the West Coast, Toronto (to a lesser degree) and PEI (For Anne of Green Gables reasons).

I’ve heard Alberta called the Texas of Canada not for the religious stuff alone, but also for the conservativism in general, the oil fields and cattle industry, wide open plains, and because they like football. Lots of parallels there, depending on how deep you want to go.

I don’t mean to rag on Texas. I’ve met many quality people who are from Texas or who currently live there. I haven’t been there in close to ten years, but I’ve always enjoyed my time there.

WTF?!? I thought the US had the lock on crazy “Christian” types?!?!

The problem with all these people is that while going on about how “Christian” they are, they are uniformly ignorant of basic theology.

My supervisor in sociology of religion was also an Anglican clergyman with a parish outside Cambridge. He told us how the Parish Council had interviewed a potential new scoutmaster. Then the problem of religion turned up. The guy was an atheist.
So several people on the PCC tried to find a formula of words he would agree to so they would feel happy about letting him do it. Our supervisor said he let them dig holes until eventually one of them said “Well, do you believe in a Supreme Being?”
“That’s enough 18th century theology,” says our supervisor, “I assume we’re all agreed that we have the right person here?”

And we have to drive through Alabama in a couple of weeks.

Saskatchewan is in the hands of this sort of crazy nonsense?

Looks like we need zombie Tommy Douglas to rise up and save the province.

And her eyes grew wide and she said “The Prairie Provinces? Why would you ever go there?” in her oh-so Canadian way.

Oh please. The first time I went to Vancouver, people kept asking, “So! First time in BC?” and I’d explain no, my grandparents used to live in Kelowna, we’d drive out every summer and visit them for a couple of weeks.

And they’d say, “Oh, the interior” like I’d just embarrassed myself.