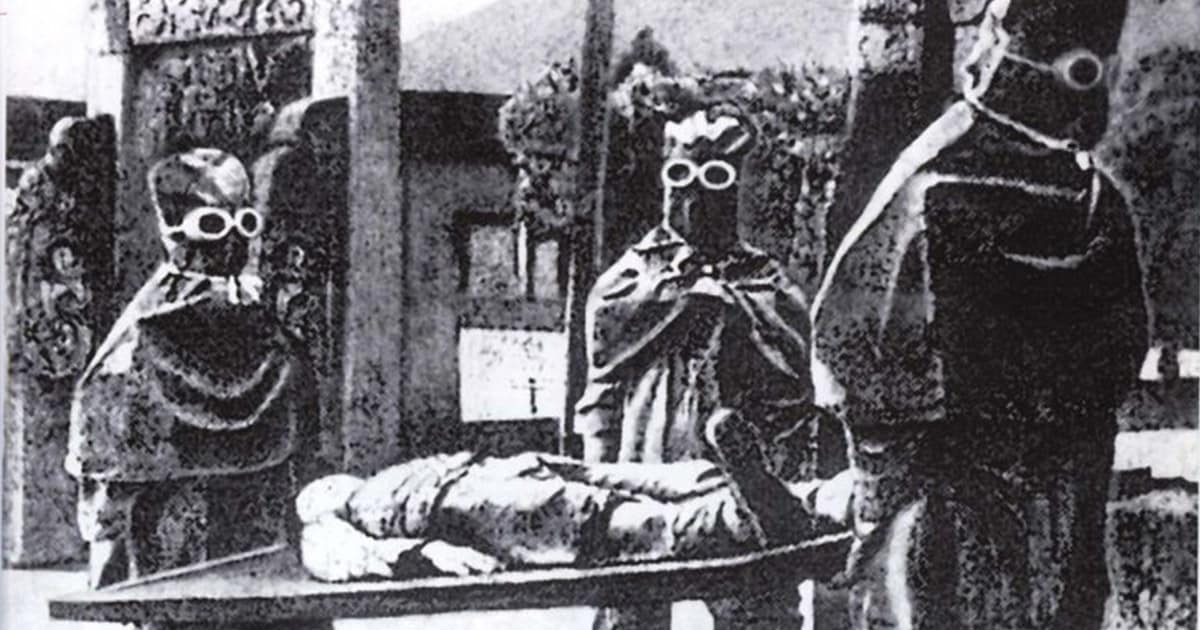 Whatever horrible sin you may think you've gotten away with, it's nothing compared to some of the enormous crimes the U.S. government pulled off.

The Tuskegee Study of Untreated Syphilis in the Negro Male, also known as the Tuskegee Syphilis Study or Tuskegee Syphilis Experiment (/tʌsˈkiːɡiː/ tus-KEE-ghee) was an infamous clinical study conducted between 1932 and 1972 by the U.S. Public Health Service. The purpose of this study was to observe the natural progression of untreated syphilis in rural African-American men in Alabama under the guise of receiving free health care from the United States government. The Public Health Service starte... The Business Plot (also known as The White House Coup) was an alleged political conspiracy in 1933 in the United States. Retired Marine Corps Major General Smedley Butler claimed that wealthy businessmen were plotting to create a fascist veterans' organization with Butler as its leader and use it in a coup d'état to overthrow President Franklin D. Roosevelt. In 1934, Butler testified before the United States House of Representatives Special Committee on Un-American Activities (the "McCormack-D No...

but but I thought our government was the best one!! The moral one!! The ‘Christian’ one!! A number of writers have alleged that the United States Central Intelligence Agency (CIA) was involved in cocaine trafficking during the 1980s. These claims have led to investigations by the United States government, including hearings and reports by the United States House of Representatives, Senate, Department of Justice, and the CIA's Office of the Inspector General. The subject remains controversial. CIA involvement in trafficking is usually alleged to be connected to the Contra war in Nicara...

Gary Stephen Webb (August 31, 1955 – December 10, 2004) was an American investigative journalist. He began his career working for newspapers in Kentucky and Ohio, winning numerous awards and building a strong reputation for investigative writing. Hired by the San Jose Mercury News, Webb contributed to the paper's Pulitzer Prize-winning coverage of the Loma Prieta earthquake. Webb is best known for his "Dark Alliance" series, which appeared in The Mercury News in 1996. The series examined the orig... We don’t talk about Pine Gap any more. Or North West Cape, or any other US military spy bases in Australia.

For Australia, that was annoying but not fatal. For Indonesia and Timor, it was catastrophic. And the damage is still being done.

For some of the consequences, see:

Bigotry and Resistance at the Air Force Academy

For a bit of Timor-connected military history from my neighbourhood, though: One of the longer-term consequences of this was the Indonesian invasion of East Timor. About 1/3 of the Timorese died during the occupation. They were the...