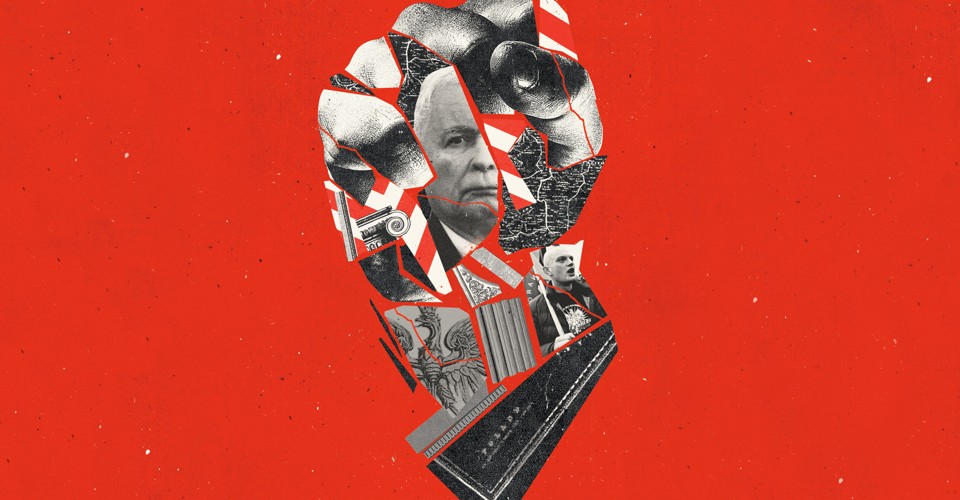 A Warning From Europe: The Worst Is Yet to Come

Polarization. Conspiracy theories. Attacks on the free press. An obsession with loyalty. Recent events in the United States follow a pattern Europeans know all too well.

Lenin’s one-party state was based on different values. It overthrew the aristocratic order. But it did not put a competitive model in place. The Bolshevik one-party state was not merely undemocratic; it was also anticompetitive and antimeritocratic. Places in universities, civil-service jobs, and roles in government and industry did not go to the most industrious or the most capable. Instead, they went to the most loyal. People advanced because they were willing to conform to the rules of party membership. Though those rules were different at different times, they were consistent in certain ways. They usually excluded the former ruling elite and their children, as well as suspicious ethnic groups. They favored the children of the working class. Above all, they favored people who loudly professed belief in the creed, who attended party meetings, who participated in public displays of enthusiasm. Unlike an ordinary oligarchy, the one-party state allows for upward mobility: True believers can advance. As Hannah Arendt wrote back in the 1940s, the worst kind of one-party state “invariably replaces all first-rate talents, regardless of their sympathies, with those crackpots and fools whose lack of intelligence and creativity is still the best guarantee of their loyalty.”

I’d rather the socialist party run our city council than, say, the Koch brothers, who run almost everything else.

…then how should we think of a council member who votes based on not consulting anyone? A tyrant!

I just hope more voters would rather have Socialist Alternative calling the shots than, say, the NRA or Wal-Mart or Facebook (or Russia…).

if you are a naive, wild eyed idealist, you might see the elected official as “your voice in government”, obligated on some level to synthesize the concerns of her constituents into some sort of policy.

The unfortunate reality though, is that many politicians prioritize the concerns of donors (the oligarchic class, if you want to go there), or a machine, over those of mere constituents. This appears to be the same sort of policy-- except that it prioritizes the interests of the party over everyone else. Which is fine, provided you believe that the party is more representative of the people than the donor class and has a formal role to play.

I don’t get the outrage over this, when compared to the lack of outrage about party-line voting in higher levels of politics.

I mean, imagine the headlines.

Are you as shocked as I am about this (wholly made-up) revelation? It’s a stunning idea, that an elected official would feel more accountable to the party they’re a member of, as opposed to the voters who the official purportedly represents.

Sarcasm aside, the only difference I see here from the status quo is that:

I completely agree that a politician holding allegiance to party rather than their constituents is problematic at best, and completely antidemocratic at worst. But, if you’re going to raise red flags about it, the flags should be raised about the people who have declared their primary allegiance to a political party who are running the country, rather than the owner of one vote on a municipal council.

I mean, she has been their star for the past few years. Their one electoral success story and the biggest mover behind the push for a $15 minimum wage.

Of course it’s also very possible that SA will not have another success story like this ever; they are a lot less organized and experienced than DSA generally, and generally farther left and more inclined toward direct action of the getting-beaten-by-cops-and-thrown-in-jail variety.

Exactly – you sum it up nicely.

In a representative democracy, it’s important to not only synthesize what your voters want (via polls, party, or whatever), but also show some leadership to try to convince where our society needs to go. The Republicans have certainly managed to do that, in totally the wrong ways of course. The Democrats seem to flail about, for a number of reasons: campaign contributions and/or being essentially moderate Republicans in disguise. A few do seem to have a moral imperative, but all of them suffer from the problem that complex problems have complex solutions that are difficult to express in a sound bite. Easier to say “lock her up!”

Somewhat off-topic, but the Russian Revolution shows what can go wrong…

A few weeks before, the Petrograd Sovyet ousted the Provisional Government. And the Bolsheviks set up a cabinet.

And the Socialist Revolutionaries split into 3 factions. And the left supported the Bolsheviks and joined the cabinet while the center aright opposed them. And there wasn’t enough time for ballot access, so whoever controlled the party lists controlled that district’s representation.

And that usually favored the center, to the point that the left wanted to shut down the Constituent Assembly. So the party list approach has its problems.

And the guards were tired, called for an early halt the 1st day, and the Left and the Bolsheviks decided not to have a 2nd day.

Now the Sovyets had no fixed system, and much more urban representation than rural. The Bolsheviks had a majority to begin with. The various Socialist Revolutionary Parties were likely to win the majority if both urban and rural areas had equal representation per capita. The Bolsheviks decided to preserve their majority by fixing representation at 1/25,000 urban residents and 1/125,000 rural residents. So the party discipline overruled basic democratic principles.