Something I’ve noticed since this site started was that threads here can be quite long - I was just looking at the Not Feminism 101 thread for instance, and its up to 669 comments. Wanderthread is up to 1800+ comments. That means there’s probably a lot of great discussion, but what it also means is that it’s nigh unapproachable for anyone new to the site - just catching up on the discussion is daunting. And there are lots of subtopics in there that I know I would love to talk about but because I wasn’t part of the initial conversation it’s too hard to identify and contribute to. Also, long threads don’t serve the initial intent of the conversation, since there seems to be a lot of drift.

I’m not sure what the solution is to the above problems, but I would suggest folks think about these issues when starting a thread or commenting on other threads. When starting a thread, consider a narrow focus to direct conversation, and when commenting consider thread-drift, and whether the comment might be better as it’s own thread to draw in more of the community to the discussion.

I was just looking at the Not Feminism 101 thread for instance, and its up to 669 comments

Not Feminism 101 may be long, but it’s a lot of fun. Then again, I’m not a newb wandering in to a thread I’d never seen before. However, if I approach it as a long rambling conversation and not as something where I have to read every post in order to understand what’s going on, I’d be more comfortable with it.

Wanderthread is up to 1800+ comments.

Wanderthread is a bit of a firehose. I can’t follow this thread anymore, even though I really want to. So much information, dumped without much discussion and back and forth. It may be over 1800 comments, but over 1400 are from @Wanderfound himself. I would actually recommend not firehosing anything relating to current events, and instead give each event its own little thread. There will be a lot more threads, but also a lot more discussion. I should also point out that if the discussion on each of these expires in five days like at That Other Place, it will be a lot easier to simply avoid the expired threads than wading through stuff I’ve seen two weeks ago to get to the current current events.

And there are lots of subtopics in there that I know I would love to talk about but because I wasn’t part of the initial conversation it’s too hard to identify and contribute to. Also, long threads don’t serve the initial intent of the conversation, since there seems to be a lot of drift.

I like long conversational threads, especially if there isn’t really a topic, or if the topic is really vague. But if there is a topic and the thread starts to drift off into a million and one different directions, it should probably be split.

Overall, I would also prefer more shorter threads to like a handful of super long ones, but super long threads with no topic also have a place (like the Lounge).

Usually I scroll up to about 100-300 messages from the end (depends on how much I feel like reading) and then read down from there. No-one’s expected to take every single post to heart.

Wanderthread exists the way it does for a reason. People were complaining about depressing posts all over the place and Wanderthread is a round-up thread (similar to the ones at TOP).

I would say that if you see something in one of those threads that you want to spin off into a separate conversation, fine, there is a “reply as new topic” button, but the alternative is cluttering the board with a billion new threads any time something comes up related to those threads.

If you don’t like round-ups, you don’t have to read them, but having them makes it easier for those of us who want to watch and contribute to those to be able to, instead of having to reply to twelve different tangentially related threads across the board.

When I joined TOP, there were lots of those threads. Still are, though less used these days. I took them as a sign of the things the community was passionate about, read when I had time, or skipped to the end if it was current event related.

I would actually recommend not firehosing anything relating to current events, and instead give each event its own little thread.

Shit, at this point @Wanderfound should have their own topic! Why you no blog?

Wanderthread basically is that topic. The rest of us active in there post mostly with that understanding.

The rest of us active in there post mostly with that understanding. 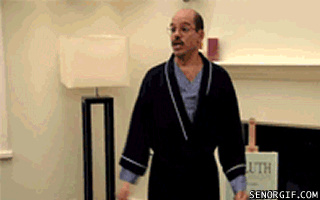 My personal pet peeve is this one:

I think this would definitely benefit from being split into multiple topics, either at the end of each AMA session, or by linking to a new topic from the central one each time a new AMA starts. Each topic could be tagged or categorized appropriately so that people would get the notifications they need, but we wouldn’t have the situation where there are a dozen intentionally separate conversations stacked end-to-end.

I am also a fan of automatically expiring topics, but in fairness some of my old topics have recently been resurrected with interesting discussion.

This is a good idea.

This thread is different from the roundup threads at That Other Place, because there was some discussion over there.

Could be there’s no discussion because few people can be arsed to wade through the firehose. Maybe that one would work better as a Category, with individual threads within.

I do so love resurrected threads. Seriously! But yeah, some would benefit from expiring before they get too unwieldy. I think a 5-day expiry default might be too short, but… Maybe users who start a new thread can decide if their thread should be open-ended or not? Something like Count to 10,000 should obviously be open-ended, and Questions worked well that way too. The AMA threads should definitely be split off and timed to expire. Other threads… well, timed to taste? Is that feasible?

I really enjoy conversational drift. I like you guys, and I like the way you think, and some of the best insights here come from OT birdwalking. Obviously, some threads need to be more tightly monitored to prevent threadjacking than others, but on the whole I prefer a light hand on the tiller. We’re mostly all grownups here.

The expiration settings can definitely be set at the category level, but I don’t think they can be set more finely than that. That’s why there is a 5-day expiration on blog post topics at BB, and a rolling 30(?) day window on other topics.

Hmm. Do TL2 users have the ability to lock their own threads?

Hmm. Mild bummer. So I take it @messana has to ask one of you guys to manually lock his Badass threads. Minor inconvenience.

Well, maybe we could have the Games category be open-ended, create a new Category called, I dunno, Eternal Verities in which to move ongoing endless threads like Wanderthread, and give all other categories an expiration length of, say, 10 days? I think 5 is too short, even for hot newsworthy items, but 10 feels like plenty. Whaddaya think?

So I take it @messana has to ask one of you guys to manually lock his Badass threads. Minor inconvenience.

He locks his own threads, I assume.

Oh, is he a mod? Or have a TL status that permits it?

He’s an admin. @ChickieD is the only official mod, with @tinoesroho pulling double-duty and @waetherman and I mostly staying out of the way.

The About page should always be up to date, if you need to double-check.

I can’t find a way to grant topic closing powers based on TL, but I’ll dig a little deeper before making a final declaration.

Ah, thanks. Totally forgot he was an admin.