There must be more to this, because I’m a nervous wreck at the best of times and dogs generally like me, whether I know them or not. 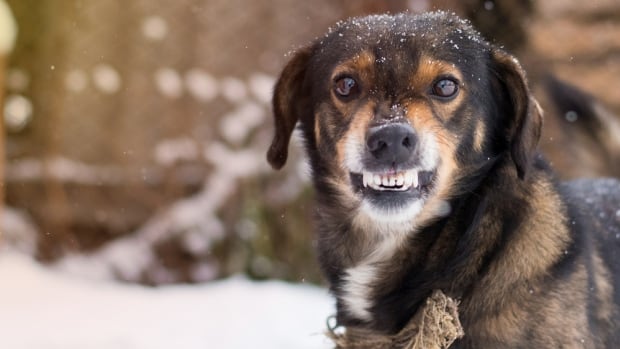 Dog bites: It may not be them, it could be you | CBC News

It's possible that dogs are more likely to bite people who have nervous or anxious personalities, a new study suggests.

I know that both our male cat and I have mellowed in recent years, and I wonder sometimes if that was primarily him or me?

I’m internally anxious and nervous, but tend to appear pretty easygoing externally. There’s a dog known as “growly-dog” because she growls whenever anyone touches her and sometimes tries to bite people, but she likes for me to pet her, and doesn’t growl.

I have been bitten a couple of times, once as a child while riding my bike when two dogs decided to chase me and once as a teen when I went to visit a friend and held out my hand to the ‘friendly’ dog instead of the unfriendly one. I think the first time was just dogs being wannabe gangstas and the second was that the dogs had decided to try switching personalities for a bit.

Mostly, animals like me no matter how tweaked I am. I don’t know why.

I’ve always been afraid of dogs in relation to their size, but a few years ago, I met a huge doberman who managed to put me at ease. Huge but super mellow, and we had a sweet moment. Ever since, dogs react less to me, I think because I’m less afraid. Which is great because I am still not really comfortable with them.

So, maybe it isn’t anxiety as much as dog-anxiety. But, yanno, anecdote.

That does fit with the study and with what responsible dog owners have been saying forever, though.

This is interesting re: dog size vs dog bite

Are there really as many dog bites as we think there are? Is one breed responsible for them all? We'll give you the facts in this article.

My favourite breeds are the Irish wolfhounds and Great Danes. Big, yes, but they don’t move fast and loooove affection.

The times I’ve personally seen dogs go from calm to threatening, it was always directed at a person that I visibly noticed was freaked out by the dog and then the dog reacted. The vibe they’re throwing off makes me go “what’s up with this guy–oh, he’s scarred of dogs,” and then/simultaneously that is exactly what the dog notices, too; I notice the person and then the dog reacts. It may escalate, depending on the dog (some are empathetic, even), but the human always acts the same way. In the instances I’ve witnessed, the dogs aren’t inherently mean, they’re upset and what we would call a fight-or-flight mechanism doesn’t include flight. Never seen an attack, never seen a bite, just “This guy is acting erratic, I will protect the others/myself.” This is not an excuse, this is just how I interpret what I’ve seen.

And I’ve been that guy. I love dogs, I don’t act tense around dogs and never experienced the above reaction BUT I’ve still been the person who has mistakenly provoked a panic reaction in a dog. I’ve even been bitten once, though in every other case it was trivial to de-escalate. The lesson came from my best friend’s elderly dog, whom I had greeted earlier that day. I passed it in a darkened room, alone, en route to the bathroom and I leaned in to pet it, not seeing it was asleep. It woke up with a hand in it’s face that was not a family members’. Poor memory and reaction compounded by advanced age. Still have the bite scar on the webbing of my right thumb. But it immediately realized it had made a mistake and was upset at what it had done and sweet to me right after. And I realized that I had provoked a panic reaction.

My experience leaves out the unfortunate fact that there are awful dogs (and owners) out there who, I acknowledge, are just mean and do attack and bite. I’m just saying I don’t have direct experience with them. (I’ll note that poor dog-to-dog behavior is a completely separate issue and seems more common.) FWIW I’ve encountered many more scary people than dogs (though I’ve been around many more people than dogs, in total, of course.)

I get that a person cannot turn off a phobia. I feel bad for people who are scarred of dogs because it’s a feedback-loop. They will never have a positive dog experience because even the most empathetic dogs will always be reacting to the person’s fear and the experience will be neutral at best. I imagine there must be therapy dogs for this? Golden Retrievers and such with specific training to not react to fear?

But it immediately realized it had made a mistake and was upset at what it had done and sweet to me right after.

Reminds me of a story. When I was a teen, one of my friends had a huge dog, she probably outweighed me 2-1. When I was walking up to his place, she would bark ferociously, which was scary, but once I got close enough for her to recognize me, (she was elderly and her eyesight wasn’t good, so that meant getting pretty close to a ferocious dog that outweighed me 2-1) she would switch right over to sweet old lady mode.

Anyway, one night we were hanging out watching movies and, for lack of a coffee table, had our drinks on the floor next to the couch. She came in, plopped down, slept for awhile, and then woke up, looked confused, and slunk away to another room with her tail between her legs. I reached for my drink, but the cup was laying on it’s side and empty. Went and found her and her backside was all wet. Poor old girl was so embarrassed, she thought she’d wet herself in her sleep.