Don't Believe what You Outrage 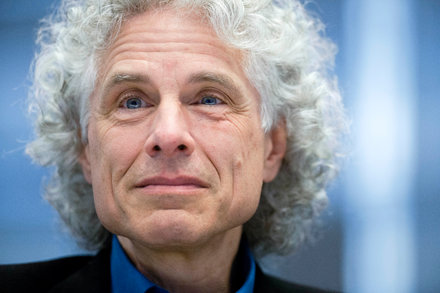 Opinion | Social Media Is Making Us Dumber. Here’s Exhibit A.

Steven Pinker is a liberal, Jewish professor. But social media convinced people that he’s a darling of the alt-right.

My problem with these types of articles is the pearl-clutching appeal to authority. I’ve read a lot of Steve Pinker over the years; some of it I’ve liked, some I’ve hated, some I’ve taken offense at for its weird conceptions of what evolutionary theory says or predicts.

But I think the author has to take their own advice and be more persuasive:

The idea that Mr. Pinker, a liberal, Jewish psychology professor, is a fan of a racist, anti-Semitic online movement is absurd on its face, so it might be tempting to roll your eyes and dismiss this blowup as just another instance of social media doing what it does best: generating outrage.

To whom is this persuasive if you’re not already either an academic or a popular science enthusiast?

The next couple paragraphs construct the argument reasonably well, but ending on

It’s getting harder and harder to talk about anything controversial online without every single utterance of an opinion immediately being caricatured by opportunistic outrage-mongers, at which point everyone, afraid to be caught exposed in the skirmish that’s about to break out, rushes for the safety of their ideological battlements, where they can safely scream out their righteousness in unison. In this case: “Steven Pinker said the alt-right is good! But the alt-right is bad! We must defend this principle!”

So this is making us dumber. I can buy that a lack of reading critically makes us dumber. I don’t really buy the argument that this is one-sided tribalism when the author spends so much time pointing to the fact that the video is made to mislead. To me, there are two problems there: a) people are releasing content to mislead and b) people are mislead because they aren’t exercising appropriate critical thinking when encountering information. But this article lays all the blame at the feet of people who are like “Whoa, Steve, not cool”, and none at the feet of people who smugly smile and share the content when they see it.

Maybe this is an excerpt from this person’s upcoming book. Which … seems facile and not something I’m interested in reading, if this is a taste.

Pinker has been for decades a semi-crappy pop statistician for the clickbait and “fuck you, buddy” schools of economics. The op-ed here opens with the given that because Pinker is a fixture on NPR, people who recoil from the death cult should give him a pass.

I mean, whether you agree with him or not, it’s fairly clear that in this instance, his words have been twisted and taken out of context. “Even bright, media-savvy people can be taken in by racist bullshit” does not somehow equate to “The alt-right are all really intelligent.”

I think it’s highly probable that people who already disagreed with him on other points were so keen to justify their negative opinion of him that they leaped on anything that might support that, even fictionalised quotes like this.

I mean, whether you agree with him or not, it’s fairly clear that in this instance, his words have been twisted and taken out of context.

And, to me, that’s part of the issue. I haven’t seen this video, so I don’t know if its an editing masterstroke or whatever. But it was apparently lauded by Nazis as vindication, and decried by nebulous leftists as Pinker being full of shit. And yet, somehow the only people responsible for anything negative in this article are people who had a negative opinion of what they saw, when it takes two to tango.

Overall, I just think there’s a lot of nuance missing here, and that’s something I notice a lot about the “lefties shutting down discussion” genre.

So, ok. Singal gives a whole two examples of the outrage he says is making us all dumber. The first is this tweet by Ben Norton, not always a medium that allows a lot of nuance, but here followed up by some links talking about Pinker and the human-biodiversity-type racists. The second is this tweet by PZ Myers followed up by this post, and now with this reply to Singal, laying out his objection: that Pinker is excusing the alt-right by blaming the left for something false, the PC silencing of things that are not actually silenced.

Which, I have to say, buys me a lot of instant sympathy because they’re not. I’m so sick of claims that nobody can speak anti-progressive ideas even as those doing so drown the public discourse. And I’m sick of how their effects are always the fault of progressives for not opposing them just the perfect way, and of constant made-up outrage about the supposed epidemic of PC made-up outrage, to the point I can’t even begin to give a fair analysis of this case.

But I thought I should offer what was actually said, and y’all can judge if the NYT is really presenting it fairly, or if this is just one more example of how the ‘center’ somehow always finds the left too strident and loud.

i do think outrage sells. i even click the occasional 45 link because im like THIS IS IMPORTANT ( see. i even used caps for the first time ever. )

meanwhile, what’s actually important is the daily imprisonment of people who might have overstayed their visa, or who might be american citizens - they look latino, so who cares which. or, whatever is happening at my city council this week. or, what local activism is happening. who really knows.

my personal take is that people are stretched thin. people gravitate towards community and catharsis over outrage provides that on the cheap.

american centric social media isnt all that exists out there. i kind of wonder if it’s different in different social places.

american centric social media isnt all that exists out there. i kind of wonder if it’s different in different social places

American- centric social media dominates the English-speaking parts of the world, though. The main difference I see is that many Americans tend to automatically assume everyone else is American, which defines the conversation to a large extent (one of the things I like about Elsewhere is that this is not as prevalent as other places I’ve been a member of).

To give a couple of examples of how that manifests: on a gaming forum I was on, an Australian stated they were in Australia and asked if they local retail price for a game was reasonable. Americans replied with a blizzard of comments saying the price was way too high, drowning out the other Australians reporting in with the price in their area.

Or the knitting forum I was on, where people from the US would post things like “I’m getting 22 stitches to 4 inches with No. 8s using Wool-Ease, is that too tight a fabric?”, not taking into account that US needle sizes are unique to the US, that Wool-Ease is hard to find outside the US (more common now, but the point stands).

#notallAmericans of course, but it had an effect. Two knitting forums I was on started off very international and then faded to mostly Americans with a few Canadian and UK holdouts.

For other languages: I don’t know. I used to try to at least read newspaper web sites in French, but if course the WWW always “helpfully” shunts you back to your browser language. I should re-learn the Google options and try again.

Pinker has been highly problematic for a long time, and increasingly so in the last year.

The leftie circles I follow had plenty of “he’s at it again” eyerolling over the video, but the critique of Pinker is much older and broader than just this clip (which PZ summarises fairly well, IMO).