Fuck the patriarchy, and fuck fundamentalist “Christianity” in particular. This shit messes up women, messes up children, fucks up families, and only serves to give abusers more power and theocrats a weapon to beat on the masses.

Growing up fundie messed me up

No Long Quivering does a great job of ripping apart fundie foolishness. In the linked piece, they look at the asshole women who peddle patriarchy to others. 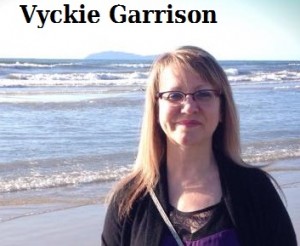 Duggar Cult Survivor Wants You to Meet the Powerful Women Who Make Other Women's...

by NLQ’s Vyckie Garrison originally published in Raw Story “ …Older women … admonish the young women to love their husbands, to love their children, to be discreet, chaste, homemakers, good, obedient to their own husbands, that the word of God may...

Last night I watched my first and last episode of Big Fat American Gypsy Wedding. Maybe these people have coming out parties for their 14 year olds to choose a husband, but why TLC is sticking a camera into that and calling it entertainment instead of straight up abuse, I would say I have no idea, but I do not think watching horror shows is entertainment.

Never watched that show, but I could tell the whole thing was fucked up. Using “Jesus!!” to justify the stuff they do is just wrong.

In the book Persepolis the author didn’t explicitly say it, but most of her problems with Islamic authoritarianism came at the hands of other women.

I’m not sure I remember it being quite that - more that because of the enforced homosociality, women were charged with replicating the repression of other women. It makes them complicit, but these are not structures they built, even as they participated and at times benefited from that. And of course, Satrapi’s work also celebrates all the women in her life who manage to live authentic lives of kindness despite living under patriarchal structure, like her mother and grandmother.

I fear all to often, that phenomenon is used to excuse the structures, and lay the blame at the feet of women who participate, primarily as a means of ignoring the larger structural problems of patriarchy. It becomes about how women are the ones to blame for their own oppression, instead of a conversation about the structures women are having to negotiate.

the larger structural problems of patriarchy

It’s likely you have a better view of humanity than I do but I feel that any social hierarchy will inevitably lead to abuse. It doesn’t matter if it’s patriarchy or the gynotopia. Give any human a hammer and they will look for nails.

It doesn’t matter if it’s patriarchy or the gynotopia.

Well, one is a world-wide, structural reality, and the other is a myth that doesn’t exist, so there is that.

Do you feel that the gynotopia would be free of the pack ape problems we currently suffer from?

Of course not, and I don’t know where you got the idea that I am all for building a dictatorship of women. But it’s also not our lived reality. We don’t live in a world controlled by women on a societal level. These are women acting within patriarchal structures. This doesn’t excuse their participation, but it’s not the world they themselves built. People act in all sorts of ways in order to deal with living under oppressive systems, in come cases, actively perpetuating that oppression. Doesn’t mean we should ignore the system and only focus on the individuals.

This doesn’t excuse their participation, but it’s not the world they themselves built.

I disagree. If you participate in and perpetuate a system you’re one of the builders of it. This happens because humans are a nasty brutish ape. The Duggar women in the OP benefited from using their hammer. They aren’t victims, they’re the problem.

Do you feel that the gynotopia would be free of the pack ape problems we currently suffer from?

From this question? Why would you ask me that if you don’t think I’m advocating for replacing one form of oppression with another? I never indicated that I think we should, but the question as worded very narrowly seems to assume this. Maybe I’m wrong, If not, what was your intent?

If you participate in and perpetuate a system you’re one of the builders of it.

It’s an authoritarian system, with very narrow parameters for agency for women. Yes, they clearly particpate in oppressing other women and benefit from it, but they are not the primary architechts of it. Again, I’m not defending their actions, merely pointing out that they are also victimized. This is not an either / or situation, as is the case with any authoritarian system. As Primo Levi noted, getting victims to participate in their own oppression is a key factor in building authoritarian systems.

what was your intent?

To see if you think a different system would eliminate the monkey. Like what I asked.

but they are not the primary architechts of it.

There are no primary architects of human society. We’re all responsible for it.

To see if you think a different system would eliminate the monkey.

Maybe a better (and less seemingly loaded question) would be whether or not I think the problem is human nature or our current society. I don’t think it’s human nature that’s the problem, but patriarchal structures meant to dehumanize women.

There are no primary architects of human society.

Then we’re talking past each other there’s no need to continue.

Have you see the original? From the UK? “My Big Fat Gypsy Wedding” - its worse… much much worse.
Also, I really think we need to start an underground railroad to rescue Gypsy women, because OMG is their culture terrible for women. And like most patriarchal groups, actively enforced by the women. /sigh

I watched two episodes of the American show and that is as much as I could stomach. Acting like they were just “documenting their culture” pissed me off. They chose to stick the camera there. It’s not an anthropology show; it’s a reality show. Young girl’s pain is not entertainment and should never be.

Yes, there needs to be an active rescue; like the fundie Mormons, I’m concerned about the future of people raised in such close groups when they try to break free.

The original was better/worse - because there is a shit load of racist history in the UK against Gypsy’s and they talk about this, in pretty much every episode, as people don’t want to rent halls, homes, or hire anyone who is Gypsy. I think they were just cashing in on a couple documentary series about Gypsy culture in the UK. The US show always felt to me like they were acting, putting on a show for the camera. The UK one felt a little “realer”? (also all the girls quit school immediately and started keeping house and all parroted the phrase “Its a man’s world innit?” as really the only explanation as to why it was like this.)

But yes, lets rescue all the women, I would like that.

Have you seen the show where they rescue Mormon women? It’s so sad what these kids have to deal with once they get out. They grow up in these enormous families that they have to leave when they escape. They lose their entire community in a day.