Long long ago, in a browser far away, when Internet Explorer had just turned 6 and Flash was still a thing, a lad by the name of Gregory decided he was going to make his own Smash Bros game. It took him four months, and the end result wasn’t pretty, but it was something: a game of his own and it was actually fun. 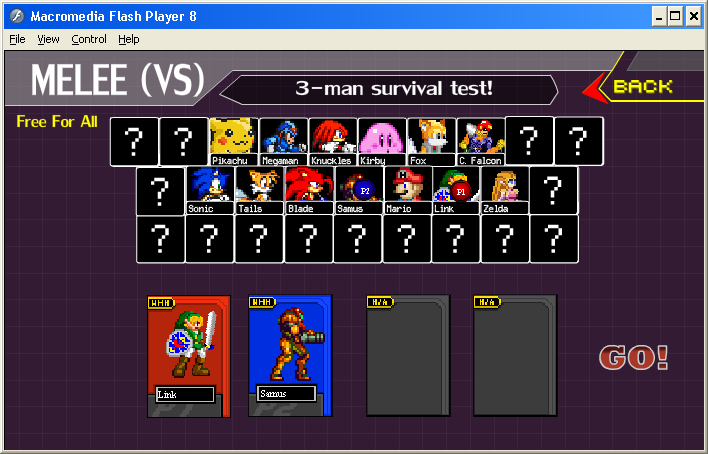 But that wasn’t enough for young Gregory. Winning an internet award did little to fill the void in young Jake’s world. The year was 2006, and Gregory decided to make a follow-up. The first had taken four months, a sequel wouldn’t take much longer than that, especially since he was going to keep it to the basics. The first one was fun, yeh, but the new one… The new one was going to take the original Smash Bros characters and implement their Melee movesets.

Oh, the things life throws at you. Development on SSF2 began in Flash 8 and was initially planned to support mods, but by the time the first stable demo was released - 2011 - the world had changed.

The project development was scrapped and rebooted. Every year, new alphas were released, with changes to artwork, roster expansions, until finally…

In 2017, 2 years after people stopped playing the similar Flash game Super Smash Bros Crusade and also two years after Project M - a Brawl mod - was shut down, SSF2 1.0 was released.

And it isn’t half bad. As long as you don’t play on a controller. 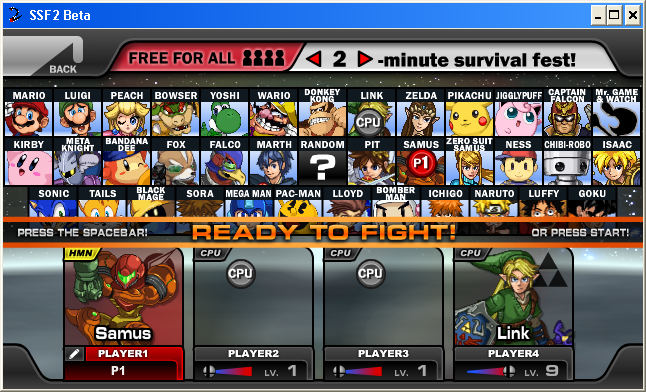 The gameplay in 1.0 feels like Project M, but on a sugar high, and re-enacted by children with paper dolls. If the combo play in Super Smash Bros (64) was lacking, SSF2 is nothing but one long combo. A single hit can lead into a long string of attacks that take the fighters from one side of a stage to the other. It’s fast, furious, unforgiving. 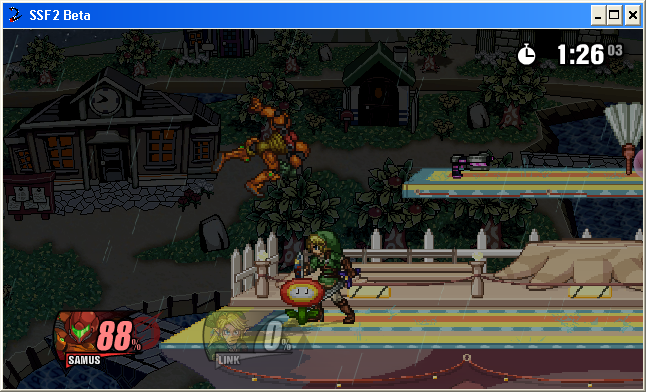 But I had a smile on my face the whole time.

As long as you stay in Windowed mode, the character and stage sprites are crisp, the gameplay fast. Diminutive sprites dash across the stage at mad speeds, every collision carrying a satisfying thud/wham/thwack. But dare to try fullscreen, and you run right into the limits of Adobe Flash.

Unlike fellow fangame Super Smash Bros Crusade, the game has no window resolution options, instead relying on Flash to do sprite scaling. This leads to abysmal performance in fullscreen on machines that can handle Dead or Alive 5: Last Round.

Back to the gameplay. If you’ve played a Smash game in the past fifteen years, SSF2 has everything you’d expect. Items drop randomly and plentifully (on default settings) turning every round into murderous mayhem. Grabs, slams, and combos a-plenty. With 37 characters on tap - 23 of them drawn from the Brawl roster - there’s plenty of room for experimenting. If you’re trapped in a room with only a PC, this will certainly entertain you.

Is SSF2 better than Brawl or Project M? No. But it doesn’t need to be. As the passion project of a small team, SSF2 is a testament to the eternal staying power and creativity of fandoms. And in and of itself, it is a capable, if flawed party game.

You can get your (free) copy of Super Smash Flash 2 from
https://www.mcleodgaming.com/games/ssf2/downloads

EscapeRoom is a stupid little column written by Austin “tinoesroho” Williamson whenever he feels like it.