Fight for Our Technology Vol. VI

Interesting for this passage:

Mozilla recently hit the reset button on Firefox. About two years ago, six Mozilla employees were huddled around a bonfire one night in Santa Cruz, Calif., when they began discussing the state of web browsers. Eventually, they concluded there was a “crisis of confidence” in the web.

“If they don’t trust the web, they won’t use the web,” Mark Mayo, Mozilla’s chief product officer, said in an interview. “That just felt to us like that actually might be the direction we’re going. And so we started to think about tools and architectures and different approaches.” 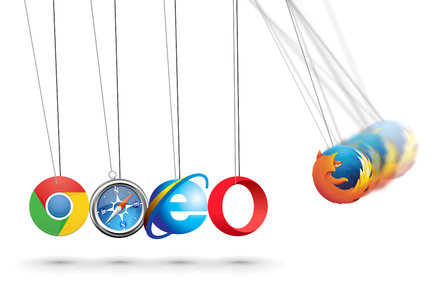 Firefox Is Back. It’s Time to Give It a Try.

Mozilla redesigned its browser to take on Google’s Chrome. Firefox now has strong privacy features and is as fast as Chrome.

“But it became irrelevant after Google in 2008 released Chrome, a faster, more secure and versatile browser.”

Huh? I’ve never liked chrome, and I’ve been using things like privacyBadger and Noscript for a while now. ??

It was the bee’s squees among techjournos. Also, I was attempting to quote with the wrong type of brackets.

I was using Firefox when it was Phoenix. It took awhile for Chrome to pull me away, but FF had become bloated.

I have the latest FF on a few machines, trying to get back into using it, but feels odd to me. Not sure exactly why.

I have the latest FF on a few machines, trying to get back into using it, but feels odd to me. Not sure exactly why.

Not sure why but I tried after the last big update and with just here and the other place being my only tabs it would eat up memory over time and slow my machine down to a crawl. Even I just left it idle. I would have to power cycle the hard way sometimes. So yeah back to Chrome.

Mobile is borked, especially on Discourse. I am constantly having to reboot, and a lot of functions simply don’t work or respond. It’s not just Discourse, either. Some shopping sites will bork it pretty bad, too.

OTOH, I am not sure what blockers equivalent to uBlockOrigin are out there, for other browsers. And I don’t need the adweb on my phone. 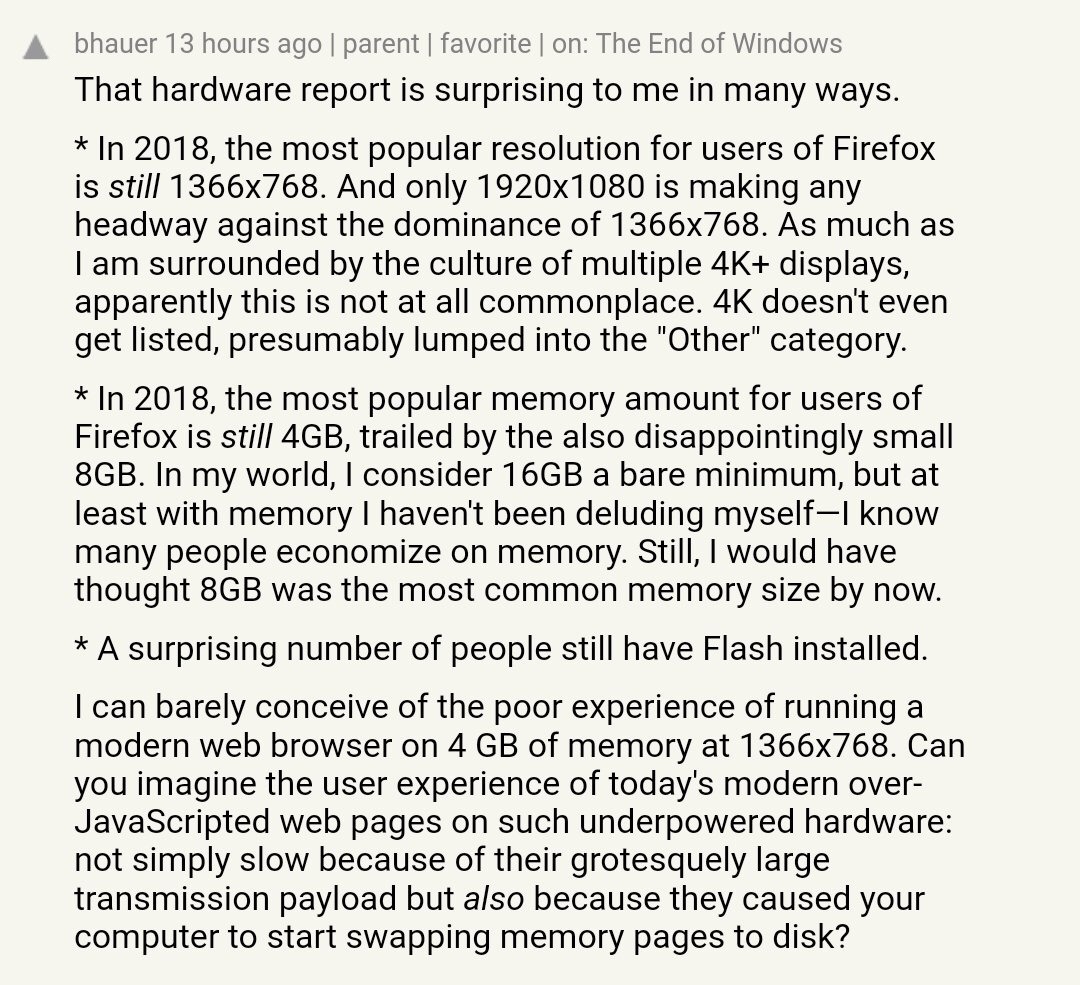 I recently tried Firefox and Chrome on my “new” laptop. Firefox ignores the graphics hardware. Tearing video, clunky scrolling. On the other hand, both Chrome and its open-source upstream precursor “Chromium” work the way they’re supposed to.

It’s been nice, Mozilla. Good luck with whatever it is you think you’re accomplishing.

I use Brave and it works really well for ad/script blocking on mobile. There’s a top menu that lets you customise the security settings on a site by site basis that’s simple and easy to use: 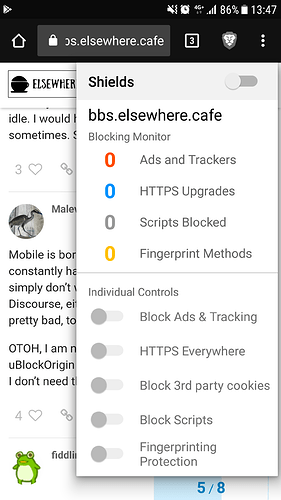 Thank you. I am going to give that a try.

I’m a fan of Privacy Badger… probably because that was widely recommended last time I went looking, which was some time ago. 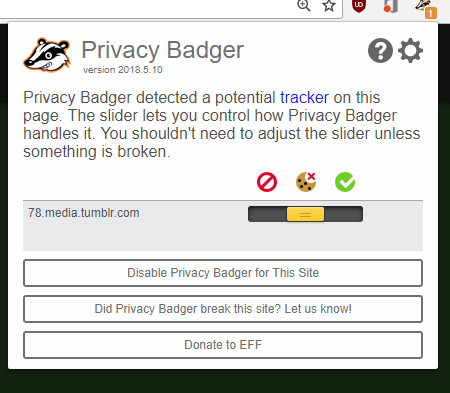 And after I posted this graphic (Hosted on Imgur)

Smart devices extend surveillance and outside control into your home. The consequence is that controlling snoops are the ones who reap the biggest reward. 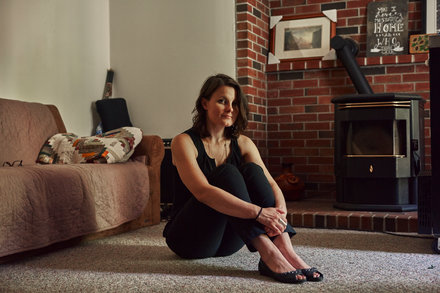 Internet-connected home devices that are marketed as the newest conveniences are also being used to harass, monitor and control.

Firefox Focus, built on a different rendering engine, is ridiculously fast and stable. Downside: no session memory. Once Focus is closed, it’s wiped.

Hm. I run Firefox, Chromium, and Chrome on my Ubuntu laptop (a 6yo Dell Inspiron).

Although I use them for different things, I’d say they all work about equally well. Firefox is actually the default (with uBlock running); it’s the default browser in Ubuntu and I’ve never seen need to change it.

Mind you, I go to a very narrow list of sites, so I’m probably not the best example.

i have a mac purchased overseas. firefox is the one and only program that will not listen toy locale settings and instead always uses the language of the computer’s country of origin. even the sites it wants to serve are the non-english versions. ugh.

firefox focus tho i love. great on my android phone.

Downside: no session memory. Once Focus is closed, it’s wiped.

Is that really a downside? I have standard Firefox configured to do that because that’s how I think it should work. No trackers following you, no old cached stuff and history gradually piling up on your hard drive. Once you close a session, it’s closed. Next time, a new session starts fresh.