Fire Emblem is not an all-ages series (an honest talk about art, sexualization, and the fuppuckedness of FE)

Fire Emblem is a series known for its messed-up family dynamics (look no further than Erika and Ephraim’s borderline incesty sibling relationship). In more recent times, their mobile spinoff has been called out as a pervish game over its inclusion of two characters from the then-latest mainline title, Fire Emblem Fates: Camilla, Kagero, and Odin.

Camilla is the most annoying of the lot. In Fates, she plays the dual roles of a doting mother figure and yandere. She has immense autonomy in the game, with no limitations on her actions and privileges. But characters have no agency; they are merely puppets their creators use to perform morality plays. That is not to say they are incapable of displaying agency. But few would willingly choose to wear Camilla’s regency duds into battle, descendant of divine dragon or no.

Kagero is perhaps the most well developed and well balanced of all the characters in the game. A ninja, she has served as bodyguard to the royals of Hoshido for a long time - nearly 20 years. Kagero displays the poise and maturity of a confident woman. Her long-ago relationship with Saizo (a male ninja who broods more than Batman) is handled with surprising balance. A fully rounded character with scholarly hobbies, Kagero is the perfect example of an adult role model for adults done right.

Odin’s outfit is ridiculous: a half-cape and garish yellow halter top combined with equally garish pants. He is, at first glance, a spoof of comic female superheros. But he is also quite wise and incredibly deadly. Odin is actually the wandering son of royals of another world who tries to uphold justice, fitting in nicely with Arthur (who fancies himself a superhero)

Do not let the anime visuals fool you: Fire Emblem is absolutely not a game for children. The heated discussions over the characters appearances belie a greater truth: it is humanity that is messed up, and only through great effort can we be a moral and just person.

Also. Xander is so damn sexy in his Spring Festival outfit. 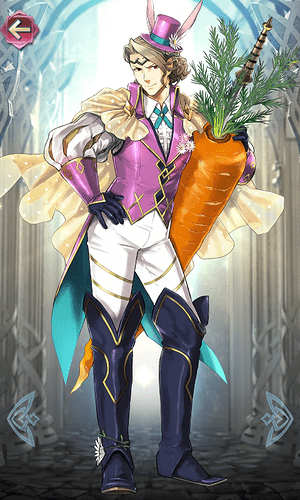 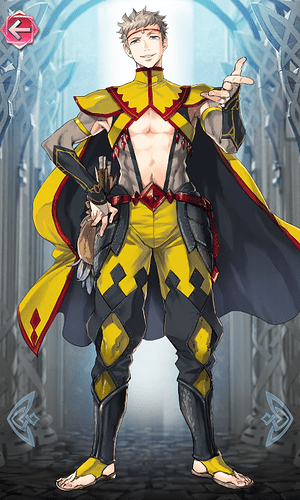 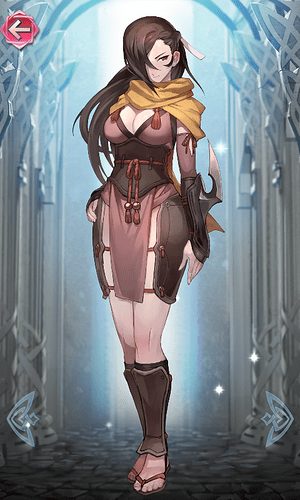 I do not have a Camilla in my FE Heroes roster, sorry. Here’s a sexy Navarre instead: 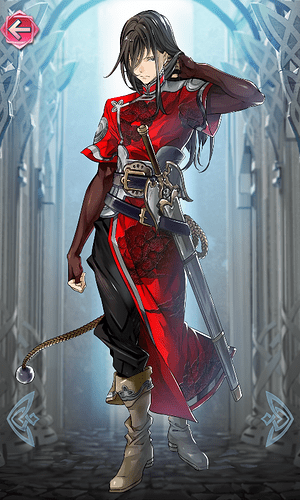