I’ve read that more doctors are switching to diet to treat their own maladies, and to recommend diet for people looking to cure themselves. For example, Terry Wahls, a physician with progressive multiple sclerosis (MS), documented her dietary redesign in her book The Wahls Protocol and a TED Talk on how eating a nutritionally dense diet allowed her to escape her wheelchair; she now bikes five miles to work each day.

Despite the economic success and reasonable efficacy of the pharmaceutical industry, some patients disenchanted by the costs and side effects of drugs have turned to nutritional therapies for self-treatment. Similarly, those with chronic diseases like multiple sclerosis and inflammatory bowel disease go on dietary regimens without informing their physicians. But most doctors never ask patients what they are eating, and focus instead on finding the right prescription medication—or often a cocktail of medications.

Have you changed your diet to improve a health condition? Did you succeed? What foods or food groups did you drop that you later identified as a contributor to inflammation or disease?

Have you changed your diet to improve a health condition? Did you succeed? What foods or food groups did you drop that you later identified as a contributor to inflammation or disease?

If I feel like I’m coming down with a cold, I cut sugar out as much as possible (plain fruit still allowed in small quantities) and switch to spicy, salty, garlicky meals. Doesn’t always kill it outright, but it can blunt the illness. I’ll get a bit ill while my colleagues need days off work.

I wound up taking a magnesium supplement, but I figured out I needed that by analysing my diet and food cravings. Turns out I go through the stuff at a rate that’s difficult to keep up with through diet alone. I count that as a diet win, though, because all the doctors I’ve mentioned it to are ready to treat the symptoms (bad muscle spasms, insomnia, bad stress handling) rather than the root causes.

I wound up taking a magnesium supplement, but I figured out I needed that by analysing my diet and food cravings. Turns out I go through the stuff at a rate that’s difficult to keep up with through diet alone.

It is hard to get adequate amounts of absorbable magnesium through diet alone. I’m reading Undoctored by Dr. William Davis (Wheat Belly) and he suggests Magnesium water: seltzer with unflavoured milk of magnesia. I might try this. I like powdered magnesium citrate like Natural Calm but if I can get the same effect for cheaper that’d be great.

Preface: I don’t go for woo. I have been getting blood tests every couple of months for awhile now, so I have a better yet incomplete idea of what my body needs. I do not take on a diet because other people are. I adjust based on tests results. What I’ll mention is specific to me, it is not medical advice, and for the love of all that is holy consult your physician.

I lose electrolytes fast. I can’t get enough through typical food, so I supplement with magnesium, zinc, and salt. Usually mixed with really diluted juice (rocks taste nasty).

I am an omnivore, but 80% plants. They taste good, and make me feel good. Yes, I will occasionally have cheap Chinese food, and you can pry sushi from my cold dead hands, but they are exceptions.

And ironically, I can’t deal with cruciferous vegetables in large amounts. They can cause damaging issues. Moderation is key, even though I’d love to go through a pound of brussel sprouts a day. https://www.ncbi.nlm.nih.gov/pmc/articles/PMC3303573/

To wrap up, talk to your doctor, and make evidence based decisions about ones diet.

Cutting down on fructose helps with my diarrhea and migraines. Fructose malabsorption seems quite common, and it interferes with zinc and tryptophan absorption.

Cutting down on salicylates may help with my hyperacusis, but I’m still struggling with hyperacusis, other sensory issues, and other fibro-like issues. I used to drink a lot of tea. I already knew I had bad reactions to mint and nsaids, but not that they were chemically related.

I have migraines, joint pain, and some old injuries that flare up from time to time. I didn’t realize what the migraines were for the longest time. I just thought they were pretty regular headaches and when I wasn’t having the headache part of them, my existence was still torture. Some family members thought I was “just an angry person.”

I wasn’t … I was an exposed nerve.

I took a lot of steps to decrease the migraines including having my wisdom teeth out (touchy topic but my roots were at 90 degree angles so it was a good idea anyway). Having my teeth out didn’t seem to help but wearing glasses did. I got a lot better from that alone and slowly started recognizing my migraines for what they were. I started to find a pattern: certain things I was eating and drinking.

Not just nitrates (though plenty of those too). Sodium benzoate, among others. I have to read labels pretty carefully.

I messed up recently and found my migraines back in full swing. It took a few days to figure out what I’d done.

Even when my food and beverages get messed up, I’m in a better position than I was before. Meditation, maturity, and self-compassion work have helped me understand myself better and take care of myself better. I can be an exposed nerve but not be bound up in anger.

For the other stuff, it’s died down the last few months. It’ll be back. It sucks but it’s too hard to figure out the pattern so far.

I believe in medicine … to a point. I wouldn’t dream of saying medicine is unnecessary for migraines. I wouldn’t ask anyone to go through what I’ve gone through to figure out how to get mine under control. It made sense for me since I started this trip without health insurance. I’ve learned so much about myself and how to care for myself, I wouldn’t want to give up that experience even if it meant fewer years of agony.

I feel like it’s a mistake to rule out nutrition as a part of medical care. Medically dangerous nutritional ideas are a key example why doctors shouldn’t stay out of nutrition. But medicine isn’t even fully ready to deal with the fact that women have very different symptoms for heart attacks than men do. As long as the nutritional advice is “one size fits most,” it’s probably not going to work for me.

Even if medicine does start coming around to a more nuanced approach, I’ll still be experimenting, trying to find a better balance. It’s a part of who I am.

In the printout I got after yesterday’s appointment was over, I got a sheet about the Mediterranean style of eating. Which I would like much better if I could live in Greece, Spain, and the southern areas of France and Italy (Marseille is where I’d like to go, really). It gives a list of foods, most of which I like. But giving up red meat and butter and milk is going to be difficult. And fish - I have to find something that I like that’s not over-processed.

And I don’t want to do this just for five months to get the number down and then go back to my pizza-, bacon-, and candy-eating ways. Yikes.

Is a statin out of the question? My understanding is that they are heavily prescribed in the US now.

Is a statin out of the question?

For me, yes, as I’d prefer to do it without drugs. My brother has done it with diet and exercise; he’s my inspiration in this case. 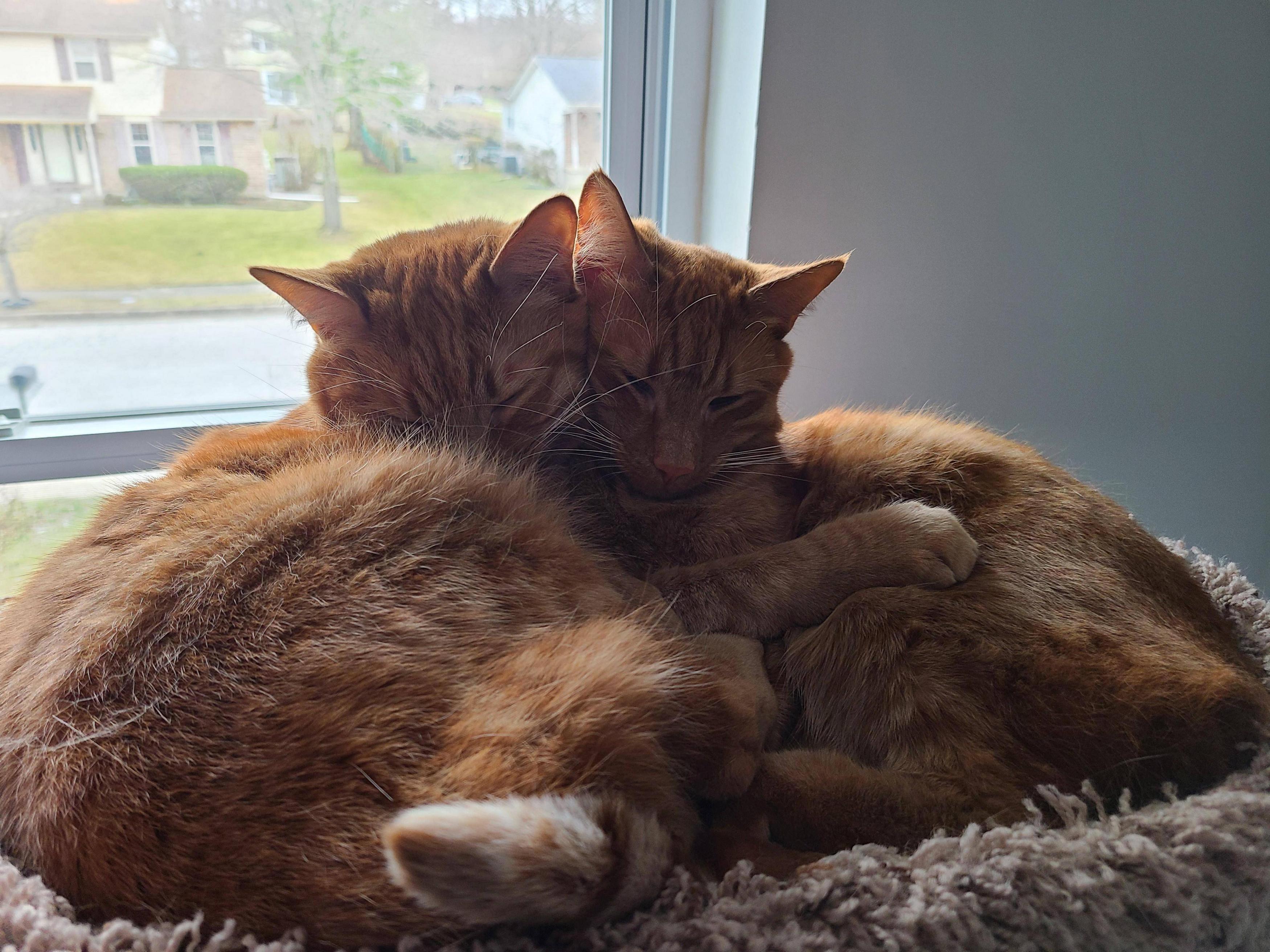 Certainly worth trying. The problem with statins is that once you get on them it’s hard to get off them.

That’s what I don’t want to have to do. Plus, if I can do it via lifestyle changes, why the heck not?

I don’t know your medical history, and I am not a physician, but it seems that unstated health considerations led you to this determination, like hypercholesterolemia?

I once had a physician who wanted to put me on a statin: LDL was 220 or something; I typed a three-page letter referencing six PubMed journal abstracts, listed the five most important factors on the lipid panel for heart disease, the top being Coronary Artery Calcium score, which was <0.1, unlikely to have a severe blockage of a coronary artery. Most importantly I had recently lost lots of weight, leaving my LDL cholesterol temporarily high, When we lose weight, our fat stores shrink. The fat and cholesterol normally stored in fatty tissue have nowhere to go but the bloodstream, causing a rise in cholesterol. This effect is not permanent and cholesterol levels will drop as weight stabilises.
But I am not you.

Medications used to treat high cholesterol are not effective in controlling cholesterol when it comes from fatty tissue stores, so good for you for rejecting statins. Statins aren’t great for XX-chromosome bodies.

Also, dietary cholesterol accounts for 15% of overall cholesterol.
You could take omega-3 fatty acids or fish oil if your triglycerides are high. Then again, you may be a ‘hyperresponder’ with hypercholesterolemia.

It’s hyperlipidemia that my doctor determined is my problem. I’m already making dietary changes, weaning myself away from the “bad” foods and replacing them with “good” foods. I’d forgotten how much I enjoyed a good salad. And part of my problem has to do with not being able to afford the “good” foods. I can’t afford to lose a lot of weight, either.

I gotta work on the exercise, though. I hacked away at the backyard grass earlier, but I can’t do that for long periods of time due to my BLCTS.