This is kind of random, but since we have a variety of folks here who speak a variety of different languages/accents of English, I thought I’d ask about it…

When I saw the Dr. Strange movie, one of the things that I found off-putting was Benedict Cumberbatch’s American accent. It just sounded off to me, not as bad as say…

But not great. It was better in Infinity War (although he wasn’t on the screen as much, either). I also recently saw him in The Fifth Estate, where he plays Julian Assange. I didn’t find his Australian accent to be nearly as… wrong. But then again, I’m not Australian.

So, may question for all you English speakers who aren’t American, what about other English speakers (Americans, Canadians, Indians, English, Scots, Irish, South African, Australian, NZ, Kenya, Bahamas, Marshal Islands, Nigeria, etc) in films speaking your English dialect. How does an Australian judge the accent of Cumberbatch in the Fifth Estate (was it good, convincing, or just as not quite right as his American accent). I’m sure there are plenty of cases of Americans doing British accent sucking at it, but how would Americans know for sure… Like how good is James Marsters’ (Spike from Buffy and Capt John Hart on Torchwood) British accent? I was actually surprised when I heard that he’s not British, but then again, how would I know if his British accent was crap, other than from my exposure to British TV…

TLDR: How do people who speak English as their native language from other parts of the world judge Americans doing their accent?


(he’s got an entire series of that sort of thing)

I’ve never been much good at spotting attempted accents other people say are horrible. That may be a function of not actually having grown up in a single place with a specific accent. Very occasionally I catch an actor’s native accent leaking into what they’re trying to do, or I notice if it’s just so over-the-top stereotype that it’s hard not to notice.

When I saw the Dr. Strange movie, one of the things that I found off-putting was Benedict Cumberbatch’s American accent

Same; to me, it sounded like he was trying to channel Tom Selleck as Magnum, PI.

The bog-standard Canadian accent you hear from Victoria to Anglophone Quebec is very rarely heard being done in film to denote “Canadian”. For some reason it gets rated as “neutral” – supposedly it’s why some Canadian newscasters have become popular in the US.

Also: not an accent thing, but non-Canadian writers rarely get the Canadian “eh” right. They just put it at the end of random sentences, rather than using it for what it’s for, which is to confirm agreement (“pretty cold today, eh?”).

So what do americans think of say Andrew Lincoln or Hugh Laurie?
For reference.

However, it would be interesting to hear a Highland Scot attempting Canadian. I’ve heard certain accents from the far North there that, save for certain idioms and the pronunciation of certain words, sounded very much like home to me.

Hugh Laurie as Dr. House sounds perfectly American to me, though he does get just a few of the medical terms not quite right (but that’s not accent, that’s just medicalese pronounced a bit off, which any American actor might do). However, Laurie’s native British accent seems mild and restrained to me – what do you think?

The most amazing thing I’ve heard was was the character Eli Gold in The Good Wife, who I swore was an American actor till I heard his Scots accent in one of the extras. Wow – that’s good training.

A long time ago, a friend read that Darth Vader was played by an Irish guy. He quoted, “I find your faith in the Force disturbing, don’t you know” in brogue.

From what I recall, one of the producers of House (might even have been Brian Singer) saw Laurie acting in something else while doing an American accent, and had wanted “that guy” for House, and then couldn’t believe it when someone told him that “that guy” wasn’t an obscure American actor, but rather a well-known British comedian.

Speaking of accents and Magnum PI… 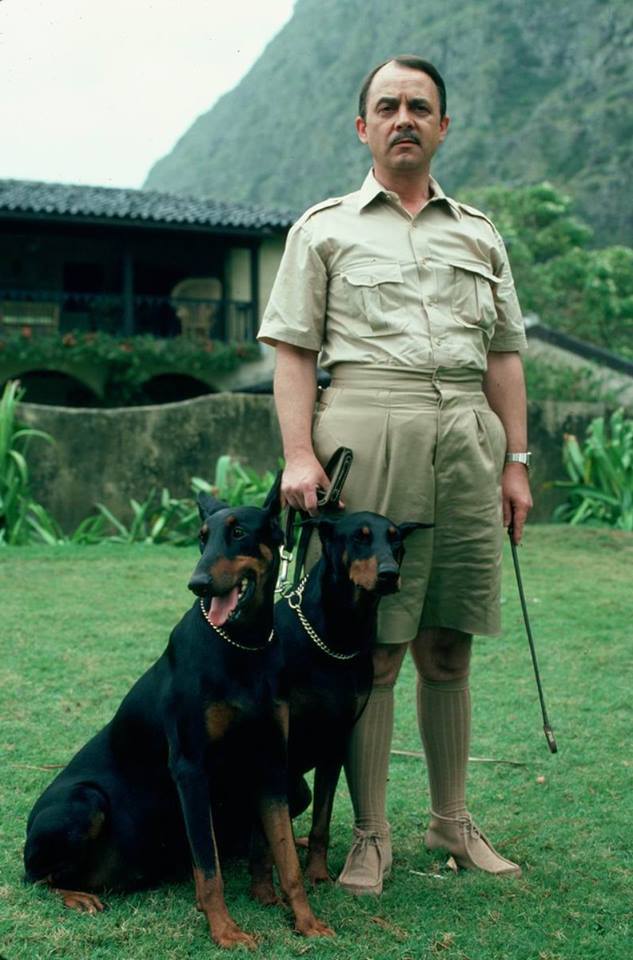 Dave prowse is bristolian not irish.
Trust me I used to live next door to his cousin.

I was going to say that Laurie’s is flawless to my ear. Also, I was shocked when I first heard Idris Elba speak out of character, his Stringer Bell portrayal had me completely fooled. Nor do I remember detecting any sour notes from Saorsie Ronan as Ladybird.

I can’t recall any American actors doing British accents in my lifetime. There must be some? I feel like we’re all quite gunshy after the Van Dyke in Marry Poppins debacle, plus we’ve imported so many UK natives to Hollywood, there’s really no need. Is James Earl Jones as Vader considered a British accent?

I can’t recall any American actors doing British accents in my lifetime.

Natalie Portman in V for Vendetta.
Peter Dinklage in Game of Thrones
A bunch of people in Lord of the Rings.

Other than the Lord of the Rings movies, I haven’t seen any of these. For those here from the UK, how do the Yanks fare, then?

However, it would be interesting to hear a Highland Scot attempting Canadian. I’ve heard certain accents from the far North there that, save for certain idioms and the pronunciation of certain words, sounded very much like home to me.

I’ve noticed the same thing with certain Irish accents! It sounds as if they’re using an Irish accent with the odd word or phrase in Canadian.

In 1972, An Italian singer, inspired by pop music, makes a song that sounds like American English but is complete gibberish.

Why did they bother? Dr. Strange seems like a British kind of character anyway. I mean, really he seems Chinese or Tibetan or something, but if they’re going to cast a white guy he would be English or Scottish or maybe French. Nothing particularly American about him at all.

not as bad as say…

I can hear that voice in my head just looking at the GIF.
I hate you Milkman @mindysan33