I wanted to buy a gamepad both for my son, who is just old enough to start using a controller instead of a touchscreen to play games, and for myself on those occasional rare moments when I have time to do a little gaming myself, as I find touchscreen controls are often frustrating for my larger hands, and covering the screen just makes playing harder. I figured the 8BitDo Zero would be an easy, inexpensive way to add a new control option for iPhone/iPad games, and maybe PC games as well. 8BitDo also makes some nice retro controllers which get pretty good reviews, though I think the internals are probably the same for all devices. The Zone is the cheapest of the controllers they make, at just $16. It’s also smaller than their other gamepads - really tiny and cute. Perfect for little four year-old hands and not too bad for mine either.

Unfortunately this device is not “MFI” compatible, which means it does not work with most iOS games. Instead, it uses an obsolete standard called iCade which is used in a very small percentage of games in the App Store, and many of those games are crap or outdated. There are a few good ones - I think Limbo is on the list, but there aren’t many that are kid-friendly. Ultimately I decided that even though the hardware itself was good, the compatibility was just too much of a problem so I gave up on using it on the iPad. 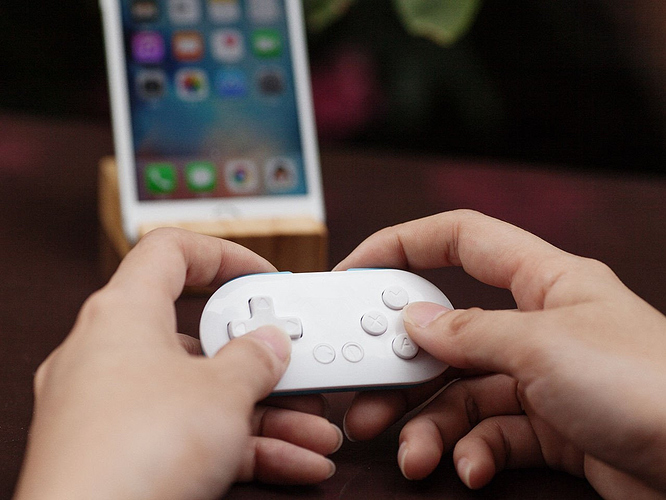 Next, I figured I’d use it with my PC. Turns out that may be possible, but it is not straightforward, as the device is not immediately recognized as a gamepad, at least for the games I’ve tried through Steam. Reading through some forums it looks like it’s possible to get it to work on the PC, and many enjoy the controller especially with emulator gaming, but for me it’s just too much hassle for too little reward.

So now I’m left with an itch; I’d like to get a controller, but all the decent MFI compatible ones are pretty expensive and much larger - too large for my son (so I’d have to give up that pretense). At that point, I might as well save my money for the Nintendo Switch that I plan on getting… for my son of course.

Upside: it’s a nice paperweight. And if kodi recognized it, a neat kodi controller.