I remember a novel by Piers Anthony, “The God of Tarot”, where the main character meets JC and finds out he had a botched circumcision that rendered him impotent. It was published in 1979, when the general populace still thought that folks who dressed opposite their assigned gender were homosexual.

Don’t let them find out about this film then… God Told Me To

God Told Me To (released in some theatrical markets as Demon) is a 1976 science fiction horror film written, directed, and produced by Larry Cohen. Like many of Cohen's films, it is shot on location in New York City and incorporates aspects of the police procedural. In New York City, a gunman perched atop a water tower, opens fire with a .22 caliber rifle on the crowded streets below, randomly killing fifteen pedestrians. Peter Nicholas, a devout Catholic NYPD detective, climbs the tower to talk...

Larry Cohen was an odd duck, to say the least.

Piers Anthony is such a prolific writer. I think he has 350+ books now? I should go back and reread a couple of the series. Probably not Xanth, I loved them as a kid, but he was writing them almost faster than I could read them around the time I started outgrowing it. Some of his books were really not aimed at kids though.

My dad & brother read the Ox/Omnivore/Orn series, which got me started. I then went into Battle Circle…or was it the Xanth Series? I know I was pickin’ ‘em according to Michael Whelan’s cover art. This was when I was about 12 or 13? I know it was in my early high-school years, and my family was BIG on SF. Which even then played with gender roles, depending on who you read. Asimov was Dad’s fave; Larry Niven was my bro’s for a while; I liked Jack L. Chalker; and, Mom was big on Anne McCaffrey, as well as Andre’ Norton.

Growing up…we all kinda read what all the other family members were reading; if there was something my parents didn’t want me to read, they hid it. WASHINGTON (AP) — The House gave final approval Thursday to legislation protecting same-sex marriages, a monumental step in a decadeslong battle for nationwide recognition of such unions that reflects a stunning turnaround in societal attitudes. The Colorado Springs gay bar shooting suspect’s assertion of being nonbinary has put gender identity and pronouns — and some sensitive questions around them — back in the spotlight.

Yeah, especially since Justice Uncle Thomas & Moscow Mitch are both married to women of races that are not the same as their husbands.

I’m putting this here because she recently announced on TikTok that she’s bi. I’m wondering if that and her father’s politics had anything to do with the cutting. 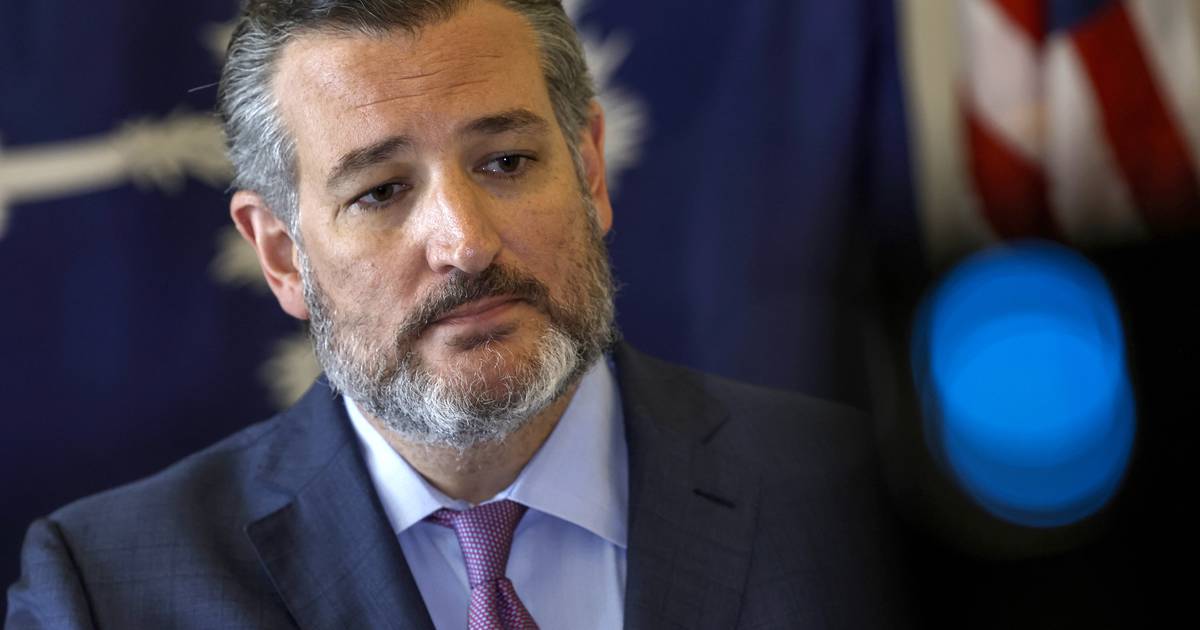 Police were called to Republican senator Ted Cruz’s Houston home Tuesday night, following reports of a 14-year-old with wounds on their arms. 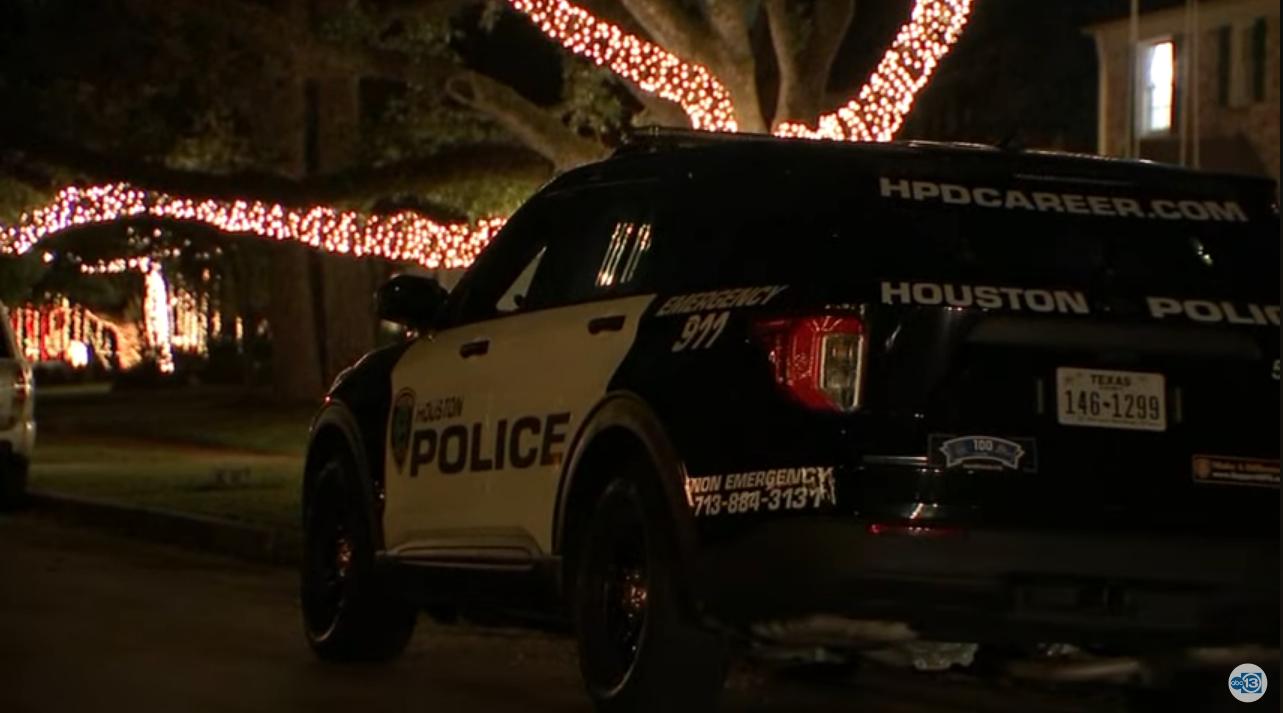 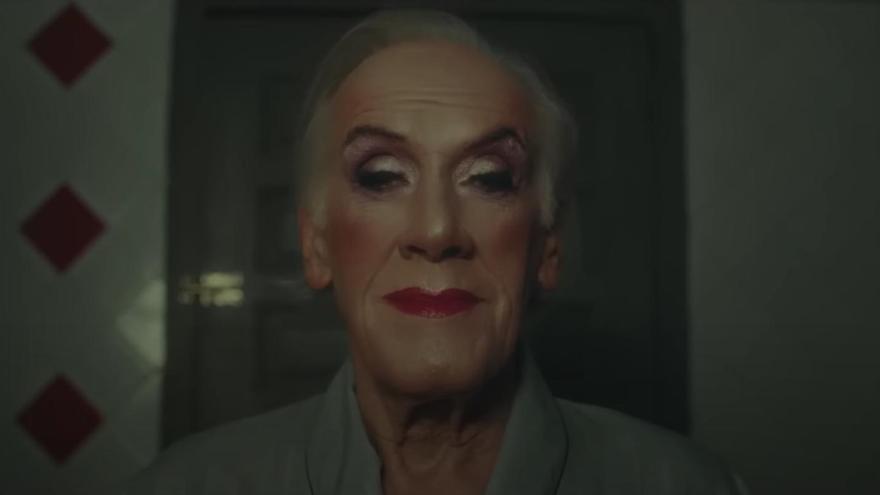 The J&B ad in which a grandfather learns to put on makeup to receive his...

A hand that takes the lipstick in an oversight of its owner. The first make-up tests in front of the mirror, a trembling hand and a smear of lipstick on 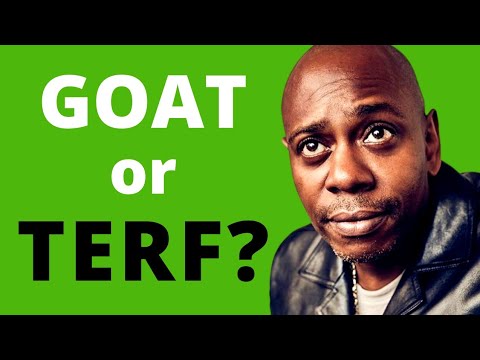 I am currently finalizing a course on entrepreneurship. The course is actually 3 separate courses:

I am piloting the Intro course at my high school.

So, yesterday we start and the teacher introduces me to the students and… surprise! It’s a room full of boys. Literally not one girl in the class.

And yesterday I attended an online workshop for New Year’s goal planning for entrepreneurs and once again, it was all dudes who were like, “My goal this year is to buy a $10 million business.”

But when I work with women, it will take me years just to get them to believe that people would want to buy from them and that they have a right to make money at what they do.

I’m just so fucking sick of being the only woman in the room in the tech and entrepreneurship space. I get that there are women in these fields but sometimes I just want to one day walk into a space for both men and women and not be the only woman. 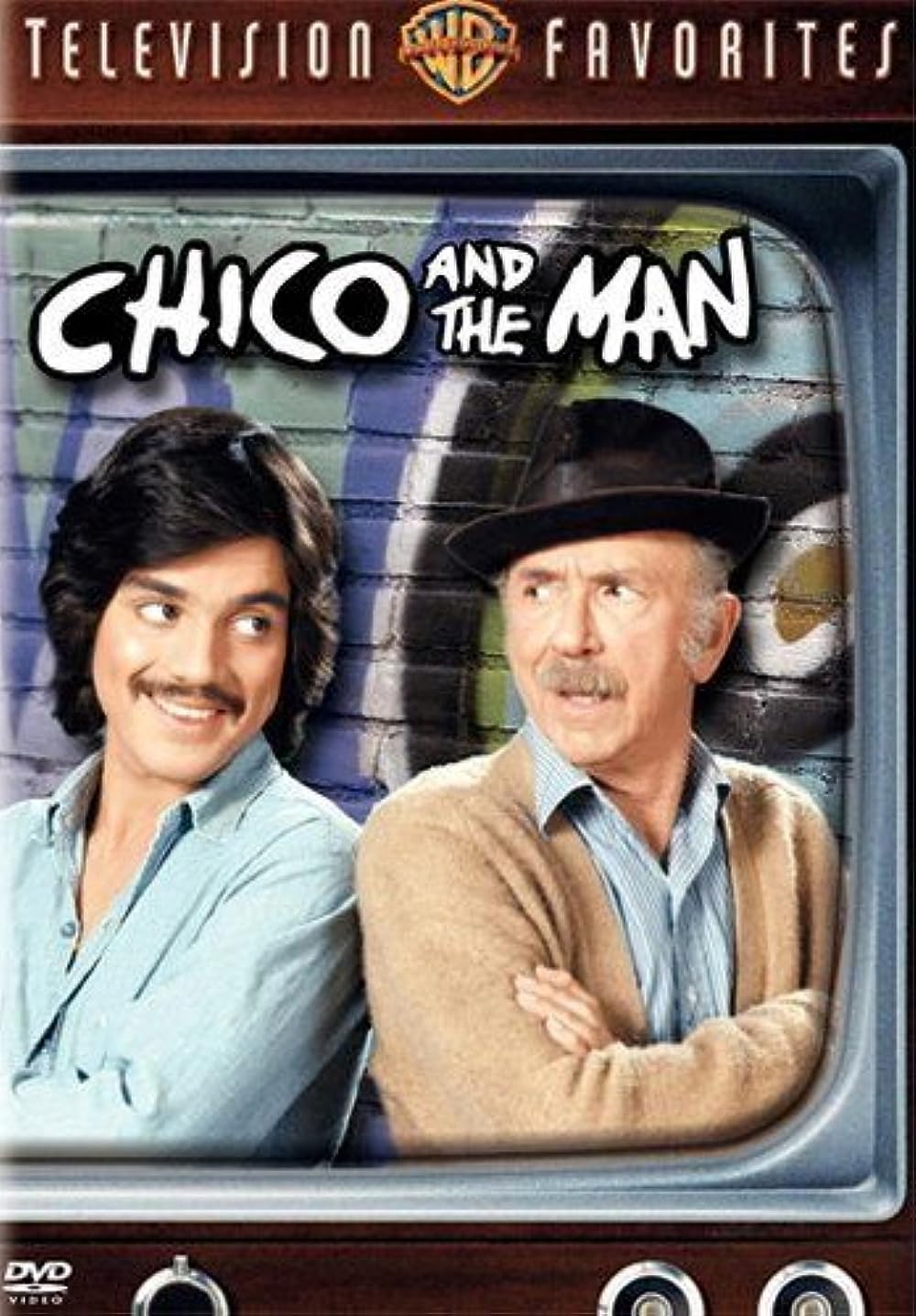 The Dress: Directed by Jack Donohue. With Jack Albertson, Freddie Prinze, Scatman Crothers, Charles Pierce. A charity auction at the garage leads to a female impersonator buying a favorite dress that belonged to Ed's late wife.

Forty-six years and this shit is still going on. But are there more happy endings now than there were then?

So. This is weird for me, but as I think back as far and as accurately as I possibly can, the following explains a lot: I’m bigender and asexual now. I’ve become more curious about myself soon after the first lockdowns, but it’s become more intense as time’s passed.

I’ve done a lot of reading online from most factual resources I can find. I feel good being able self-examine and actually coming up with a label that I understand and accept; it comforts me, I feel more secure in myself. And relieved to know that it’s okay to transition in my gender and my gender preferences, even at age 58. And not to feel shame.

What I find bemusing is that I’m okay talking about it here, but I don’t care if I ever tell anyone else. I think that comes from my upbringing, where you don’t tell anyone you don’t trust anything, and you don’t even have to tell the people you do trust anything because in both cases it’s nobody’s business but your own. Which is a whole 'nother can of corn.

I’m interested in what you are reading. I think right now I label myself as questioning. Maybe not so much questioning myself but the binary and how that’s affected me, trying to imagine other possibilities.

I think I have a decent handle on what’s factual and non-biased, so I just Googled “how many genders are there and what are their names?” The below was helpful. 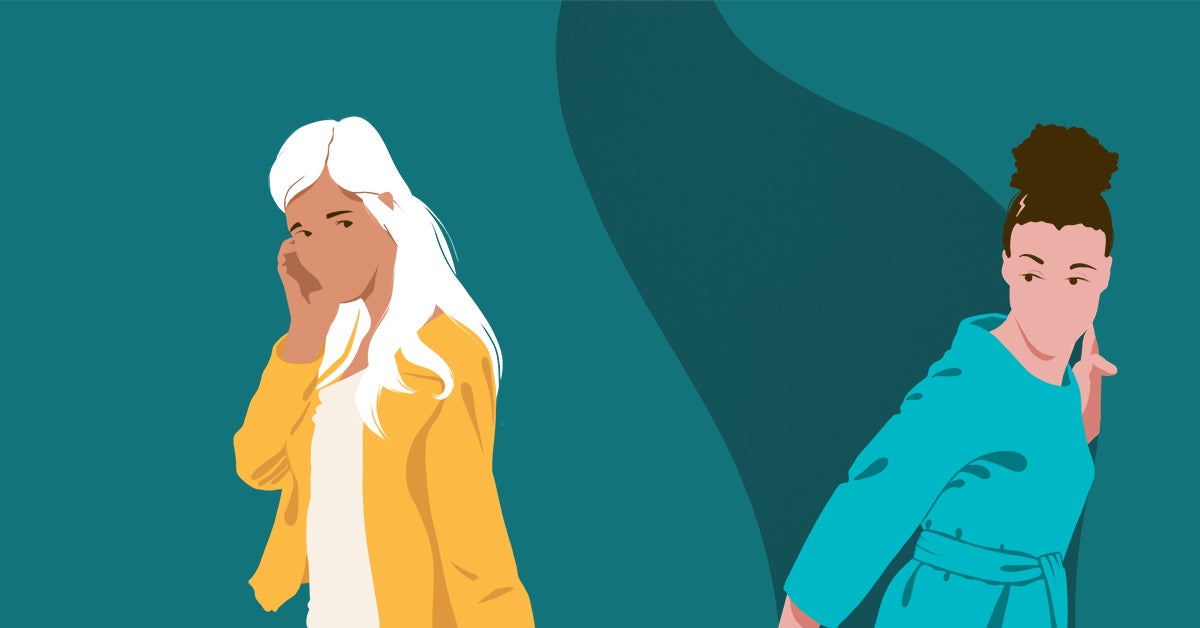 Language and labels are important parts of understanding your gender — as well as knowing how to affirm and support that of other folks! We break it down. 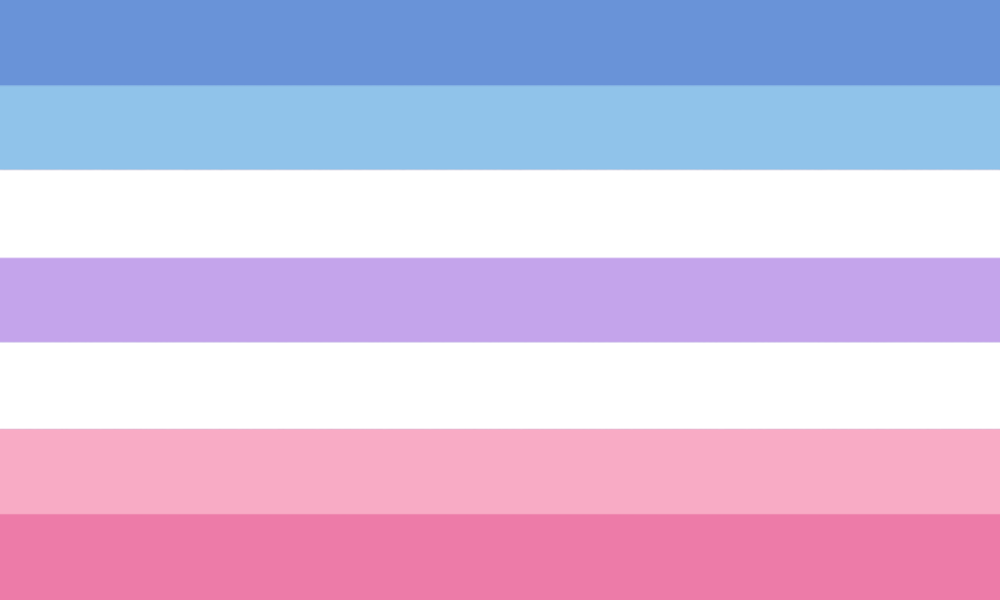 And as a correction to my original post: I don’t like the word “bigender”, I prefer “androgyne” So, if I had to make up a name describing my gender/sexual blah blah blah: Ace. B. Androgyne (the “B.” stand for “bisexual”. 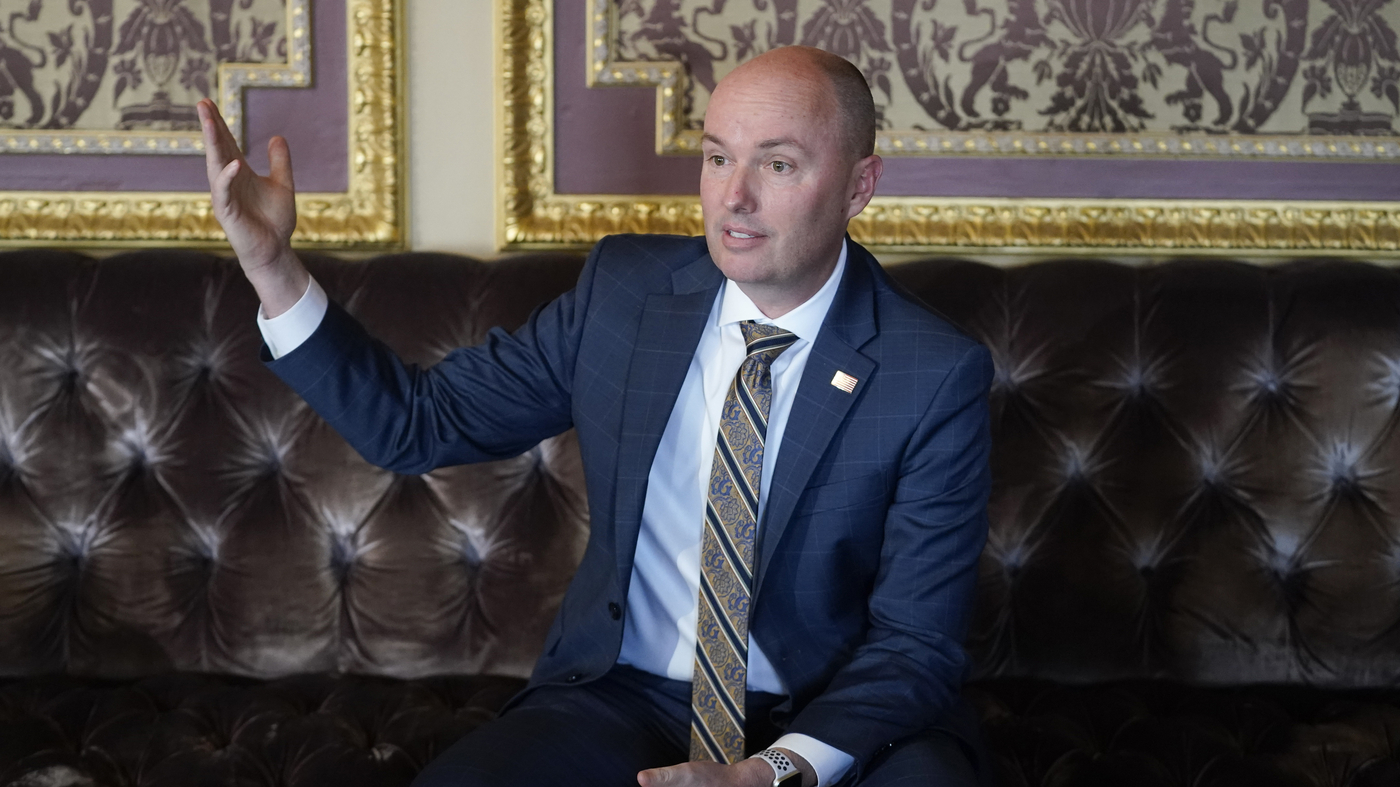 Utah's governor has signed a bill banning gender-affirming care for...

The ban, signed Saturday by Republican Gov. Spencer Cox, prohibits transgender surgery for youth and disallows hormone treatments for minors who have not yet been diagnosed with gender dysphoria.