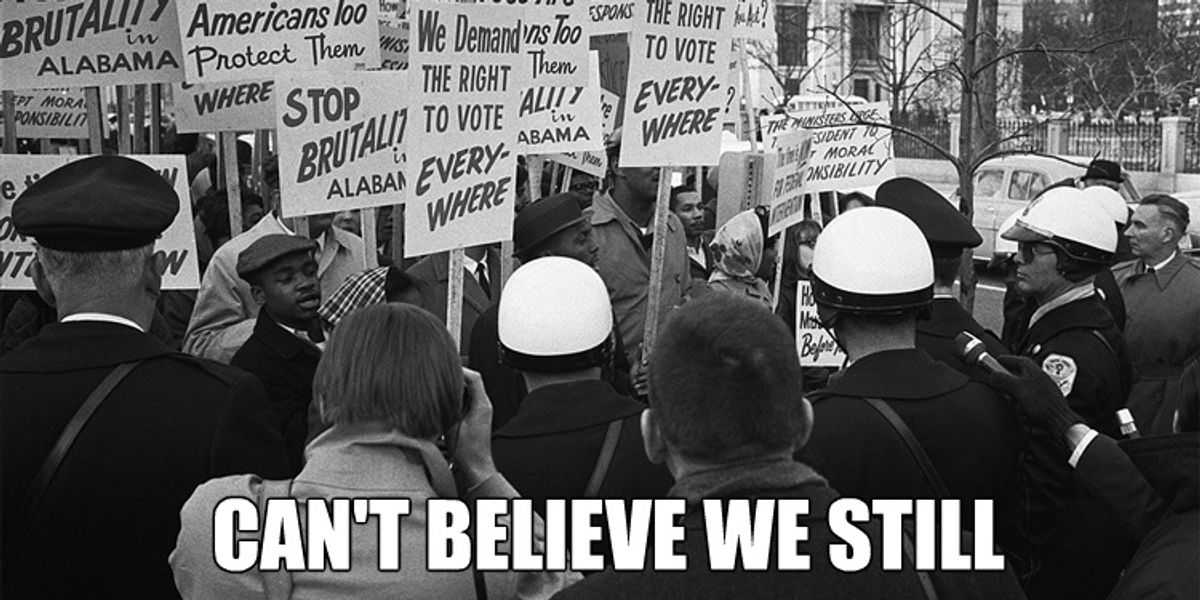 The Devil In The Details Went Down To Georgia

Well, Jesus. H. Jumped-Up Christ Marching Across The Edmund Pettus Bridge Into Tear Gas, they’re at it again. Fine, not in Selma, but in Georgia, where the state is doing what it can to reduce the turnout for the June 20 runoff election for the 6th Congressional District seat formerly held by Secretary of Destroying Healthcare Tom Price. Democratic candidate Jon Ossoff may have been the top vote-getter in the primary Tuesday, with 48% of the vote, but that was just short of the 50% plus one to win outright, so Ossoff will face the next-highest candidate, Republican Karen Handel, in the runoff. Great! May the best candidate who can garner the support of the most voters win! Only there’s a little catch: If Georgians want to vote in this election, which has suddenly become one of the hottest political stories in the country, they had to have registered by March 20, a full three months before the runoff.

I always thought that the suppression of the votes of convicted felons in the USA should be reversed. No voting whilst you’re in jail, but people who’ve repaid their debt to society should be allowed to vote.

You keep thinking like that and you’ll want women and minorities voting too.

I mean, isn’t that what re-pay sort of means? Like, you’re now out of debt?
I don’t keep owning my credit card company anything after I’ve paid it off, is what I’m saying.

Gov, in Va. made sure folks who did their time were able to vote again: 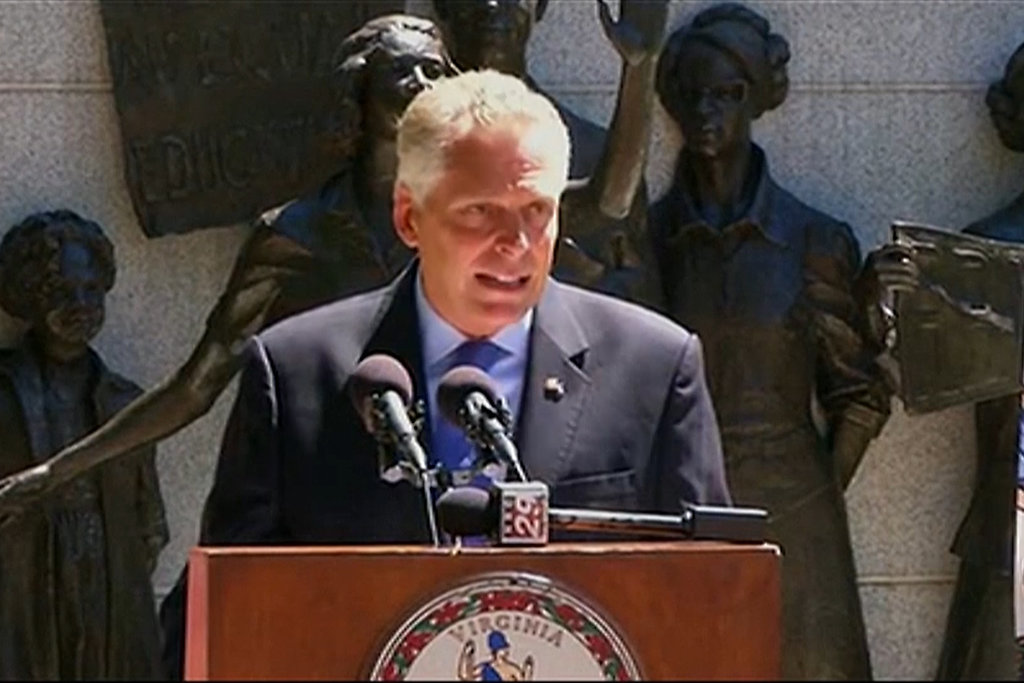 After the State Supreme Court last month blocked Gov. Terry McAuliffe’s blanket executive order, he is accomplishing his goal on a case-by-case basis.

Please note that future govs can rescind that, which is why it is imperative that voting rights be constitutionally guaranteed.

Are the Dems spending money on ads to get folks to register? In Va. registering at the DMV has worked great!

3 months is not a allot of time.

While reminding myself about the specifics of this race, I ended up coming across this little bit of good news. It’s a pretty short window at this point, however.

People should be able to vote even while they’re in prison. Prisons are storehouses of people society isn’t well designed for, including those who committed crimes for economic reasons or mental illness. Their voices must be heard so that our society will be designed a little better for them.

That’s even before getting into the biased, racist nature of the legal system; look at this map; 26% of all black adults in Kentucky are not allowed to vote, compared to 9% of the general population. Many of the states we think of as “conservative” are simply ones that have most effectively disenfranchised people.