Go ahead, try to make a difference, sometimes it will 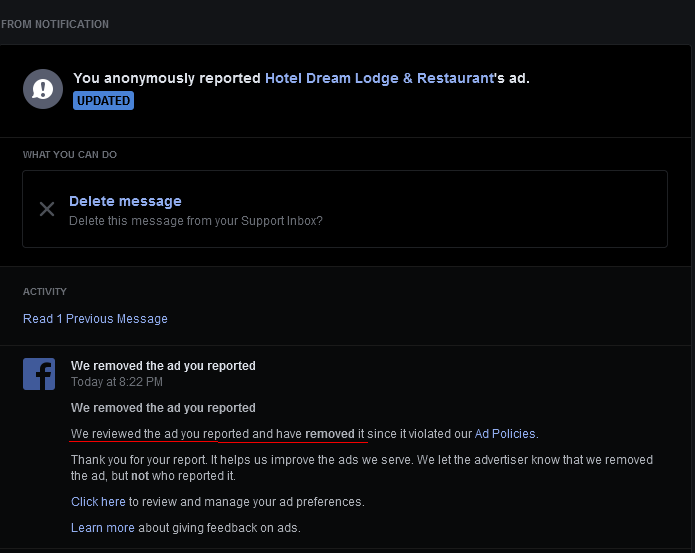 For those curious, it was one of the many scam ads that try to sell CBD gummies by playing on a made-up controversy about a celebrity. One of many that I had reported.

Most times, your attempts to call attention to something will just go straight into the bin. But every now and then, they’ll actually get a human to look at 'em, and that can make a difference.

That’s a trivial example, but it’s a real dynamic. What are some cases where you’ve made a difference (however trivial) by standing your ground or refusing to back down on something? Or standing up to someone who just didn’t know how to react because no one had ever stood up to them before?