I’m going as an aging nerd.

I’m going to be a Curmudgeon. I guess I usually am, but today it’s a costume! It’s kind of like when I was in high school, and was a Hippie for Halloween, a costume which was created by going to my closet and putting on my clothes.

It’s the same thing I am the other 364 days a year, but it’s a Halloween costume so it has to be Sexy.

We just had about ten little uns drop by. Wonder Woman, Spider Man, a classic witch, neon batman (I think I may have missed something there), Frankenstein’s monster, a Pikachu, Darth Maul who took his face mask off for safety (good call).

It’s always nice to see kids enjoying my favorite holiday even if I didn’t get to dress up this year.

This post made by the other Eve. I also don’t hate kids. Nya. Regular Eve didn’t sleep well last night, drank too little caffeine, and left us a cranky tired mess. I plan to change into PJs as soon as the kids peter out and then drink some wine and be a brat.

My child’s cultural heritage was appropriated at his high school by someone wearing a tuque, red-and-black flannel jacket and a red maple leaf as a Halloween costume.

So my child put on his best eastern Ontario accent, cultivated on the banks of the Rideau and in the environs of historical small town Perth: “Soe-rry but you seem to be culturally appropriating me with that outfit.”

Seasonal Geocache Goodness: this is the Goblin Stump, 2.5 mi (4 km) south of me 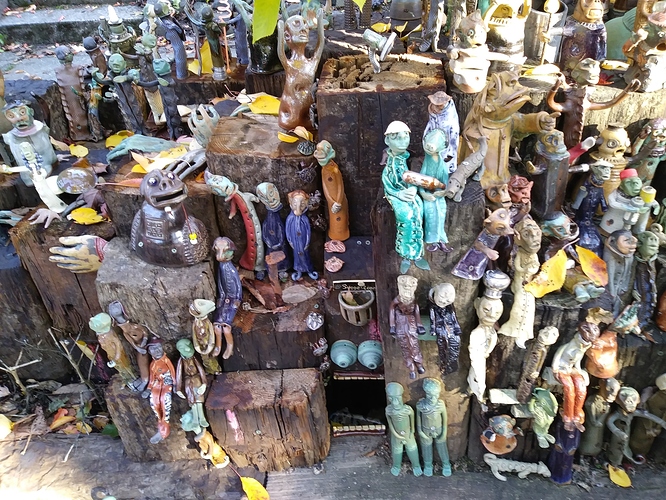 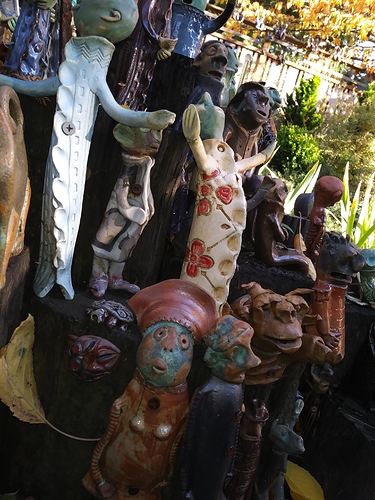 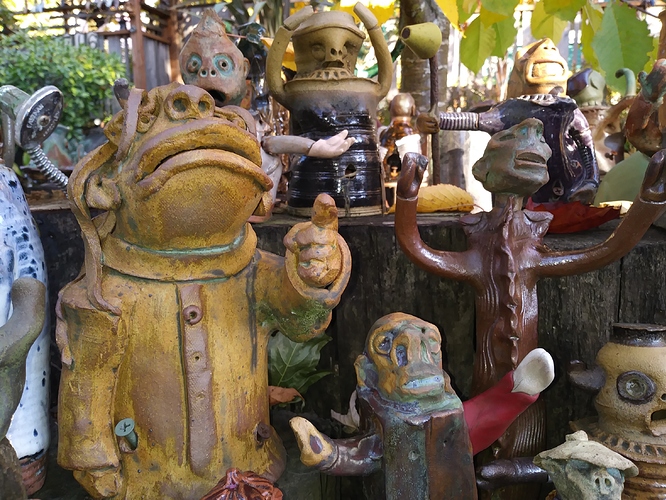 Kid was a dinosaur, again. I’m headed out for a rare night out for a friend’s birthday, dressed (ostensibly) as Dexter. I was inspired by another thread on this board. Thought about trying to build my own submarine but my engineering skills aren’t good enough, even just working with cardboard.

Today’s my dad’s 80th birthday. Talked to him on the phone for a bit.

Halloween joke…
Why don’t skeletons like parties?
They have no body to dance with.

They have no body to dance with.

They have no body to dance with.

I went as the son and the heir of a shyness that is criminally vulgar.

So nothing in particular.

I haven’t done the whole costume thing in ages. But, I’ll bring a song to the party…

I brought some Brew for the Undead to keep the party going throughout the night! 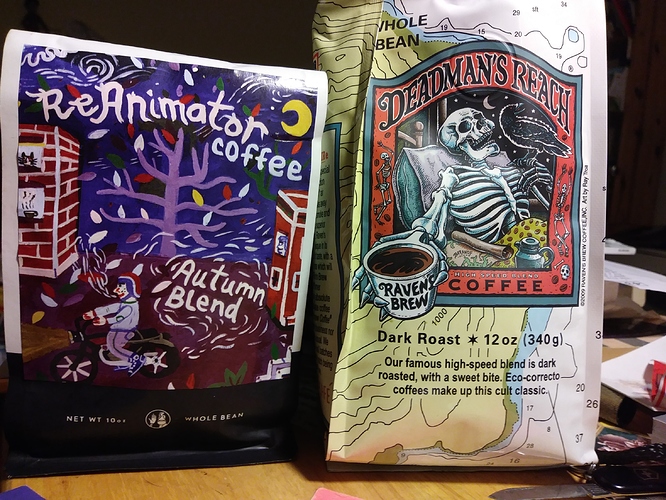