Is anyone doing anything special for today? I’m cleaning up from one trip and packing for the next, so I’m missing the local events, but I will definitely take out an hour later to hug a tree and whisper sweet nothings into its leaves

I just finished ploughing the back yard. Was considering a visit to the local greenhouse to purchase some plants to populate it today.

Marched with my coworkers today. It was really nice.

The lights (and anything else easily unpluggable) will be going out at 8pm, and staying out until tomorrow morning.

I had every intention to go to the March in Frankfurt… but the hangover/jetlag headache from hell put a stop to that.

Thank you for marching! Hopefully the message was heard despite the rain. 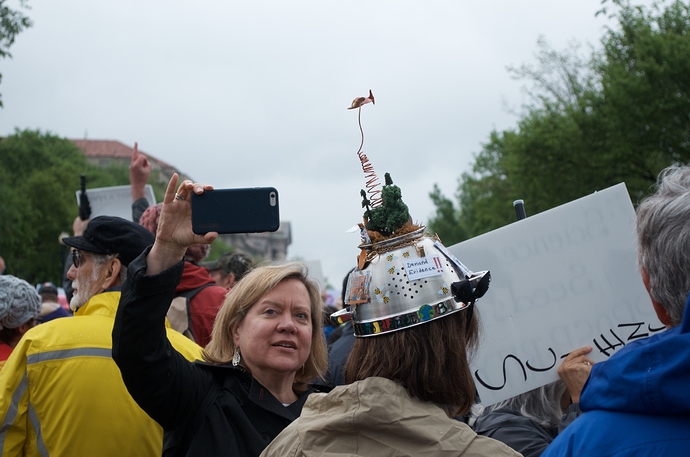 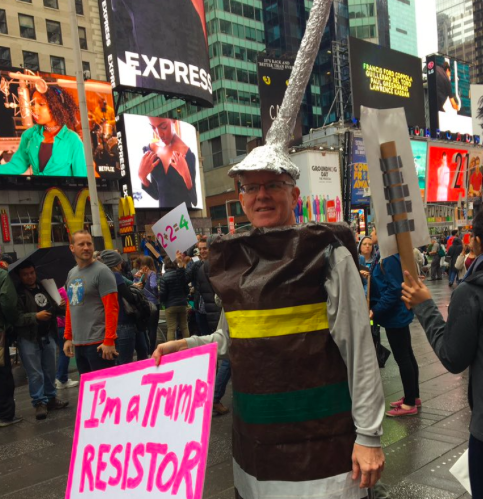 I love the sign, indeed, I’ve loved so many of the signs I’ve seen from the March for Science, but it still calls to my mind the scene from HHGTTG:

“Alright!” bawled Vroomfondel banging on an nearby desk. “I am Vroomfondel, and that is not a demand, that is a solid fact! What we demand is solid facts!”

“No we don’t!” exclaimed Majikthise in irritation. “That is precisely what we don’t demand!”

Scarcely pausing for breath, Vroomfondel shouted, “We don’t demand solid facts! What we demand is a total absence of solid facts. I demand that I may or may not be Vroomfondel!”
– Douglas Adams, The Hitchhiker’s Guide to the Galaxy

I’ve seen the exact same sign, only instead of "facts it said “objective reality”

I tried taking pictures of funny signs during the march, but my phone died shortly after I arrived. I have a couple pictures, but not too many, and very poor quality.

Shame no trump supporter would get it.
Maybe if I was in a more medative mood it would feel better.
Ohm.