We’re all working on projects. Google doesn’t work well, academic databases aren’t always (ever?) accessible. Avenues around these roadblocks tend to get ratholed by bit rot and SEO fuckery.

We all have questions. Many of us are well-read enough to have established mental maps of what information is credible and what is a waste of time. Let’s talk sources. Paging @mindysan33 @jerwin?

Looking for good commentaries giving historical context around the Declaration of independence. Anyone have any ideas?

Specifically talking about the individual grievances listed against The Kink.

Well, I would start here, following the footnotes. Grievances of the United States Declaration of Independence

The grievances/complaints was a section from the Declaration of Independence where the colonists listed their problems with the British government, specifically George III. The United States Declaration of Independence contains 27 grievances against the decisions and actions of George III of Great Britain. Historians have noted the similarities with John Locke's works and the context of the grievances. Historical precedents such as Magna Carta and the Bill of Rights 1689 had established the pr

You can use the text of the declaration’s clauses as material to search google scholar, ssrn, books.google.com, etc. If your local library has databases akin to jstor, you can try those, once you’ve narrowed it down to something specific. Law review articles are a good source of material. If there are paywalls, the author’s website might offer a freer copy or preprint.

Always follow the footnotes. It may be a simple “yeah, she said this”, but the citing text might elide over interesting info that you might have otherwise missed. Mindy’s the professional, I just like to read.

Oh, I see that the neutrality of that page is disputed. Hmm. I do some of my library excursions under the presumption that “people will lie to you”.

I wouldn’t be surprised about the neutrality warning on any page on Wikipedia, especially this particular political minefield, but it is a good page to start from.

It’s not that I don’t know to start at Wikipedia, but sometimes I don’t realize that I actually have the right search terms to begin with. Thanks for the link.

The … almost scriptural listing of grievances sounds like a laundry list of ideas for the right wing to perpetrate on society now. Ratfucking has never been a creative enterprise, apparently. The parallels between the current global war between the rich and the rest of us is ironical in the extreme. Anyway, that discussion is not what this thread is for. 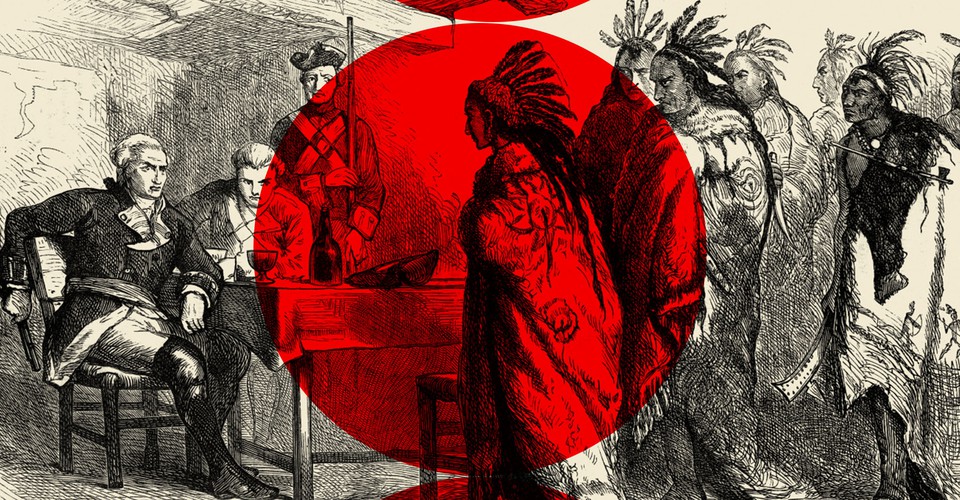 The Shameful Final Grievance of the Declaration of Independence

The revolution wasn’t only an effort to establish independence from the British—it was also a push to preserve slavery and suppress Native American resistance.

If you haven’t some other grievance in mind, this book devotes a chapter leading upto and including the revolution.

Surviving Genocide: Native Nations and the United States from the American Revolution to Bleeding Kansas

I have most of the other grievances in mind too, but this is one.

You could do worse than consult archive.org. They do have a pretty good list of sources to consult for the general public.

What do you think of Steven Pincus? I’m going to dive into The Heart of the Declaration, the Founders’ Case for an Activist Government.

Not read him? I’m a historian of the Cold War, so not familiar with his work, I’m afraid. Let me know about it once you read it?

Does anyone know of a good source of “social tables”-- listing the estimated number of people in each class or estate in a given society?

I’ve found a lot of references to gini coefficients calculated from these tables, but not showing the tables. European Historical Statistics and older volumes of the Statesman’s Year-Book tend not to include this data.

Crawl through Piketty’s stuff. You might need translations to-from the European stuff.

I’ve already turned up some of his work in my search. What’s free tends to refer to these tables without including them. I don’t have a library so can’t judge which of the other works would include them.

So in The Cybeline Revival, Cathryn Platine claims that:

Recently (as of 2011) the retreating glacier on Mount Ararat exposed an ancient Temple in a cave. Everything mobile had been stripped from inside indicating that there was enough warning to do so but on the walls is writing that appears to be precursos to linear B (sic), the written language of the Minoans and one word can be recognized…Cybele.

Unfortunately, she doesn’t cite her sources.

Setting aside that the Minoans used Linear A, not Linear B, it’s likely the sounds were nearly the same, and the names would be recognizable.

I’ve been unable to find her sources here, not sure where to look. K.A. Lucker derives the name from Phrygian Matar Kubileya, Mother of the Mountain, with borrowings from Kybebe or Kubaba, who was originally a bartender, became queen of Kish, and was later worshipped. All of this tends to limit the age of any inscriptions referring to Cybele by that name.

Any idea how to track this down?

Maybe see if you can find her claim in other work by other scholars working on the same subject that is more accurately sourced and then work from there instead of from her work?

Does she have any kind of bibliography in the work at all?

That seems… untrustworthy? Find someone else working on the same issue and look to their bibliography.

I’vve also been pondering the strength and overall organization of the Late Roman Army. Warren Treadgold argues that the expansion and the split between field and frontier forces occurred in the reign of Diocletian. Others such as AHM Jones argue that they came later.

Zosimus reports figures for the strengths of the armies of Constantine and Maxentius in 312, and Constantine and Licinius in 324. These are too high to account for the field armies alone. These seem to refer to the total strengths, field and frontier, of 4 different armies, and then the heavier naval forcees, and then the lighter ones. They add up to 645,000 personnel, and Agathias also reports 645,000 in the old Empire.

Treadgold suggests that Zosimus has dug up figures for Constantine, Maxentius, Licinius, and Maximinus Daia in 312, and has creatively reinterpreted them as strengths for Constantine, and Maxentius, in 312, and Constantine again, and Licinius, in 324. But this gives Maxentius by far the largest army. My suspicion had been that there were permanent field armies, of around 130,000 people total, hat these were grouped with the Praetorian Guard, and that Zosimus had assigned them all to Maxentius because of that.

But Jones and other historians make clear that the basic distinctions in Diocletian’s reign were between the legions and vexillationes, on one hand, and the old auxiliaries, on the other. There aren’t enough Praetoriani, Lanciarii, Scolae, Comites, etc. to account for 130,000 people on the, uh, other other hand.

Yes, Constantine II was only 8 years old. I guess his father wanted his son to get an early start, and trusted his aides to offer good advice.

This solution to the “problem of Zosimus” leaves the problem of the organization of the Late Roman Army between Diocletian and Constantine completely unsolved.

I know that older steam trains were supposed to reduce speed, due to visibility issues, when the locomotives were in the middle or back of the train. Some of you are more familiar with railroad workings, do any of you know of the safety rules around that?