How Can I Keep from Overworking Myself?

I am always tired, and usually wound-up. I used to drink a lot of tea to cope with being tired. I have to avoid tea, except in emergencies, due to salicylate sensitivity.

I am unemployed, except for my game designs.

I feel like I have to work harder to prove to players, to publishers, and to myself, that I can do this. I finished updating Tatchanka again early this year, and have been working on design and historical notes. Some of this involves merging research I did and wrote up during the design, some involves redoing research I did and didn’t write up during the design, and some involves new rearch, e.g. to estimate mortality in Ukraine due to the Civil Wars of 1917 to 1921.

It’s exhausting. And frustrating. And often keeps me up at night. And I’m taking forever to get anywhere.

I find that when I try to take breaks from this project, if I don’t end up playing computer games [ones which won’t trigger migraines], I often end up working on other projects. I try to set aside time to read a story, but often end up using the time to work instead. I need to finish this project, though not necessarily the appendices.

But how can I do this without overworking myself and worsening my illness?

Not that I am an expert on the subject, but it seems like you might find some mindfulness, meditation, or exercise helpful (if that’s possible with your physical condition).

And here’s a thought; have you looked in to medical marijuana? My dads wife has migraines and marijuana just became legal in her state (PA). She’s been looking in to that.

Have you tried making sure you go somewhere where you can’t work on another project for your break time, e.g park, cafe, pub, library etc?

Maybe some sort of craft might be a good change of pace? I’ve found crochet can be a good, calming activity. 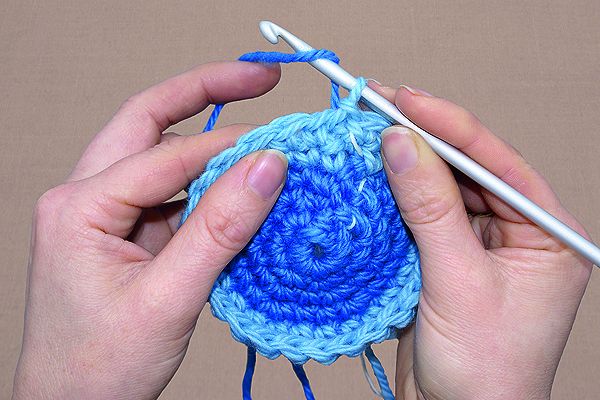 There are lots of patterns available on the web, ranging from simple to complex… but even the most involved patterns are made up of combinations of a few basic stitches. When I was in school, crocheting gave me a nice break from my homework.

I sometimes go to a nearby tennis court where no dogs are allowed, and I read and pace, but I often have to leave due to construction noise, rain, cigarette smoke, or dogs. I can’t get anywhere else where it’s reasonably quiet where there aren’t usually dogs.

I make and play tabletop games, but they take a lot of space, and they tend to lead me to more research. I sometimes get hand cramps from making the pieces. I don’t have a gaming group right now. If I did, playing roleplaying games can be fun, but gming or designing would require more research.

My friend Joe Roberson has put a breathing exercise up on the Insight Timer app called Coherent Breathing. The technique is easy - slow your breathing to 5 breaths/minute. There’s a ton of science behind it showing that it helps to kick your parasympathetic nervous system into gear (responsible for helping you to relax). It works in about 8 minutes.

We’re launching a course on it, and when I interviewed people who are interested in this technique, one of the big reasons people are interested in it is that it’s something they can do and no one can know it. If they are in public and feel a panic attack coming on, they can slow their breathing down while they are talking to someone, or they can go in a bathroom and practice with the app and not be gone so long it’s weird.

To try it, download the Insight Timer App and in the Explore section, look for “Coherent.”

Thanks. I can’t use the App though. I don’t know of any Android or iOS devices without touchscreens, and without other accessibility problems.

I can email you the files if you have a way to play them.

Doesn’t the raspberry pi support android if I remember correctly?

I saw this many years ago and found it really insightful. They are definitely rules to bear in mind in the workplace, which I try to put into practice every day:

Google to bring official Android support to the Raspberry Pi 3

Google's Android source repository gets a new device tree especially for the Pi 3.