How to defend ourselves

I have trouble even saying this, but today with the covid pandemic and the riots going on; my family is really worried. For the first time ever, they asked if we should get guns. We are not a gun-holding household, we all know that guns are dangerous to the people that live there. And they haven’t even ever had guns drawn on them or been shot at. I have. We also have one person with a history of suicide attempts.

So I’m very hesitant to get guns, no matter how much I might like one. As a kid, my dad had a rifle and a couple of shotguns that I inherited. I shot at targets a few times. It was fun. But my stepdad pawned them all for drug money. Ultimately, when he was beating my mom, I KO’d him via a baseball bat.

And in retrospect, every single time a gun was pulled on me was within the 15’ range where someone is reachable within two strides at most. Where a melee weapon can hit.

So I’m trying to convince my family, just use whatever is available, a maglite, or a stick, or whatever happens to be there if you need to defend yourself. We don’t need guns. But they’re scared. So now I’ve been volunteered to acquire weapons for the household. I think they want me to get guns, but sticks would be so much better.

So it’s a big mess and I’d love to hear from others how are you dealing with this?

My ex is a cop. I lived with guns in our home from the beginning. I trusted him to handle them responsibly especially because my daughter was 9 at the time we first got back together again (we dated when we were in college and moved quickly when we reconnected).

Guns were his comfort, his security blanket.

And he is very very good at shooting.

As a woman living in the home with him, I felt a constant threat - more and more as his mental health deteriorated and he was unwilling to get treatment.

He never threatened me, never was in any way violent toward me, but the threat was there. All I needed was for him to have one day where he snapped and decided to use his weapons against me.

He had skill to use them and access to weapons that could kill me. I did not.

So it’s a big mess and I’d love to hear from others how are you dealing with this?

May I ask, what is your family expecting?

Let me speak as someone living in the middle of a densly-packed, diverse, urban environment: I have no need for a gun. Of all the problems I have, a gun would not solve any of them.

Unless you are trained, know what you’re doing, and are prepared to kill people, guns are a waste of time for you. The people who are trained and know what they’re doing will take them away from you if the shit really hits the fan.

I’m not worried about the riots.
what I’m worried about is:
[knock knock]
hello?
yes, our web-scraping bots have determined that you are guilty of thought-crime against Emporer Trump. you and your family will be escorted to the re-education camp, effective immediately.

And under those circumstances, neither guns nor axes nor sticks will be any good for self-defense. But the question is whether they’re any good for other people’s defense.

We don’t need guns. But they’re scared. So now I’ve been volunteered to acquire weapons for the household. I think they want me to get guns, but sticks would be so much better.

Some styles will teach you to fight with sticks even

Tai Chi will teach you fight with your mind.

So after a full day of thought, my decision is to first try to teach my family breakfall techniques - how to fall safely - whether you’re hit or jump awkwardly, or fall down the stairs - because that was the very first real self-defense thing I ever learned. I spent a lot of time practicing and learning how to fall safely and recover from it. And that’s applicable even if you never get into a fight. We all fall down. Even more relevant now that some of us are getting older.

Then we’ll start basic stickfighting - with a broom or a maglite or a baseball bat or whatever’s handy. I’m not trained in that, but I think it’s the way to go. Because there’s always something stick-like nearby. I’m going to look for a professional to teach us that.

I am not going to buy any guns or swords (or spears - that has come up in family discussions). We already have things like hammers and hatchets around the house. But we’re also not expecting any heavily-armored foes. Sticks are fine for any problem I can conceive of. And a lot less dangerous. Both to us, and any potential attackers. Even if someone’s attacking me, I’d rather knock him down with a stick to the head than put a hatchet in his head. And I have been attacked before, and have done exactly that (the stick, not the hatchet). So that’s not just me being nice, but experience.

Yeah, they know that, and we’re all actually on the side of the rioters, but tensions are really really high right now, and apparently there’s been a local crime wave recently too, on top of all the covid stuff, I think the riot was just what it took to push them over the edge into the scared zone. And at this point, there’s no way to defuse it except come up with some defense plan.

Honestly, peak crime was mid-90s, and I was there for that, and hanging out in the projects. Despite all the fear, today really isn’t bad compared to then. It’s so much better. But it’s really very hard to communicate that to people who weren’t there or just not in that lifestyle at the time. We are literally living in the most peaceful and loving time on earth that we know of. But it’s still scary.

Despite all the fear, today really isn’t bad compared to then. It’s so much better. But it’s really very hard to communicate that to people who weren’t there or just not in that lifestyle at the time.

One thing is camouflage. A big reason kids in the '80s and '90s dressed “hard,” with leather and mohawks and everything, was to discourage people from fucking with us. Punk rock your relatives!

Ok, I love that, both because I’ve done both the camouflage look and the punk rock look (my mohawk even had a gradient!), but also because they seem like the farthest thing apart from each other - except when you realize that we’re going into the post-apocalypse.

So now I’m really looking forward to telling my family that they have to punk up.

I haven’t cut my hair in about 8 months, when I got that real foreboding feeling when I knew Trump wasn’t just going to lose, he was going to try to take the planet with him. My hair will be my only trophy of this era.

they seem like the farthest thing apart from each other

I didn’t mean literal woodland patterns, I meant like how most punks are just pretending to be tough

if they prefer a 90s-10s hip hop/skater look, that also should work.
oversized Dickies/jeans with a righteous sag; either a form-fitting A-shirt, or an oversized tee/sports jersey; oversized hoodie in cold weather, and whatnot.

Or, you could take the opportunity to enroll the whole household in self-defense classes—Aikido, Jiu Jitsu, Krav Maga, kickboxing, who knows, either it’ll be a bonding experience that builds confidence or else they’ll all get sick of it and stop bothering you

As someone who is trained in some of those things, I’d recommend Krav Maga. It is the fastest to learn, and (arguably) the best to use if you are in a group confronted by armed assailants.

That said, you will get hurt in training-- it is a very violent “sport.” Probably not seriously, but it happens. Choose a place to learn that has a good reputation.

And the best way to do that is:

Do you know your neighbors? Do they got your back?
Will you work together when you’re under attack?
Or will it all dissolve into each for themselves?
Murder and rape, and gods know what else?
Will you fight for each other like Anarchists?
Or will you prey on each other, like Capitalists?
It’s up to you, up to me, up to all of us together
when the floods come it’s more than just bad weather

If your neighbours suck, reach out further. No matter how red your state, there are always good people to be found. 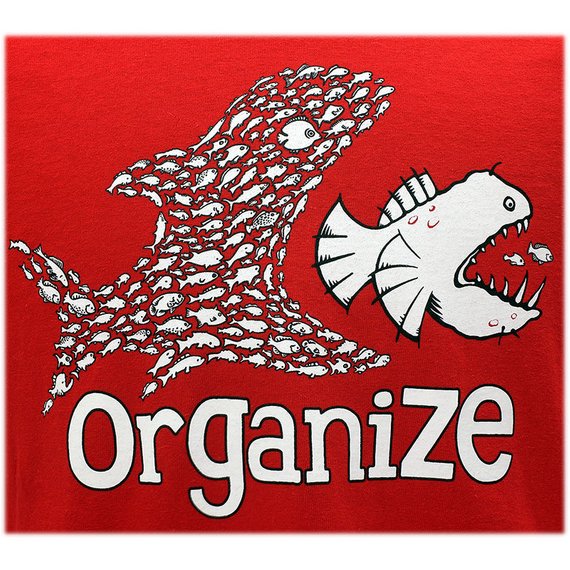