James Damore, the author of a 10 page MRA reddit manifesto[1][2] strawman[3] shitpost in a company-owned forum, has been fired. To idiots[4] online, this was an intolerable act of censorship[5] by the cultural marxist[6] authoritarian leftists so afraid and unable to deal with logic[7] and rah rah control freak no dissent[8] shall be tolerated.

So I called an acquaintance to chat about it. We call him Clueless Joe.

And that finally shut Clueless Joe up. Well, that and the fact I was no longer moving his cotton sock “mouth”.

Anti-diversity people are idiots. And we’re all stupider for hearing them.

Stupid fucker. If he hadn’t been fired, I would’ve had to boycott google and all its products because of its perceived support for such bigotry and nonsense.

The situation was technically interesting, and I wonder if Google was influenced by their former staff member, now running an HR consultancy, writing about how he would fire the person for, basically, indicating he would refuse to co-operate with management unless they met his requirements.

this conversation has come up on facebook with a high school friend of mine.

they said “this person has many good points.” i’ve said, “i can’t even bother.”

for their sake and the feeling of not wanting to ceed the internet to the wrongs, i feel compelled to respond. ( i haven’t. ) the other warring thought i have is that the sole fact this has spread is because of privilege.

but! some fragile man complains about diversity!? everyone is talking about it, and the ceo of google is canceling their vacation to “deal with it.”

really, it’s all a bit over the top.

my high school friend wants me to refute point by point. why even bother? the premise of even having the “conversation” is wrong.

I would’ve had to boycott google and all its products because of its perceived support for such bigotry and nonsense.

I have to say though that that is merely because you know about it. What large corporation do you think is different?

When I skimmed through his rant, I kept thinking “You’ll be out soon!!” Sure enough, bye bye asshat.

And the alt-right jerks? To Hell with 'em! Let them boycott Google, it can only help the search results and YouTube.

And the alt-right jerks? To Hell with 'em! Let them boycott Google, it can only help the search results and YouTube.

From your keyboard to God’s ears. In fact, please let them boycott this entire reality.

That’s what the block button is for

Yup. My Facebook wall is full of conservative press articles that friends/relatives/high-school classmates have angrily responded to, which all start with “First Amendment durr tee durr, I thought we lived in a free country, dum dee durr…”. Yes, asshat, as they all are pointing out, you live in a free country with laws protecting your freedom to speak freely, but the First Amendment doesn’t protect you from the consequences of saying really stupid, ignorant things that reflect extremely poorly on the company you work for.

but the First Amendment doesn’t protect you from the consequences of saying really stupid, ignorant things that reflect extremely poorly on the company you work for.

“The government shall make no law restricting” but HR departments can put in more or less what policies they like, in right-to-work states.

Fire a peasant at whim? Sure!

Fire an aristocrat for cause? Never!

Just send them that post from the former Google manager:

So, about this Googler’s manifesto.

You have probably heard about the manifesto a Googler (not someone senior) published internally about, essentially, how women and men are…

It covers everything nicely, and you don’t have to write anything. There’s another article around Apr how all the science links the bro included actually say the opposite of what he thought they were saying, but that might be too much for a Facebook discussion.

In fact, please let them boycott this entire reality.

Yes, asshat, as they all are pointing out, you live in a free country with laws protecting your freedom to speak freely, but the First Amendment doesn’t protect you from the consequences of saying really stupid, ignorant things that reflect extremely poorly on the company you work for.

If he were merely expressing an unpopular opinion, then I think they’d have an argument—you shouldn’t have to hide your politics from your employer—but the fact is that this guy is clearly toxic to his workplace. An employee who can’t work with women is a bad employee, regardless of whether or not his shit opinions cause the company bad press.

An employee who can’t work with women is a bad employee, regardless of whether or not his shit opinions cause the company bad press.

Just send them that post from the former Google manager:

The article cited makes the point that it is not limited to working with women but, on his own account, working with the people who have management skills. I’ve been around enough people who boasted that they “couldn’t be managed” as if that was praiseworthy. I know at least one highly paid developer who recognises that he lacks those skills and is upfront about it, which helps him stay in high demand - he doesn’t want the boss’s job, he wants clear direction which his boss can extract from the fuzzy thinkers who he struggles to work with.
I have also had the conversation in the past with engineers in which I had to explain that yes, I appreciated how they wanted to do things but I was being paid to ensure that what they were doing actually led to the profitable conclusion that would pay their salaries. That’s an important aspect of management that I think Scott Adams chooses not to appreciate. It’s also why one of the jobs of directors or VPs is to know when the rules have to be broken, write a memo breaking them, and take the consequences.
In my experience women engineers tend to get this, which means that even if they do not have the same single minded focus as the men the outcome can be better.

I didn’t read the rant, because really, what’s new in it that hasn’t been ranted on about before?

I wonder what his family background is like? White-bread conservative? Any suffragettes in his family tree?

But yeah, when are these types going to lose the scales from their eyes and the molasses from their brains and catch UP to the times? I know it’s possible - one of my friends used to be anti-gay, though not violently; but after talking to some of his daughter’s gay-male friends at her wedding, he did a complete-180, and in his late-50s, at that! So it does happen, it can happen. However, I also know someone of the same age about, and they’re both white males, who uses the “N” word to describe the music he plays to make money. So, it doesn’t happen to everyone. And it more’n likely won’t.

How does one prevent becoming jaded to all this crap? And I don’t want to constantly be righteously indignant.

I’m still wondering when did it become an idea that women can’t code?
That’s one I’ve never heard before.

Where’s Rick to find a reality just for the alt-right snowflakes?

If they new anything about ENIAC, maybe they’d change their minds?

I’ve seen it commented more than once that women can script and do, you know, easy stuff, but it takes a manly man to code in C#/assembler/whatever the techbro has an obsession with.

Because math. Or something.

As much as I don’t believe in an afterlife, I hope Grace Hopper is somewhere and laughing at them. I know the bros love to “debate” the extent of her contribution to computer science, but there is no debating that the Navy took her out of retirement more than once to work on math for them. 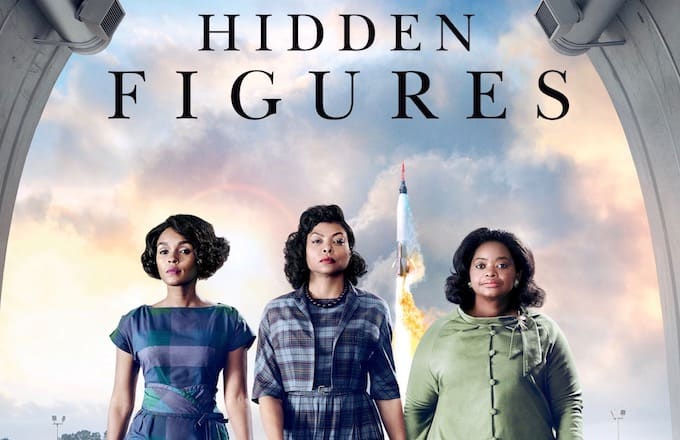