Interconnectedness, or, How ICE Might Kill You Without Even Trying 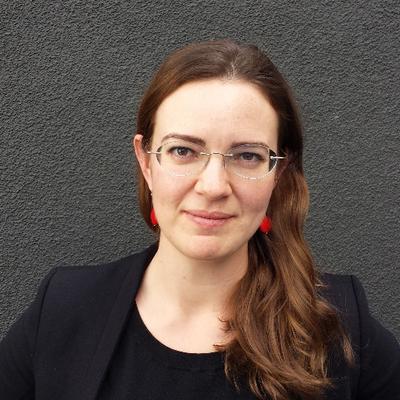 yes I have seen this article and yes I have thoughts but first, sleep esquire.com/news-politics/…

I do a lot of food safety audits. That means rolling up to farms w clipboard in hand. Farmers get real annoyed when people w clipboards annoying. But their workers get TERRIFIED. That's in a good year when there aren't ICE purges. This year is different. twitter.com/SarahTaber_bww…
11 Likes
MalevolentPixy October 2, 2018, 1:39am #2

YUP One of the farmers straight-up told @RyanLizza "if they were legal we'd have to pay them more." If you're confused on why farmers keep voting for bad immigration policy (even though they swear they "don't agree,") that's it right there. twitter.com/tx_drewdad/sta…

I grew up in dairy country, just not in the US. Your average family farm = multi-million dollar business. It’s hard to get workers here, too, but rather than exploit illegal labour, most farmers are opting to automate.

Now, one could argue that automation steals jobs, but this is a situation where it’s better (in my view) than the alternative. For some farms it’s not about profit, but survival: you can pay off equipment over time, but you can’t put off paying a person (or if you can, you’re evil).

Family farms can be good, if the people in the family really are good people. I grew up around good people, insofar as I know. But if they’re not, they can be just as horrible as any big corporate endeavour, if not worse.

These are awesome threads. I grew up in the country (not a farmer, but at least half my classmates were), and I can never get over how townies both romanticise and revile farms.

I once attended a lecture about organic farming, where the speaker was an actual organic farmer with an actual agricultural degree. He talked about yields, profit margins, having to tough out the lean years of switching the farm over to organic. He was excellent, combining a passion for organics with real business sense.

Most of the attendees were rather shocked to discover organic farmers had to make money same as everyone else. Sigh.

If not ICE, then a close cousin (and expect to see an expansion in prison labour as crackdowns continue. What else are they going to do with all these experienced skilled labourers in custody?):

Hey guys, I noticed something funny. The beef plant with the 7 million lb recall for Salmonella is in Maricopa Co, AZ. AKA the place where Joe Arpaio set up a convict leasing program for inmates living in squalid conditions.
8 Likes
kxkvi October 8, 2018, 8:36pm #5

BSE is generally not found in the US.

Of course, you can’t find what you refuse to look for.

Edited to correct a slight hyperbole. At the same time, the reported occurrence of BSE in the US is ridiculously low for a country that produces as much as the US does.

I’m amazed that BSE isn’t found in the U.S. that much, what with adding leftover neural tissue to feedstock (do they still do that?). But doesn’t it have a 30 year incubation period?

But salmonella is still very much a problem (and, in a way, thankfully shows up immediately). Of course regulation has been cut already over the years, especially in the industry-friendly Dept. of [Corporate] Agriculture.

I have cut my red meat intake to the bone, so to speak.

Shoot, shovel and shut up.

It’s close to what you said. Defund and discourage inspection and testing. Defang enforcement, and trust that people will just accept that these things are inevitable.

Salmonella, at least, can be killed with proper cooking. There are other, scarier things that there isn’t data on, because everyone is trying to avoid data collection.