Just why am I here?

I am not a rebel. I am usually going along with authority, trying not to make a fuss. I wasn’t around the old place for long, even if I did make “Regular” status So why am I here, part of the ruckus?

Because when I joined the BBS over there, it was because I saw a crowd of amazing members who were having these fantastic conversations. It was intimidating, at first, not from hostility, but from the sheer intelligence and breadth of knowledge displayed by the community at large.

But I took a chance and found a wonderful place where my ideas and thoughts weren’t looked upon as “out there”.

I had read the main blog off and on for years, but it never compelled me to stick around on a regular basis. It was the community behind that that drew me in. The conversations. The games. The fact that people cared about each other.

That’s why I am here. Because the things that made the community great aren’t the blog posts or the same kind of comments you can find on any decently moderated site, but the fun and great community fostered by the regulars, who cared about the place and wanted it to be awesome.

I don’t want to see that drowned by an admin who allows the place only on sufferance. I want to be in a place where ideas are loved and snarky gifs can hold a place of pride. Where an off-beat observation isn’t taken as a sign of disrespect, but as merely the minor digression it may be. Imagine the difference if instead of deletion and bans, TPTB had simply split the thread and planted something new. We wouldn’t need this new place.

I am here, because the best part of what made BB so great is here: the people who gave a damn and knitted together the community. And I feel sad for those who can’t recognise that.

So what brings you here?

I understand the reasoning behind the changes, but like many others feel that they’re so very shortsighted. Trust is one thing, intimacy is another, and that intimacy requires some degree of both trust and privacy. I was stunned to see so many conversations happening on the Other Side of Regular - very personal, very human conversations that are just not found anywhere else on the internet in my experience. It was nothing short of a miracle that a space evolved out of allowing complete strangers to meet and talk more privately after demonstrating their commitment to the community.

I forget who made the Cheers! analogy, but it was a place where so many of us felt at ease opening up with the very personal details of our lives precisely because they were in a more private space. We create that in our meatspace lives instinctively and with good reason. So yes, that sort of community is worth preserving and it galls me to no end that someone destroyed it to drive home a very petty point.

It was intimidating, at first, not from hostility, but from the sheer intelligence and breadth of knowledge displayed by the community at large.

A hundred times this. So many people bringing such a wide range of deep knowledge on so many subjects while also demonstrating humility about the limits of their own knowledge. And I think it was the first place on the internet that I’ve seen people say “You know what? That’s a good point. I’ve changed my position” on a regular basis. I still operate primarily in lurk mode and just love listening to all of it.

And to see so many people saying: “You know, I don’t generally get along with your opinions but appreciate your voice and still find value in listening to it.” Where else on the internet does one find that? Twitter? Pfff.

Like you, I read the main site on and off for years, dipping in and out. For some reason I’ve been posting semi-regularly lately, starting to have some nice interactions with people, and stumbled into being a Regular. I had a brief look at the Lounge and didn’t see much to interest me so I ignored it. I saw some comments about ModusOperandi being banned, which was sad because I enjoyed his comments, and saw references to OtherMichael which didn’t seem to mean a lot.

So I log into BBS today and see a shitstorm going down, 700+ posts in the Transparancy thread, which I spent most of this evening reading. I realised that I was starting to have fun on the board. Fun in the way I used to on a cyberpunk board I hung out on 10-15 years ago. There’s a diverse set of opinions and people and life experiences and geographical locations, and that’s interesting. Much more interesting than a Facebook filter bubble. and I realised that although I hadn’t engaged with Lounge, I probably would have soon, and I missed that sense of a wider community on the internet.

So, yeah, that’s why I’ve wandered over here. Lets see what happens now.

For over 15 years I moderated a huge, successful online community. I grew it from the initial user base of around 40 users to a place that had over 100 posts a day in its heyday.

The group from that space became the best of friends in meatspace. Though the board is functionally dead, we are all connected for life.

I feel this same connection to this group and the limit on capabilities and safety of the space was preventing me from freely and opening expressing myself as me.

In part, this feeling of being split apart in my online world and meatspace contributed to me having a manic episode last summer, for the first time in my life.

It was an informative episode, as well as scary, and sorting through the detritus of that has helped me to think about what I really want.

I kept trying to figure out, how to we start to really connect? How can we set up an environment where we can meet IRL? Where we can co-create? Where if we can’t get to meet IRL we can meet virtually in a way that is as close as possible.

In short, I became more interested in the mutants than the articles.

In short, I became more interested in the mutants than the articles.

This sounds like our community equivalent of “Reader, I married him!”

I just got here thanks to @ChickieD, and… yeah. I came to BB for the articles at first. One of my first comments was to respectfully correct an article that labelled something crocheted as knitted. I just kept commenting after that. The BBS is one of the few places on the net where not only can you read the comments, but you should.

But yeah, lately there are more cool links on the discussion threads than in the articles themselves. So if that community sees itself as being under attack, it makes sense that they’d move elsewhere – and even more sense to go with them.

And now here I am.

Thank you for joining us, @gadgetgirl -we’ll do our best to keep the community weird and wonderful.

There are a few initiatives to provide weirdness (Advertorial parodies) and wonderfulness ([LNN] - an adhoc news network where you write a blurb, link an article, and use the tag in the title) already in motion and I strongly encourage you to start moar. Weirder and Wonderfuller, folks!

My story:
Longtime fan of Cory, longtime reader of BoingBoing. Wasn’t highly active in the past, but that all changed when I got internet access. Quickly got into a spat with long-term regulars (protip: don’t call people cucks, even if they deserve it), generally misbehaved, and was highly active. When the St Elsewhere’s Day Massacre happened, I asked a few regulars why their avatars were blank… and it all went from there.

I love the community. I love the weirdness that is BoingBoing. But the two cannot co-exist in one space. The community needed its own space to be weird and wonderful and have deep and meaningful conversations away from the pricks, gators, and trolls that tend to swarm on Boingbbs.

I intended to build a new Discourse instance, and as it turns out so did @messana. But @LockeCJ beat us to the punch, so here we are. With everybody’s help, the community now has a safe place where it can grow in peace without pumpkin-colored overlords meddling.

Thank you for joining us on this pilgrimage. May you live in interesting times. And a very happy day to y’all.

I love the fact that we’re jumping back into re-creating some of the things we loved… and that they’re some of the community / social topics. Yet we’re still managing to hash out the running of this place. The nuts and bolts matter, keeping the lights on is important. Finding a more permanent shelter will be good, but we’re not forgetting who we are along the way.

I’m so glad you are here. It’s great to have familiar faces. This isn’t the first time I’ve been part of a community migration (the last one involved moving to Voat and then away from it after it was overrun with trolls) but I’m somehow even more excited this time. Drama can be good: it propels us to become better versions of ourselves and to make better things.

I’m here because I just cant quit you weirdos.

Oh, and also because Jlw is a petty, immature and vindictive fucktard with an ego the size of Cleveland. 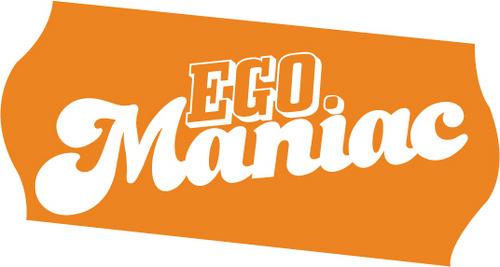 *insert you had me at hello gif here

I just want my avatar to to be visible…

Seems our old stomping grounds are getting stomped. It’s bumming me out. I’ve been reading BB since before the first nightmare of a commenting system. Didn’t join the conversation until about '06, and have since found an amazing community of Mutants. I don’t want to lose what the community has built, so here I be, albeit with a slightly altered username and temporary avatar. That’s our Weeping Peach as of Wednesday afternoon.

^^^ what everybody else said.

Like many, when BB switched from a blog to a… whatever it became, I found refuge in the BBS and then found I preferred the community to the authors.

Also jlw is a twit.

You’re letting him off light. I try very hard to avoid his threads. He once threatened me with a timeout for flagging something off-topic in a topic I created. Whatever happened to him in the last few months should never have spilled over to his “professional” life. Yet something changed with him, and he’s been taking it out on the whole community. That’s the sort of thing most people would be fired for.

I heard there would be space lobsters.

Yo. @messana , Normy says hi! I think. Never got a good read on that guy…

*insert you had me at hello gif here

I misread this as you had me at gif

I started to wonder about Jlw after this answer in the “Wtf is secret rune?” thread. Oddly hostile (and, now that I look back, hostile towards the bbs specifically).