Somebody should call Buckaroo Banzai.

Kuiper Belt Tilt Suggests Planet 10 Could Be Lurking At The Edge Of The Solar...

Scientists from the University of Arizona found evidence of a planetary mass object possibly the size of Mars in the outskirts of the Kuiper Belt. Could this be a hidden member of our solar system?

What about Haumea, Eris, Makemake, Quaoar, etc? Hell, what about Pluto? 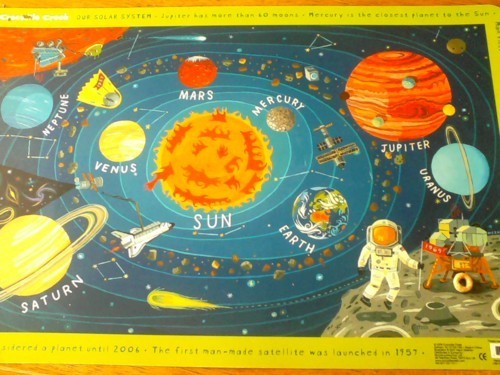 My little brother got into outer space and stuff so my step-mom bought him a place mat with all the planets on it. When I first saw it, I was upset, because it was newer and so Pluto wasn't labeled. I... 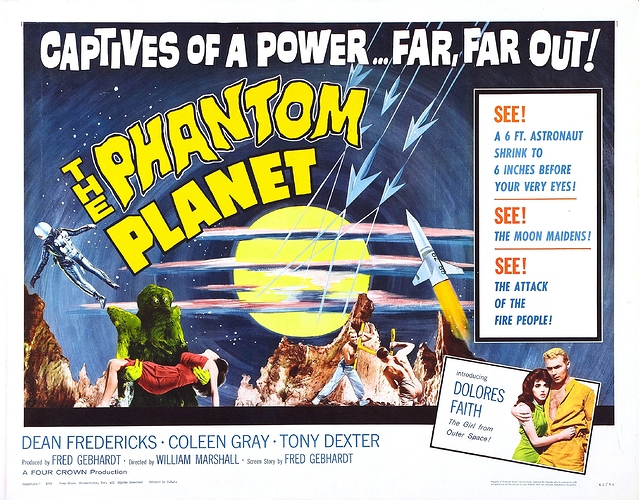 What about Haumea, Eris, Makemake, Quaoar, etc? Hell, what about Pluto?

Pluto does not dominate its orbit. The dominant object in Pluto’s orbit is Neptune.

Farther out than Neptune an object has to be pretty big to be considered a major planet. Even “Mars sized” might not be big enough.

There was an interesting paper in nature recently presenting the case that planet nine may not exist after all:

It’s tricky; this detection method has never been verified before.

it’s kind of fascinating that in some ways it’s easier to know more about distant galaxies than what might be lurking in our own backyard.

dark planet like bodies are of course more difficult to see than stars and quasars and all that. but we can “look at” stellar nurseries for goodness sake!

it’s kind of fascinating that in some ways it’s easier to know more about distant galaxies than what might be lurking in our own backyard.

Size and/or brightness. I don’t know what’s lurking in my own skull, for that matter.

I’m possibly reading too much into this, but Pluto was the “American” planet, discovered at the Percival Lowell observatory by Clyde Tombaugh. When it was downrated a British astrophysicist - Jo Bell-Burnell - was in the chair and there were a lot of complaints by American astronomers. There seems to be a determination to discover a new “American” planet out there and restore the status quo.**
I would say that astronomy should be bigger than this, but astronomers as a breed aren’t exactly known for their warm and friendly personalities (J B-B is an exception, despite being robbed of a Nobel) owing to the intensely competitive nature of getting telescope time and publicity. The general public knows diddly squit about astronomy except that there are planets going round the Sun*, and so a new planet is perceived as a big thing. But in terms of science it’s insignificant compared to the work being done on planets around other stars, which are extending our knowledge much more.

*except, presumably, Christian fundamentalists. If the Earth is 6000 years old, believing that the Earth goes round the Sun is too much of a stretch surely?

**Edit - my supervisor in statistics made a presentation to the BA showing the date, based on successive size estimates, that Pluto would disappear. After the first, every estimate of its size was progressively smaller.
He showed that the explanation was that when Tombaugh discovered Pluto, he gave the estimated size as being at the absolute maximum of the range. Subsequent estimates were more accurate but, as they were so much smaller, they too were given at the top of the range so as not to upset Tombaugh (with possible career damage). But the greater accuracy meant each estimate was smaller as they converged on the true value.
It’s a very minor scandal, but may have had lasting effects. It couldn’t happen nowadays when statistical results are so essential to scientific publication. Eddington’s check on Einstein also looks very weak when modern statistical methods are applied.
(As I have observed elsewhere I am no fun at parties.)

I think that Pluto’s legacy was well established by the New Horizon’s probe, though ironically, if “(486958) 2014 MU69” proves to be a much smaller, but no less interesting KBO, “King of the Kuiper belt” (as coined by NGT) will be a fitting demotion

(As I have observed elsewhere I am no fun at parties.)

Hell, what about Pluto?

It ain’t fuckin’ Pluto. Pluto can’t even clear the garbage out of its own orbit. Pluto, like Ceres, is cool, but unlike Ceres it is evidence for Planet 10 like all other Kuiper belt objet.