Lines on a map

You can see the outlines of history in the maps of election results. 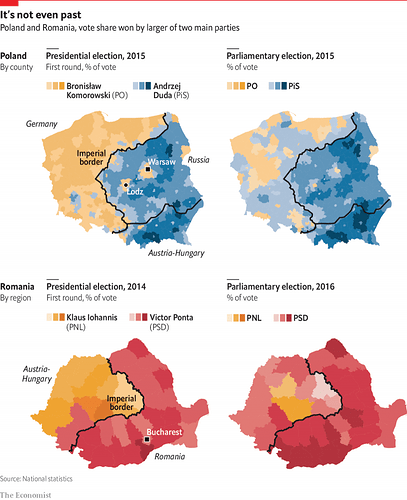 I was just thinking about this today, that the roots of society don’t go that deep here in the U.S., not even in the deep South, though it approaches it there. Which is why the bigots here are the kind of delusional dreamers that dream up the racist, nationalist taglines used in the fascist revolutions abroad, but broadly become punchlines and punching bags when the international fascists try to re-import that shit back here. “Sorry guys but we have seen that shit before, going back a long way. Sometimes it’s in fashion, but right now it still ain’t. And we’re not buying.”

I say this from the point of view that the American bigots are shooting the entire wad of what they are willing to do here to further a fascist agenda: