When Poettering’s latest plot to seize control of the Linux kernel system by splorghing a binary-blob all over, some developers revolted against the Red Hat’s ravaging ways. These developers formed Devuan, a fork of Debian that eschews systemd for traditional initv-style systems. And at long last, their work is ready for use and fully compatible with Debian repos. If you’ve been waiting for a systemd-free modern OS and didn’t grab Budgie, grab Devuan… and then install the Budgie window manager anyway (because it’s frelling awesome).

I get a refused connection otherwise.

So why is one better than the other? This is one of the few minutiae of system adminstration I never felt much passion about either way.

systemd attempts to run everything in its own binary blobspace. It doesn’t save human-readable logs, which is important for debugging and system administration. It royally fucks up some desktop environments. It doesn’t shut down and restart cleanly.

edit:
Poettering, the guy behind systemd, doesn’t trust the community to make pull requests. His attitude when HIS code breaks other working systems is that the other systems should be altered to serve systemd. His previous project, pulseaudio, was also shit.

Hmm, ok. I guess I just haven’t really had much interaction with systemd positive or negative. These days Linux is basically a Swiss Army tool for me and I don’t have any need to delve particularly deep. I can certainly see why the old init system would be preferred by many.

Poettering, the guy behind systemd, doesn’t trust the community to make pull requests. His attitude when HIS code breaks other working systems is that the other systems should be altered to serve systemd.

Devuan release 2.0 is out today, bringing out-of-the-box support for nearly every window manager. Like its predecessor, it uses a sta le version of Debian as base, with all the systemD components to replaced by ones that play nice with init.

Anyone know of a good ancient or medieval os?

If you have a pi I thought risc os was nifty.

Proprietary (versions 4 & 6) RISC OS /rɪskoʊˈɛs/ is a computer operating system originally designed by Acorn Computers Ltd in Cambridge, England. First released in 1987, it was specifically designed to run on the ARM chipset, which Acorn had designed concurrently for use in its new line of Archimedes personal computers. RISC OS takes its name from the RISC (reduced instruction set computing) architecture supported. Between 1987 and 1998, RISC OS was contained within every ARM-based Acorn com... 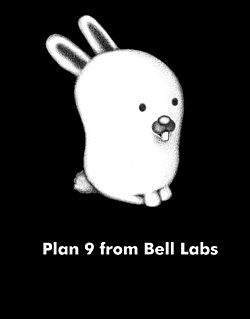 Plan 9 from Bell Labs is a distributed operating system, originating in the Computing Sciences Research Center (CSRC) at Bell Labs in the mid-1980s, and building on UNIX concepts first developed there in the late 1960s. The final official release was in early 2015. Under Plan 9, UNIX's "everything is a file" metaphor was to be extended via a pervasive network-centric filesystem, and graphical user interface assumed as a basis for almost all functionality, though retaining a heavily text-centri...

Thanks. I suppose abacus techniques could be considered software, but closer to application-level than full-fledged operating-system-level.

If you get bored of abaci try this.

A Bunch of Rocks