In-depth stories, longer form journalism. Stories that take some time, and are the better for it. 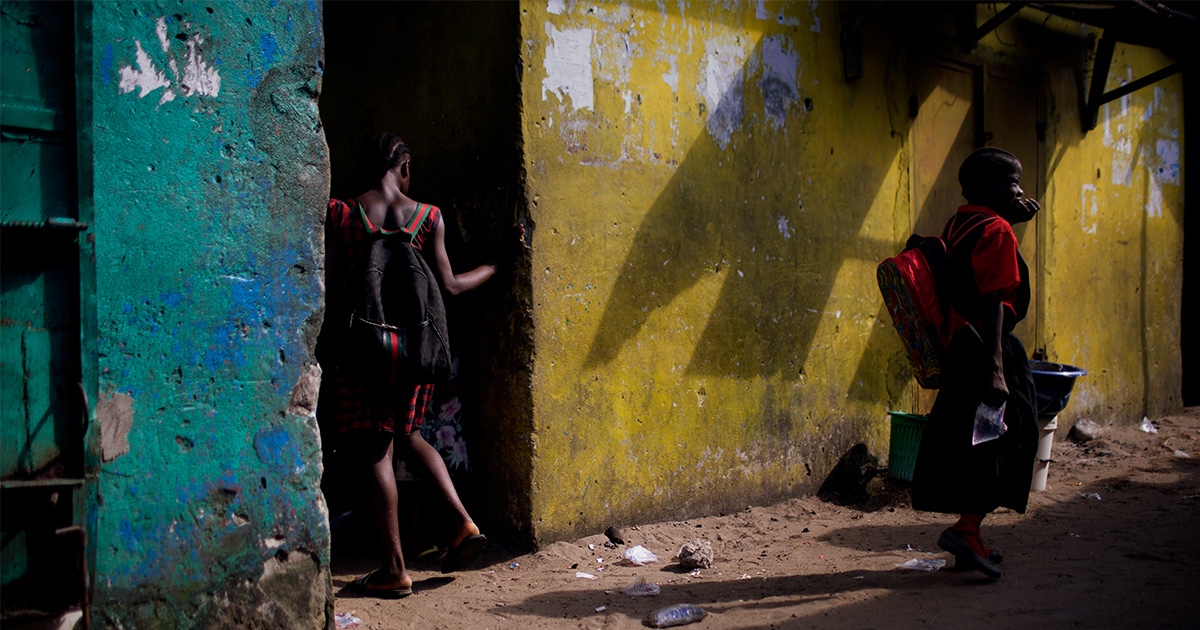 An acclaimed American charity said it was saving some of the world’s most vulnerable girls from sexual exploitation. But from the very beginning, girls were being raped.

When I saw “long reads” as the post title my first thought was “ProPublica” and, sure enough, the first link is a ProPublica story.

I haven’t read the story linked above because I just can’t even with that sort of shit right now (sorry), but it did make me think of the last one of theirs I read that stuck with me. 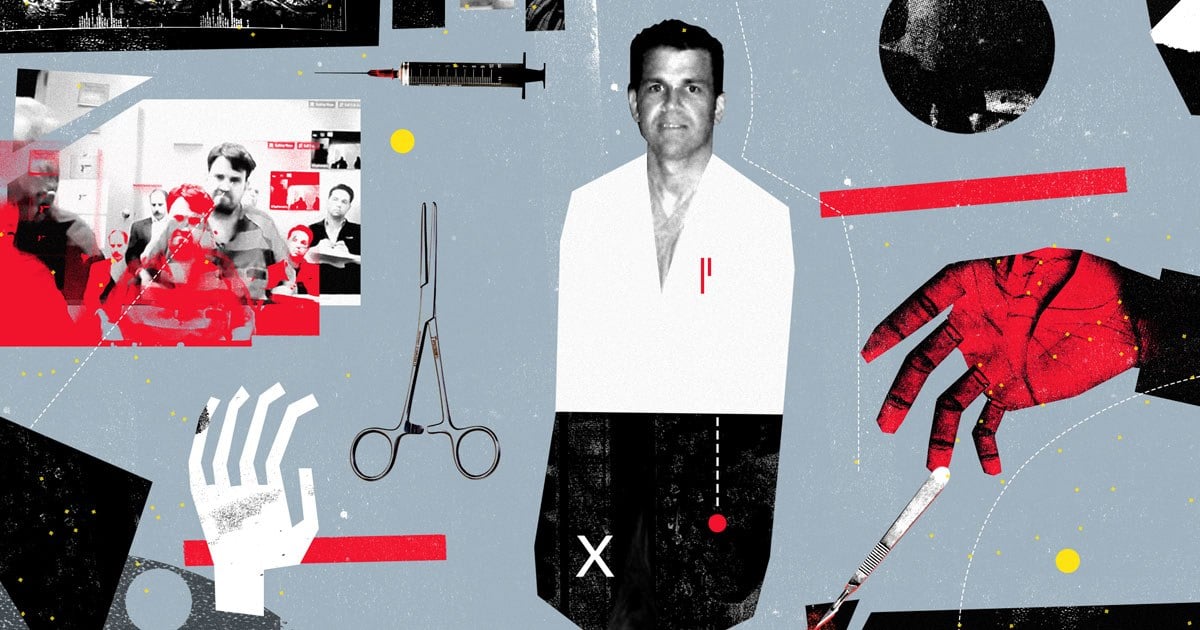 A Surgeon So Bad It Was Criminal — ProPublica

Christopher Duntsch’s surgical outcomes were so outlandishly poor that Texas prosecuted him for harming patients. Why did it take so long for the systems that are supposed to police problem doctors to stop him from operating?

When I got to this part, I was so squicked-out that I actually had to stop reading and come back to it later. (emphasis mine)

When Duntsch arrived, the staff told him that Brown, his patient from the day before, was in critical condition.

Soon after beginning Efurd’s surgery, Duntsch turned to Kissinger and told him to let the front desk know he would be performing a procedure on Brown called a craniotomy, cutting a hole in her skull to relieve the pressure in her brain. Problem was, Dallas Medical Center did not perform those, or even have the proper equipment to do them.

As he operated on Efurd, Duntsch quarreled first with Kissinger and later with his supervisors, insisting on a craniotomy for Brown, according to court testimony. All the while, the operating room staff questioned whether Duntsch was putting hardware into Efurd in the right places and noticed he kept drilling and removing screws.

In the end, Duntsch did not perform a craniotomy on Brown.

I’m a little squeamish, so much of this article is just pure nightmare fuel.

It’s like those stories of surgical patients waking up during surgery but still being paralyzed, so they can feel what’s going on but can’t tell anyone, all because the anesthesiologist was stealing drugs from the hospital supply.

An interesting study on emotions, feelings, and what they say about human and animal consciousness: 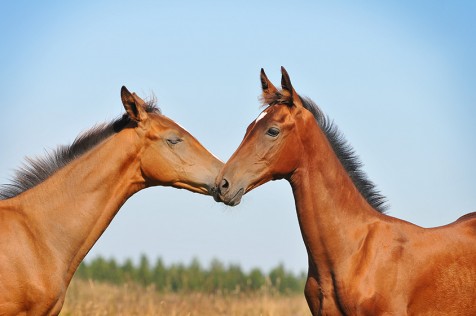 Feelings: What Are They and How Does the Brain Make Them? - MITP on Nautilus

The human mind has two fundamental psychological motifs. Descartes’s proclamation, “I think, therefore I am,”1 illustrates one, while Melville’s statement, “Ahab never thinks, he just feels, feels, feels,” exemplifies the...

Bruce Schneier on how our current problems with hacking is going to only get worse… he advocates for government intervention:

And an interview with Jaron Lanier on social media:

(I don’t know why it’s not one-boxing, but the exclamation point is supposed to be there, so you may need to cut and paste?)

Canceling the exclusivity of patents would be a good start, interventionwise. Discontinuation of intervention? Yes. More accurate.

Review of the new Jill Lepore history of the US, which makes some important points about history and modernity:

Also, a piece on moral laziness and philosophy of ethics: by Thomas Wells Middle age brings sometimes uncomfortable self-reflection. One thing I have realized is that I am not a particularly good person. Not evil, just mediocre. Lots of people are much better at morality than me, including many of my...

I am profoundly uneasy whenever someone advocates using contract law to make morality easier.

Part of the reason, Lepore has surmised, is that too much historical writing—and perhaps too much nonfiction in general—proceeds without many of the qualities that readers recognize as essential to experience: “humor, and art, and passion, and love, and tenderness, and sex… and fear, and terror, and the sublime, and cruelty.” Things that she calls “organic to the period, and yet lost to us.” Lepore’s training as a historian, she’s said, tried to teach her that these things did not contain worthy explanations. In graduate school her interest in them “looked like a liability, and I took note.”

This is exactly what turned me off of history and geography.

It wasn’t the subject itself, because I could have easily recited to you the history and geography of a dozen fictional worlds more easily than I could have even described that of my own neighbourhood.

Writers of historical textbooks need to take their cues from fiction writers, because the latter know how to engage an audience, to deliver exposition while at the same time making the facts being delivered feel personally important to the reader.

Storytelling comes as naturally to humans as breathing: it’s how we spread our knowledge, how we gifted truths to our communities and unto the next generation. And yet too few of the lessons we’ve learned about how to tell compelling stories about things that haven’t happened are being utilized to teach us about the events which have happened.

Some years ago, for instance, I worked through the arguments around animal rights and decided to my intellectual satisfaction that the case against eating them was completely compelling. But I still eat meat nearly every day.

This is me almost exactly.

This role for government used to go much further – into upholding certain standards of sexual morality for example. The trend these days is to reject that role in favour of an individualistic free market approach. But do we actually respect people’s moral freedom when we set them up to fail their own moral principles? How many of the people who consume animal products, watch pornography, or buy smart phones built from slave-mined minerals are entirely morally content with their choices?

I know that I would be much better at living up to my vegan moral conclusions if meat products were universally banned. But I recognise the unreasonableness of imposing such a thing on everyone else merely for my moral convenience. But perhaps the power of government could be more precisely targeted to individuals. We could sign up for legally binding personal bans on immoral behaviour. Instead of having to make the right decision every time I passed a grocery store or restaurant, I would only have to make it once every few years. Morality made easy is morality made achievable.

I agree that the “hands-off” approach isn’t working. But the “personal bans” thing wouldn’t be a good idea either.

There’s a lot of hand-wringing about “Well, if we can’t actually improve our own morality, let alone other people’s, then what are ethicists even here for?” The obvious answer sails right over the author’s head: they’re for guiding governments.

Using slave-mined minerals is immoral; ethicists should be lobbying governments to stop doing business with those who do. Pornography isn’t inherently immoral, but the conditions under which it is being made are problematic at best; ethicists should be lobbying governments to improve workplace conditions so that it’s like any other job. Weaning an entire society off of meat will be challenging, if not impossible; in the meantime, ethicists need to lobby governments so that the animals are at least treated humanely. If this imposes additional costs on the consumption of meat: good. That makes the decision to eat less of it easier.

If ethicists can’t guide individuals, then they should do what they can to guide whole societies.

Writers of historical textbooks need to take their cues from fiction writers, because the latter know how to engage an audience, to deliver exposition while at the same time making the facts being delivered feel personally important to the reader.

That’s pretty much straight up what the late Hayden White argued, that history is a literary genre rather than a technical(?) genre… 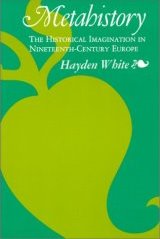 Metahistory: The Historical Imagination in Nineteenth-century Europe is a work of historiography by Hayden White first published in 1973. On the second page of his Introduction White stated: My own analysis of the deep structure of the historical imagination of Nineteenth century Europe is intended to provide a new perspective on the current debate over the nature and function of historical knowledge. The theoretical framework is outlined in the first 50 pages of the book, which consider in de... 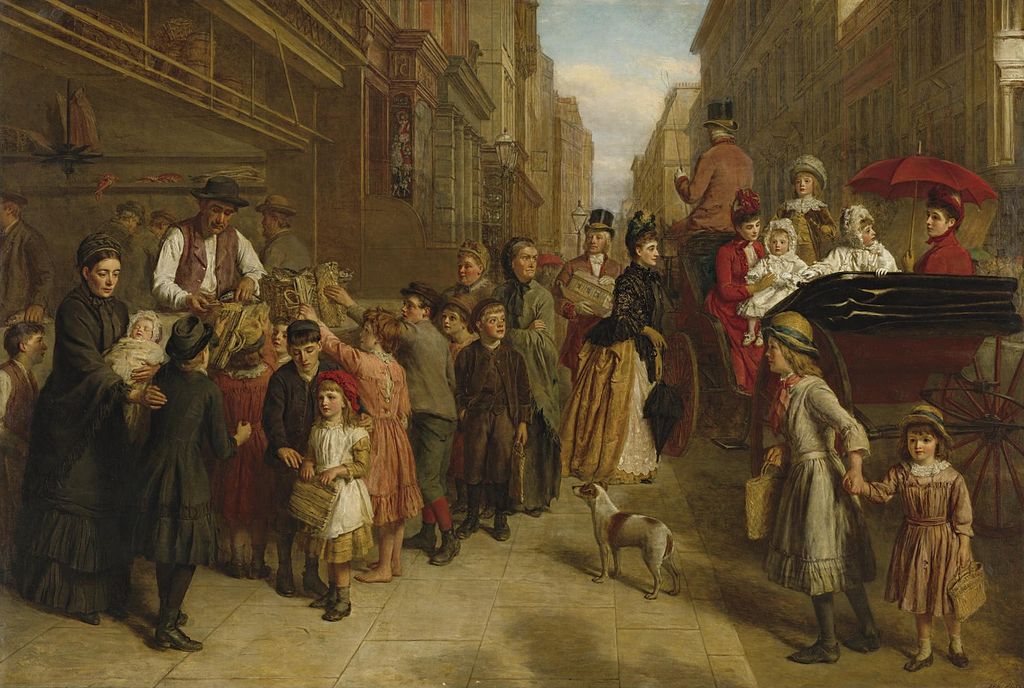 Should We Care About Inequality?

Since Occupy Wall Street, “inequality” has emerged as a central theme of progressive politics. Is that a good thing?

Has a pretty good history of the concept of inequality in the 19th and 20th centuries and how economists and philosophers have grappled with it over that time.

Also from the Jacobin, this interesting article about how aspects of the Victorian era are still part of the class structure today, with how one consumes and shapes one life turned into a personal virtue for the purposes of enforcing class divisions: 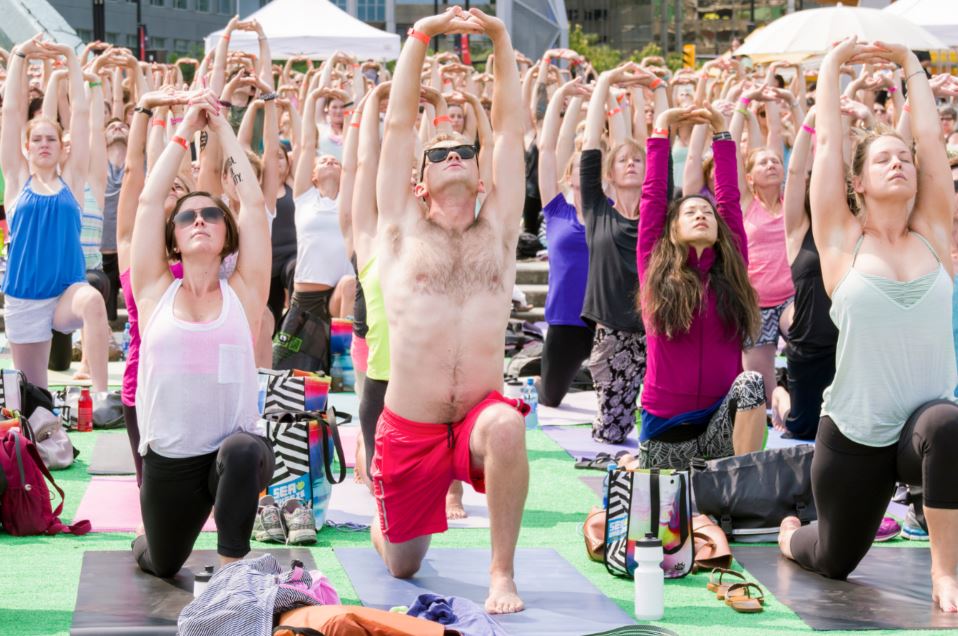 Sorry, no one box for this one apparently. A good meditation on how the Duke, Buchannon, and Perot political campaigns shaped the GOP and set the stage for today. 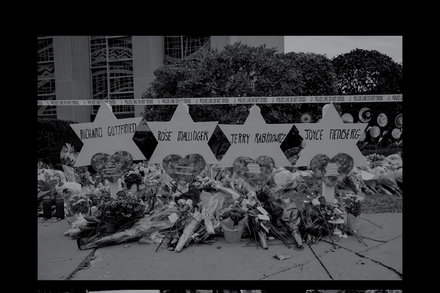 U.S. Law Enforcement Failed to See the Threat of White Nationalism. Now They...

For two decades, domestic counterterrorism strategy has ignored the rising danger of far-right extremism. In the atmosphere of willful indifference, a virulent movement has grown and metastasized. 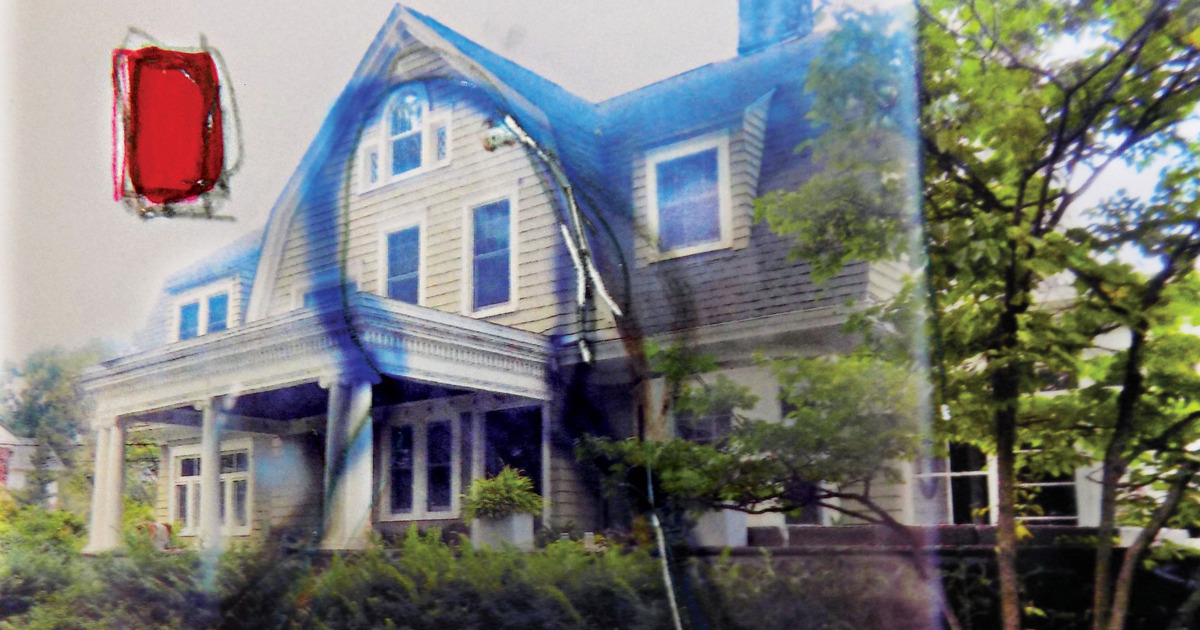 The Haunting of a Dream House

A New Jersey family bought their ideal home. But according to the creepy letters they started to get, they weren’t the only ones interested in it.

That had a nice twist at the end, even though the ending overall was somewhat unsatisfying. It wasn’t necessarily unexpected, but by the time I got to the end, I really wanted to know who The Watcher was!

At one point, Derek persuaded a friend in tech to connect him to a hacker willing to try breaking into Wi-Fi networks in the neighborhood to look for incriminating documents, but doing so turned out to be both illegal and more difficult than the movies made it seem, so they didn’t go through with it. 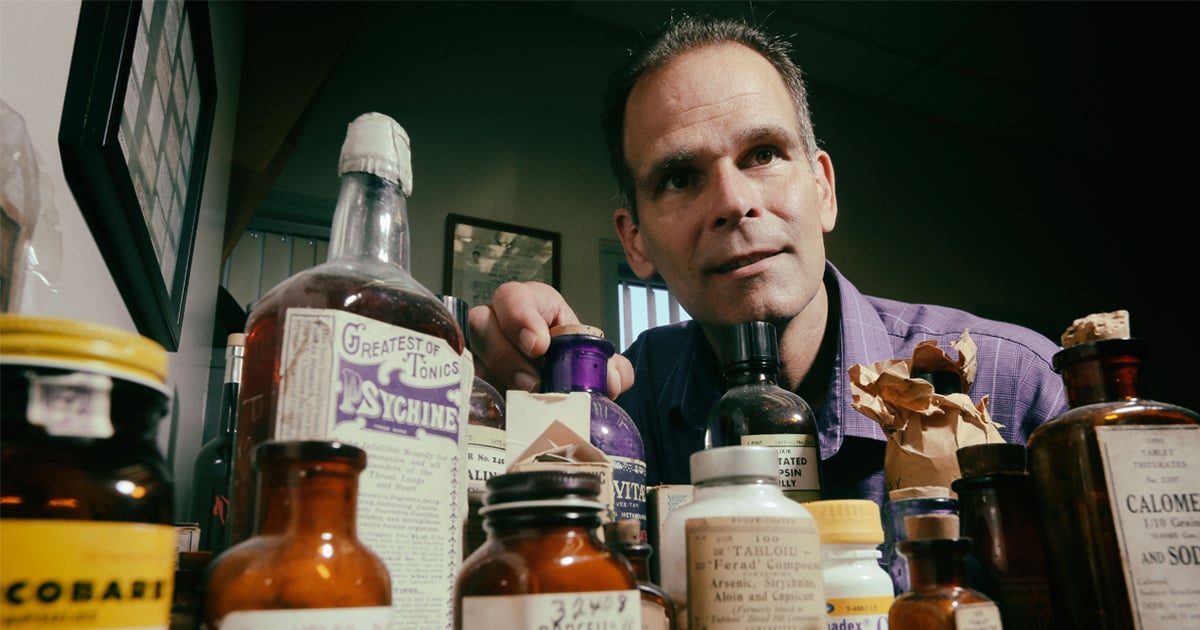 Hospitals and pharmacies are required to toss expired drugs, no matter how expensive or vital. Meanwhile the FDA has long known that many remain safe and potent for years longer.

It definitely hits some issues I’ve wanted to get to. For whatever reason I never really got exposed to any other views about movements of academic fashion except the kind of views I thought were disjointed or nonsensical or just deliberately stupid (McLuhan, among others). I’ve always thought that school doesn’t work unless it’s always doing a good job of storytelling.

Honestly, from my own experiences teaching, I think that’s only true of some people, who are probably drawn to the humanities anyway. For some people, they just want to know what hoop to jump through to get the degree.

Let me know what you think of White (he recently passed away, actually). It’s been a while since I read it, so maybe I should go re-read it now that I’m on the other side of getting my degrees.

I think I’m gonna have to pick up this book: 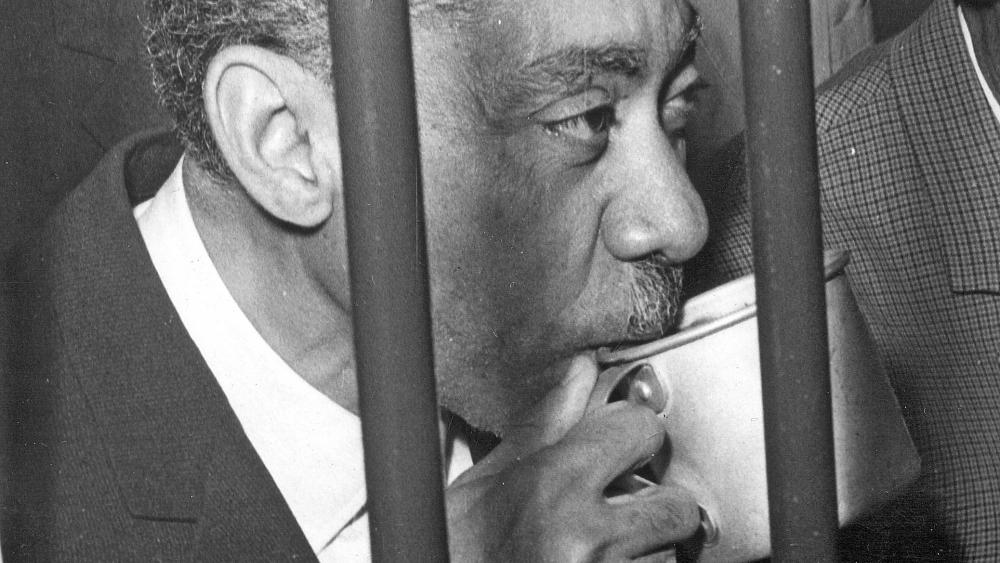 Gamal Abdel Nasser and Sayyid Qutb are usually remembered as bitter enemies and representatives of two sides of Egypt's most intractable political divide. But in his book Making the Arab World: Nasser, Qutb, and the Clash That Shaped the Middle East,...