The indictments of Manafort and Gates are a strong signal that the Trump campaign structure was rotten to the core. Papadopoulos’s guilty plea is even stronger evidence of that Trump and his advisors were either stooges or conspirators in the Russian campaign to influence the US election and elect Donald Trump, and that there are significant indictments to come. So is this the beginning of the end, the end of the beginning, or more of the beginning of nothing like so many other scandals that have petered-out? 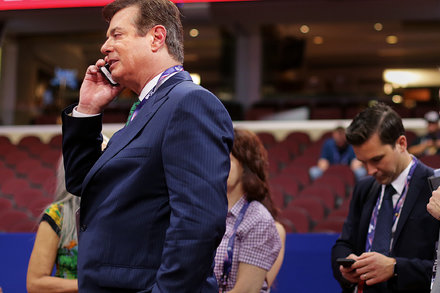 Paul Manafort and a former business associate, Rick Gates, were indicted. A foreign-policy early adviser to President Trump pleaded guilty, admitting he was told about “thousands” of Clinton emails.

I chose my username for a reason and I’m not prepared to get too excited about this until the shit doesn’t so much “hit the fan” as “sweep the fan off the face of the planet in an effluential tsunami”, buuuut:

Incidentally, Effluential Tsunami really sold out after their second album.

But but hardly anyone cared about this guy.

Yep, he’s totally not even in this photo, screencapped from the article below. 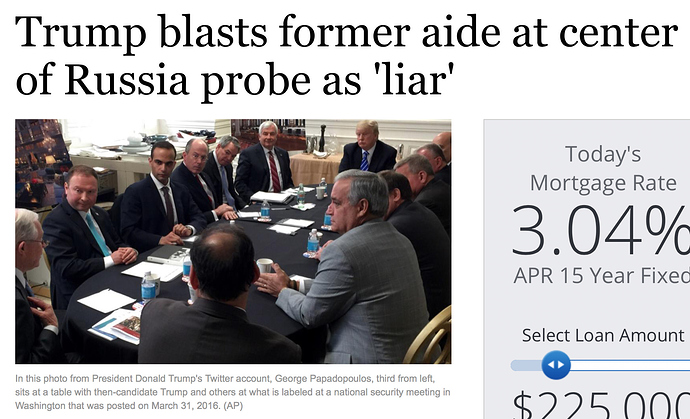 I wonder if all the low level volunteers got to go to national security meetings. I mean, it had to have been so many of them that turnip can’t even remember him using his best-memory-in-history.

the tidbit about how Papadopoulos plead guilty to a lesser charge back in JULY in exchange for (probably) wearing a wire and getting more damning evidence from higher-ups in the trump regime until the news broke about him this month has GOT to have them all FREAKING OUT, haha.

Again, and I don’t think this can be repeated enough:

Even if it comes to nothing, watching them crap their collective pants just a little bit is totally the kind of schadenfreude I can get behind. 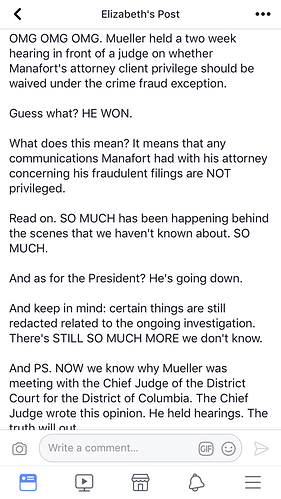 watching them crap their collective pants just a little bit is totally the kind of schadenfreude I can get behind.

I got lost a little in the legalese of the original judgment but here’s a pretty good analysis of the hows and whys from Slate:

Although that development got lost in the blizzard of Robert Mueller news, it was in some sense the big news of the day.

I hope this thread and others like it will be filled to bursting with such gifs…in due time, of course.

A wholly made up US Media personality, with 70K twitter followers, via Russian troll farm

Roseanne Barr and Michael McFaul argued with her on Twitter. BuzzFeed and The New York Times cited her tweets. But Jenna Abrams was the fictional creation of a Russian troll farm.

If it’s Kelley we’re doomed, in the sense that he may be a jackwad but I get him at least. He’s the one in the cabinet whose mental age and apparent age line up. If he bails it’s because the house is on fire, that guy wouldn’t give up trying to keep the Office of the President looking competent if it weren’t a lost battle, he’d give up if the President were about to take it to the streets - which remains an option for his desperate malignant ass - that would lead to widespread violence I think. May cooler heads prevail and our imagination not get ahead of us.

Time for some more popcorn. Time to stop letting out line, and pull the rope taught.